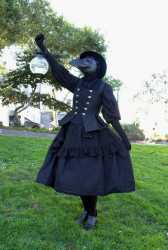 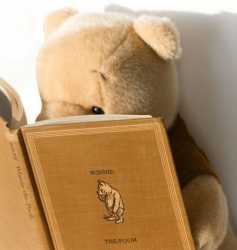 43KiB, 500x526, bd3180d3581e83705586d017152ccd11.jpg
View SameGoogleImgOpsiqdbSauceNAO
Quoted By:
276 posts and 29 images omitted
Anonymous
Quoted By: >>10343258 >>10343283
>>10342924
You realize that lots of LJ users posted on multiple communities, right? Just because some lolita comms didn't have anon posting on doesn't mean that others didn't, and it also doesn't mean that LJ users didn't post on other comms that used that kind of slang frequently.
Anonymous
Quoted By:
>>10340839
>I've been finding that specific preorder items I see on devilinspired aren't available on taobao, so does devilinspired get first grabs or have some agreement with the brands
A lot of Taobao brands do preorders via their Weibo profiles first, could be that.
Anonymous
Quoted By:
>>10343059
Shhhhh, shut the fuck up and don't revive it.
Anonymous
Quoted By: >>10343283,1
>>10343059
You are on cgl, we are talking about the usage of the term among lolitas. And no, most of lolita-lj users didn't use any lj community outside of lolita ones by the time nayrt got used on btb.
Anonymous
Quoted By:
>>10343283
for the record, this is wrong. i was on lj, and i frequented the writing and makeup communities, as well as the lolita ones. So did my friends.
Anonymous

Quoted By:
Fyi the JCCC is having their annual bazaar on Saturday May 2nd. It's a good event if you're shopping for Japanese goods, plus admission is free. 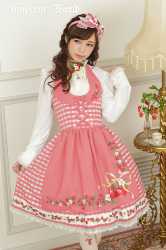 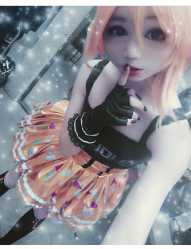 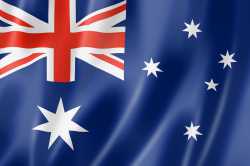 425KiB, 1000x667, australian-flag-hd-wallpaper-2[1].jpg
View SameGoogleImgOpsiqdbSauceNAO
Quoted By:
Last one died so here we are again.

Less than a week until Perth Comic Con and 2 until Adelaide's.

Archive of last thread (when it is eventually pushed off the board) can be found here: https://archive.rebeccablacktech.com/cgl/thread/S9394992

Newcon aka Anime PDX is an anime convention in Portland, Oregon. The convention head has not only cheated guests and individuals out of payment every year, but they have also personally gaslit, cheated, stolen from, attempted rape, and defrauded people in the Portland cosplay community.

The convention is committing payroll tax fraud, misallocating funds on purpose. In addition, they recently switched from a "nonprofit" organization to a "for profit" organization, but are running under an expired business license. The convention head is embezzling money from the convention by using the Newcon PayPal for his own personal banking/fun money. He has made a living out of dodging lawsuits and leeching off of innocent people, leaving them in the dust when it's time to move on to the next group.

Every time when under enough pressure as to why the fuck Newcon hasn't paid their bills, the convention will issue an excuse that retreads the same half assed apology about disorganization, citing "miscommunication", and that they are a "young convention" of 6 years. This is a pattern of behavior, and they're going to keep at it for as long as they can. The convention will only pay once it's threatened with legal action or actually sued.

Since the last thread, artists and vendors are canceling tables, the Portland Lolita community has boycotted future attendance, guests are backing out, and an executive has quit. Keep the momentum going, spread the word, don't let this convention continue to steal money.

Report the convention/convention head for tax evasion/fraud through this link: https://www.irs.gov/individuals/how-do-you-report-suspected-tax-fraud-activity
324 posts and 29 images omitted
Anonymous
Quoted By:
>>9399980
I was on that beach trip, had fun. It there was definitely drama floating around. Upside was I met lots of chill new people, BUT FUCK THAT CABBAGE!
Anonymous
Quoted By:
>>9401197
The thread is dead but just to clear up one thing. The house didn't turn into a pigsty after Mike left. It turned into a pigsty after the people who did all the fucking cleaning bailed. Mike was just as much as a slob as the others in that house.
Anonymous
Quoted By:
>>9400911
I think about 2014? I don't remember exactly. To keep it on topic though, he did talk about the convention a lot, and all the partying he was going to be doing.

I also remember one year (maybe it was at Wonder Northwest? It's been so long, I can't honestly remember.... Whatever.) he went around and offered me, and several of my friends (we were minors at the time) vodka gummy bears and everclear blueberries. He KNEW us, too. He knew we weren't 21 yet. And at Kumoricon, I sawhim offering several of my friends alcohol in the park. Several of my friends told me he gave them booze, too. This was about 2014, also? Several of which, were girls. Nice and creepy.

I mean, it's absolutely not uncommon for people in the con scene who are 21+ to buy bottles of booze for their under 21 friends, but generally it's kept in their hotel room, and also not distributed to minors who are mostly strangers to this man, in public, in broad daylight. Unless I'm looking at cons through rose tinted lenses, here.
Anonymous
Quoted By:
I know this thread is dead but for anyone who happens to scroll all the way down here, I really just wanna get this out there:
All of this just makes me really sad; as someone that has personally staffed cons under Mike, I know for every crappy staff member, there's a dozen more that worked their asses off the whole year round to just make this con happen even through shitty direction from the con head:( I'm hoping someone more qualified will be able to take over soon and do justice to all the genuine hard work some of us have done to get the con noticed! I know there are lots of nice faces behind the scenes and lord am I hoping that next year's "resentment/boycott" won't be taken out on them:/
Anonymous
Quoted By:
>>9398629
>you CAN'T rape if your dick never gets hard and I should know, my dick NEVER gets hard.

Yes you can, you fucking moron. Rape is nonconsensual penetration, with anything.
I was giving the benefit of the doubt, but that uneducated statement trashed everything remotely forgivable about you.
AM Truther !!CUb0HeQAwMW

I have something that will shock and disappoint you about John Leigh and Misako Aoki.
26 posts and 4 images omitted
Anonymous
View SameGoogleImgOpsiqdbSauceNAO FB_IMG_1483511251764.jpg, 19KiB, 456x456

Quoted By:
When lolitas go as far as making up dumb shit on the spot.
Anonymous
Quoted By:
>>9395899
have you ever noticed you never see Mana and Misako in the same place at the same time? 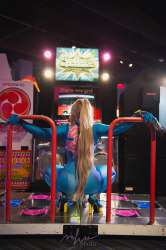 1MiB, 1000x1498, Samus-MHW-004-wm.jpg
View SameGoogleImgOpsiqdbSauceNAO
Quoted By:
her name is momokun cosplay... youre welcome
135 posts and 15 images omitted
Momokun
Quoted By:
She's cute!
Anonymous
Quoted By:
DO YOU LIKE IT IN THE ASS?
Anonymous
Quoted By:
>>8825104
She reminds me of Envyus Deviant. Not good looking, fat, and wearing as much photoshop and corsets as possible.
RedB
Quoted By:
I enjoy all of you anonymous fuckers just being absolute cowards and only saying shit behind her back. You're incredibly pathetic and probably aren't even doing half as much as she is to follow her dreams. Jealousy is weird, stop.
Anonymous
Quoted By:
She's a fat whore.... so what....? Isn't this what bbws do? Cumdumpster for everyone?
Anonymous 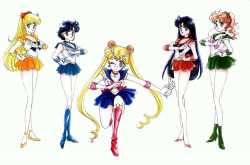 Or they should have never mutilated their body to begin with and we should shame them like the sluts they are.
Anonymous
Quoted By:
Image limit reached, gulls.