AVGN made a video about Saturday Mourning Cartoons.

Which made me curious.

What were YOUR favorite Saturday Mourning Cartoons? (If you have one)

That and no American productions saved them, those were the yearly Lupin III specials and Anpanman that saved them.
Anonymous 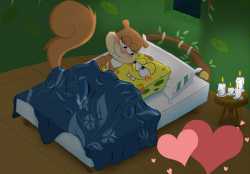 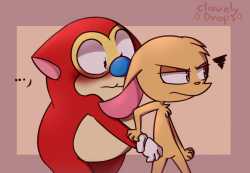 The studios may have the same names but they don't carry the same talent as back then.
Anonymous
Quoted By:
>>133215806

Since, I wanna say Adventure Time, board artists are basically mini-directors at least on CN shows. Not to mention barely any actual animation is done in-house anymore so may as well get some groundwork done during the animatic phase.
Anonymous
Quoted By:
>>133215806
>We've been outsourcing since the 70's.
1959 with Rocky and Bullwinkle really, that was animated in Mexico by Gamma Productions.

>Rough Draft (Who is still the main studio we use today).
Not anymore, Snipple replaced them as they're the main studio everyone in the west uses, outside of Spongebob only Disney still uses Rough Draft.
Anonymous
Quoted By:
>>133215690
Whats the difference
Anonymous
Quoted By:
>>133215690
It literally says right there that that's an animatic, not a storyboard. Fuck's sake.
Anonymous

Quoted By:
>>130516869
Less episodes than Camp Lazlo and My Gym Partner's a Monkey, that's how hard it bombed.
Anonymous
Quoted By: >>130519395
>>130516201
I can't imagine what kind of autism fuels a person to post the same shit again and again and again, day after day, not hundreds but thousands of times. Not even NRDT was this much of a sperg. Even if this was supposed to be bait for the lulz xddd, only someone with a severe mental disorder would spend several hours a week on his ebin trolling. Only a broken person would do this. And the worst part is that he actually thinks he's witty because he still tricks a few retarded newfags from time to time, and he probably doesn't even realize how pathetic his game is. How can someone's life be so empty and meaningless? This is actually depressing.
Anonymous
Quoted By:
>>130517835
I dunno this troll op just seems like firing and forgetting an OP, using all your pics in less than an hour and then leaving once you’re out of ammo while the rest of the thread crash and burns
Lazy and quick, but it works because you dorks can’t stop replying to these guys
Anonymous
Quoted By:
>>130516283
>>130516283
KILL YOURSELF YOU WHINY MR ENTERFAG
Anonymous

Quoted By:
he'd be in paradise
Anonymous
Quoted By:
>>133219365
That's one of the reasons why Season 2 was disappointing for me. She had a lot of potential before the writers fucked up her character. At this point I expect them to ruin everything in Season 3 by giving her a redemption arc out of nowhere.
Anonymous
Quoted By: >>133222600
>>133201551
>Kengan Ashura
Will be a total moralfag the entire time. Will constantly try to talk-no-jutsu or do a “muh corporate greed” before getting beat by one of the more psycho fighters like Akoya or Kanoh.
Anonymous
Quoted By:
>>133222512
Now I'm seeing Raian using Steven as a punching bag whenever he speaks about pacifism or whatever bullshit hippies are involved in.
Anonymous
View SameGoogleImgOpsiqdbSauceNAO Hank5.jpg, 12KiB, 444x292 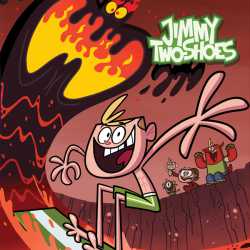 >>133221991
This is a very recurring theme in Canadian animation. We need the American shekels but in return they butcher cool ideas into oblivion.
Anonymous 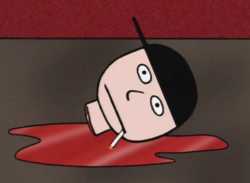 121KiB, 1200x675, Flynn.jpg
View SameGoogleImgOpsiqdbSauceNAO
Quoted By:
How about an unpopular /co/ opinion thread? I'll start it off with three of my own.
1. The Harley Quinn Animated Series show is good.
2. The She-Hulk show is decent, Jennifer is funny.
3. There is nothing inherently wrong with LGBT characters in comics and cartoons.
101 posts and 20 images omitted
Anonymous
View SameGoogleImgOpsiqdbSauceNAO Marvel.png, 15KiB, 1270x149