1MiB, 1212x692, r3descax.png
View SameGoogleImgOpsiqdbSauceNAO
Quoted By: >>86925209
>Consorting with Eldar
Is there no heresy that R*gue Traitors won't embrace? What's next, hiring ork mercenaries? How about replacing the techpriest with a Necron?
296 posts and 29 images omitted
Anonymous
Quoted By:
>>86914836
Our pophet! Tell us what the future holds.
>>86915027
Anonymous
Quoted By: >>86925212
>>86903647
>What's next, hiring ork mercenaries?
I fucking hate lorelets like you wouldn't believe.
Anonymous
Quoted By: >>86925218
>>86925209
It's funny to see all the secondaries finding out about Rogue Traders and what they can do for the first time.
Anonymous
Quoted By:
>>86925212
WHY DID YOU BUMP THIS
But yes.
Ditto female guard in Darktide. No you fuckwit this has always been in because it was in the Starship Troopers movie.
Anonymous
Quoted By:
>>86904601
>You'll never be a freak navigator making dozen of freak spawn with your cousin-wife
Sorry to rein on your parade parade but when you have hundreds of millions of warp-faring vessels you have tens of millions (chartist vessels work without navigators) of navigators. That's no longer a bloodline but an ethnicity.
Hell they'd have to TRY to do inbreeding because having two closely related people in the same bedroom would take Inquisitor-level logistics.
Anonymous

>"Why I Run", a hands-on demo on how Running works (replace spaces with dots):
www nagnazul com/whyirun/whyirun.html

>Looking for players in Meatspace?
https://alwaysberunning.net/

>All the available artworks:
https://anr-art-blog.tumblr.com/

I guess we finally have a hard counter to pic related?

Even with IG out of the picture, I do not look forward to playing against this...
Anonymous
View SameGoogleImgOpsiqdbSauceNAO Freedom of Information.jpg, 367KiB, 1500x2098

Quoted By:
Breaking News from NBN!

>another reason to fear HHN!
Anonymous

317KiB, 1920x1080, warhammer-40k-rogue-trader-1653986009963.jpg
View SameGoogleImgOpsiqdbSauceNAO
Quoted By:
>Female navigator
>Male techpriest
>Male naval officer
>Male Space Wolf
>Female Sister of Battle
>Female unsanctioned psyker
>Female Eldar Ranger
By the fucking Emperor, is there no low to which R*gue Traitors won't stoop? Perhaps the crew should be half Tau.
26 posts and 3 images omitted
Anonymous
Quoted By:
>>86924046
I thought you'll need to bag specifically Order of the Rose or something for white hair? They are one of the larger militant Orders but far from the only one and in the grand scheme of things contain only a small percentage of the overall number of SoBs.
Or did they change the fluff again?
Anonymous
Quoted By: >>86924533
Is there any way to play this tabletop without shelling out a couple hundred bucks? I want to try out mechanics before I try to corrupt my normie group off on dnd
Anonymous
Quoted By:
>>86924527
go to the share thread
Anonymous
Quoted By:
>>86922739
They were very hands on and nitpicky about it, Amiri from the first game being one.
That said 2 entire games were enough to see Owlcat wasn't short of dumb when it comes to developing games. They aure have a lot of content, but how finished or polished most or any of it is, that's another story.
Anonymous
Quoted By:
>>86923870
We should be able to play a Techpriest, shouldn't we? That feels like it tracks with how Owlcat handles things. If that's the case, we should be able to make our own cute coggirls.
Anonymous 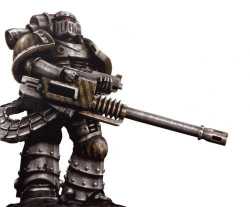 https://hh-ageofdarkness.itch.io/libercentura
Anonymous
Quoted By:
>>86924712
Aye he went "yeah i did bad " , but then went "im not to blame , GW should have been more understanding , so its not really my fault "

Quoted By:
>>86917806
The only ultramarine players I respect are the ones who paint them up like this.

Quoted By:
finished the squad, now that i'm slightly less drunk.
need to do the tacticals next
Anonymous

>Got a codex? Upload it here:
REBRAND(dot)LY(slash)40KPDFUPLOAD

>TQ:
What are we gonna see at the preview?
398 posts and 128 images omitted
Anonymous
Quoted By:
>>86925135
Then please enlighten us faggot.
Anonymous
Quoted By:
>>86924735
...VAT was non-applicable anyways. Everything worked out better than expected. : )
Anonymous
Quoted By:
>>86925153
I agree it has it's niche uses but your analogy doesn't line up. Continuing to use sub assemblies when you already have good brush control is more like never taking stabilizers off your bike because you're too afraid of falling off. There are better tools for the same job, and if a tool is unnecessary then it's better to not use it rather than insisting on doing so just because it's in your repertoire.
Anonymous
View SameGoogleImgOpsiqdbSauceNAO singlecomparo-1024x771.png, 863KiB, 1024x771

Quoted By:
Anyone else grow up with the 1998 Tactical Marines and not remove the pistol grip from the Bolters lel?
Anonymous
View SameGoogleImgOpsiqdbSauceNAO miguel-iglesias-4extraspacemarin (...).jpg, 889KiB, 3840x3766

Quoted By:
What are the pros and cons of replacing one's entire left cerebral hemisphere with poorly understood cybernetics?
Anonymous 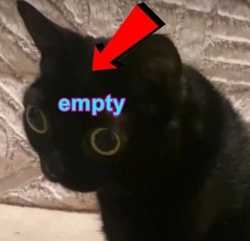 66KiB, 1170x1132, 1649647914674.jpg
View SameGoogleImgOpsiqdbSauceNAO
Quoted By: >>86925223
What are the best jobs for a fa/tg/uy? Something to stimulate the imagination and leave energy for games. I'm a 45k factory wagie and my creative energy has plummeted the last several years. I want a job where I can have peace and quiet and maybe work on my tg shit during downtime. This is my only priority in life as long as I don't take a significant salary cut. Any advice? Any fatg/uys find their jobs particularly good for being a GM?
145 posts and 13 images omitted
Anonymous
Quoted By: >>86924801
>>86923751
Jesus fucking christ, entitlement and a giant victim complex.
Anonymous
Quoted By:
>>86923960
Sorry the government won't pay you six figures to shit around your house and write your garbage 5e campaign anon.
Anonymous
Quoted By:
>>86924771
There is a shorter way to describe it all in given context: neet in waiting.
After certain point, my office decided to get an extra vetting process and all the people that fail it, but pass otherwise are hired on civil contract instead, so we can lay them off the second they start skipping work, because woe them, the expoit they are facing due to working 40 hours regular works schedule with 25 days off a year to be taken whenever they feel like it. But apparently that's all inhuman exploit and too much hassle to bother, so they start skipping work after 2-3 months and/or get pissant when asked why they came to work by 12, rather than 9
Anonymous
Quoted By:
>>86924625
>>86924634
I've been working full time in salaried office jobs since 2011.
Anonymous
View SameGoogleImgOpsiqdbSauceNAO juste 2 (2).png, 663KiB, 981x1575

Quoted By:
>>86886179
It is very low-paying, but while I was in college i used to work as a security guard, I sat in a room doing nothing mostly, that was my most creative outputting time I think, I created a whole system and setting in about a year.
Anonymous 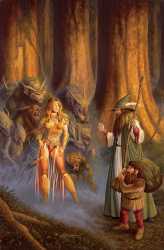 I’m not sure that’s mathematically possible without rolling (but then the Default Array is the statistically most likely result of rolling 4d6d1 six times) or significantly min/maxing yourself with point buy.

On the grounds that the 13 was used for Strength and the 14 for Constitution because CON is more important than STR for a Cleric.

So I take it back, an 18 Strength by level 8 is possible, but only if you totally ignore Wisdom and don’t pick up any feats.

What now, fuckers
Anonymous
Quoted By:
>>86925167
man, if I paint a 5cent to look like a 2 euros coin, it wouldn't work because the shape, weight and overall look is just not the same
I'd say it would work on a podunk trader from a isolated town but not on any merchant or shopkeep worth their salt
Anonymous 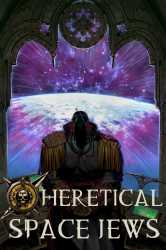 Thread Question: Will you use the Leagues of Votann or the Squats in your campaign?
56 posts and 19 images omitted
Anonymous
Quoted By:
>>86924391
>>86924380
>>86924346
The real MVP right here.
Always good to see a new GM find their stride, good luck to you!
Anonymous
Quoted By:
>>86916633
These god-machines are extreme bullshit by itself, because nearly anything AI has been corrupted by Chaos, BUT somehow these weren't and gained soul-allocating powers. If anything, this part of Dark Age of Technology was NEVER present. The machines always lacked the understanding of the spiritual, same as the people of that er.
Generally the whole CLONE keyword makes them unpleasant.
I'd be fine with gene-editing, because that's what the Imperium actually actively does and makes more sense. And people like Kriegers are barely normal people at all. Unlike Squats.
>>86916904
So essentially I just want to reject most of the nuFluff directly. The Squats=Demiurg part especially.
It really makes no sense, if you remember that GW just recently brought Squats back from dead into the list of abhumans. No way they're xenos.
Just fucking port back the "missing" worlds supposedly eaten by Tyranids and incorporate them back into Imperium on semi-independent status similar to the Mechanicus.
As for miniatures, don't worry, if the nusquats settle in, they'll definitely be back.
Anonymous.
View SameGoogleImgOpsiqdbSauceNAO Brrrrrrrrrrrrrrrrrrrrrrrrrom cli (...).jpg, 87KiB, 854x462

Quoted By:
>>86925139
Imperium is extra stingy with supplies usually. There's a reason why every guardsman and marine is outfitted with a plasmagun.

So only if your squad constitutes an elite unit, like Devastator marines. Even OW Heavies include a comrade reloader, you know. So you have to be able to do everything yourself, so no way they'll load so many heavy weapons onto noobs.
You also need to justify it with sufficiently ded killy enemies around.
Anonymous
View SameGoogleImgOpsiqdbSauceNAO british mg platoon.jpg, 348KiB, 1312x2000

Quoted By:
>>86925139
I suppose you could explain it as your party being part of a heavy weapons platoon.
Anonymous 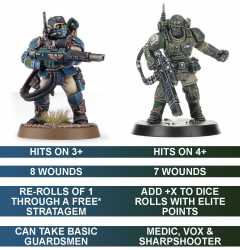