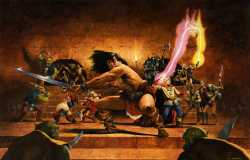 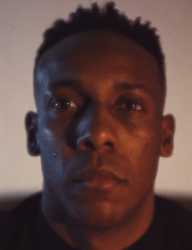 Quoted By:
I'm trying to do only quests with fun/cool concepts. last session I did some cassino battle royale with my players. What crazy quests have you guys made?(i want to steal sorry)
Anonymous
View SameGoogleImgOpsiqdbSauceNAO hero.jpg, 76KiB, 1024x648 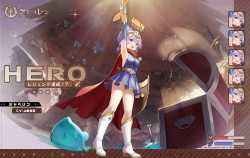 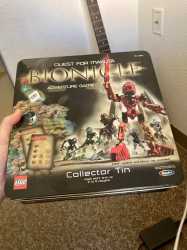 Quoted By:
Bros... My dad just mailed this to me for my birthday... Damn, dudes, it's like I'm 8 again... This was the game that filtered my friends and made me realize that I was hanging around brainlets because they couldn't into the math involved.
Anonymous
View SameGoogleImgOpsiqdbSauceNAO Skyrim-Special-Edition.jpg, 410KiB, 1920x1080

Quoted By:
Starting an Elderscrolls game soon, already decided on a system(UESRPG e3) and I'm modifying story and scale of the worldbuilding to fit a ttrpg format better. my players are not familiar with elderscrolls (one has played oblivion for a couple hours). Starting area is Rift region of Skyrim (4E 201). I'm looking for starter quest ideas before midgame (very little to no major faction involvement as it will be midgame content, i.e. Thieves Guild). What are your ideas /tg/?
Anonymous
View SameGoogleImgOpsiqdbSauceNAO AdobeStock_59111383-900x900.jpg, 50KiB, 900x900 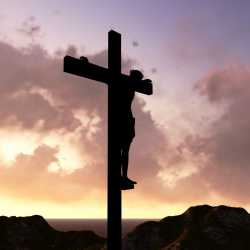 Quoted By:
Let's say God, for whatever reason, sends Jesus Christ to those who need him most in your favorite Fantasy RPG setting. What advice and aid does he give them? My first example: Jesus appears in the birthing chambers of a Skaven nest, among the Skaven females mutated into breeders and the mewling newborns.
Anonymous
View SameGoogleImgOpsiqdbSauceNAO E18E269F-F9F7-4714-9491-46FEDDBF (...).jpg, 90KiB, 716x960 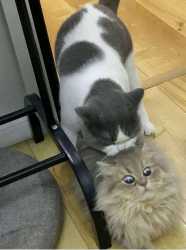 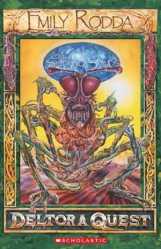 Quoted By:
Looking to run a campaign set in the Deltora during the events of Deltora Quest. Got a rough idea of how it will be structured, with the players starting in the Amethyst or Topaz territory and finding the gems and belt of Deltora, but still needs fine tuning. Any ideas for this campaign/advice for new DMs would be much appreciated. Also feel free to post general discussion/memes
Anonymous
View SameGoogleImgOpsiqdbSauceNAO laughing face.jpg, 44KiB, 612x586 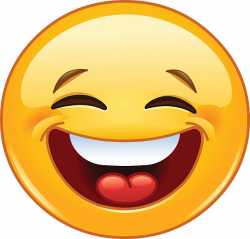 Quoted By:
>Party stumbles across this abandoned temple, that had been swallowed by desert sands for eons.
>Not much overt danger, but very creepy atmosphere. Biggest threat just turned out to be the structure collapsing on us at places, although there were a few minor undead creatures.
>Eventually find our way to the inner sanctum.
>A very feeble, mostly forgotten god is able to manifest enough to at least talk to our company.
>Wants us to go to another temple buried in the desert (and gave directions) to go to a similar sanctum for a rival god, also now completely forgotten.
>Once we're in HIS inner sanctum, go push the idol over. That's all he wants. It won't even do anything to the deity in question, it's just an act of pure spite and "haha, I've got a champion and you don't".
>We accept this quest
>Again, the hardest part is just dealing with the elements, this time around clearing enough sand from the temple just to get in.
>Did get a permanent bonus to all of our usage of bows though, as the first god was a hunting deity.

There was something at the same time compelling, stupid, and funny about how seriously the faded deity took this, and the spectral voice our GM used to hire us to commit a minor act of vandalism in pursuance of a divine feud that had been going on for millennia and everyone had forgotten about except the two deities in question.
Anonymous
View SameGoogleImgOpsiqdbSauceNAO 20220315_154130.jpg, 923KiB, 2053x1861 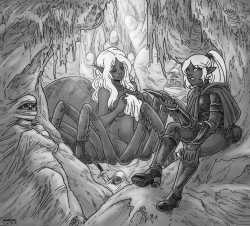 Quoted By:
I'm genuinely asking. I haven't played either but I read the rules for Zweihander and skimmed Mythras. The d100 skill focus systems of both seem very similar. If I ran Mythras for my group, I feel like I'd only gain options. Though I'm kinda uneducated on the domain of older designed rpg systems except for GURPS.
Anonymous
View SameGoogleImgOpsiqdbSauceNAO wp2975167.jpg, 181KiB, 1364x700

I'm running a future-fantasy 5e game and have been a bit stuck on quests to give my players on the starting planet. It is a planet-wide megalopolis that could be compared to pretty much every city on earth in it's different sections, so I have a pretty broad space to work with, but I honestly have been drawing a blank for what types of tasks that aren't "go clear this place out of enemies" but are still combat focused. Any ideas?
Anonymous
View SameGoogleImgOpsiqdbSauceNAO pic355859.jpg, 180KiB, 1200x630 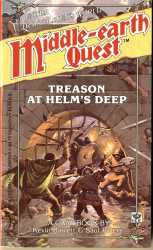 Quoted By:
Who knows where to get PDF scans of these MERP gamebooks? I've been looking all over for them.
Anonymous
View SameGoogleImgOpsiqdbSauceNAO that time I played a background (...).png, 70KiB, 732x772 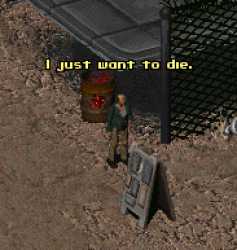 Quoted By:
As opposed to characters originally fleshed out in full blown fiction piece (think Drizzle the Dual showing up in your adventure).

I always found module/notable location characters to tend to fall into dour, two-dimensional issue resolution mindset when roleplayed by the DMs, be it someone else or even me. After you finally help them get their plot rocks off they 9 times out of 10 evaporate like a weak fart. Did you encounter any particular character descriptions or descriptive formulas in general that set up actually interesting personalities? Something that maybe fosters inner conflict and the like. Staying power is also something I'm interested in. If a character has a motive to interface with adventurers more than when he's in need. Ever had a dude stick organically for most of the wider campaign? I sure didn't.

Additionally how do you rate premade NPCs vs character generators. I find most of the time just getting a couple hooks for a nobody works better than someone sweating off quareter page entry for me.
Anonymous
View SameGoogleImgOpsiqdbSauceNAO 6F10A510-8DDC-44F2-97CD-A37BEC01 (...).jpg, 116KiB, 1200x675

Last thread people wanted a quick summary of the system so here you go!

>All PCs have the same total max HP and basic attack (with all basic weapons doing the same damage), classes are pure skill trees with abilities running off of AP (earned through role play or end-of-session). Progression is done by taking the next skill in one of several skill trees your class provides. 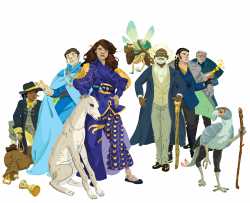 Quoted By:
I will soon start a new naval campaign with friends where they arrive at the continent whilst trying to circumnavigate the globe (colombuslike).

The world is completely new to them and they will try and spread their beliefs and form an outpost
Anonymous
View SameGoogleImgOpsiqdbSauceNAO The-Lord-Of-The-Rings-Hiding-Fro (...).jpg, 59KiB, 1024x576

Quoted By:
>DM tells you their new game is going to be more like LotR.
>Everyone's halflings. You all come from relatively good, if innocent, lives.
>4/5ths of the events will be the actual process of adventuring, trekking long distance, sometimes under stress.
>Hunting for food, and cooking it will all have mechanics to it.
>The remainder will be combat to boarderline horror levels. Less a matter of killing, more just surviving the experience. Sometimes it will be over in moments, other times you'll be hounded for days while you attempt to run from or sneak past armies.

Would you play? And if so, what do you make?
Anonymous
View SameGoogleImgOpsiqdbSauceNAO hero.jpg, 288KiB, 900x569 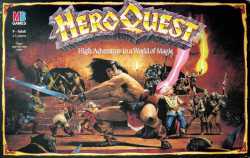 just bought this, for me and friends

i heard its easy, any quick ways to make it more difficult

or is it just fine as is
Anonymous
View SameGoogleImgOpsiqdbSauceNAO warhammerquest.jpg, 180KiB, 1200x630 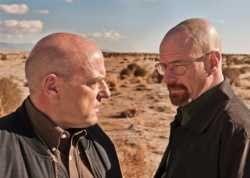 Quoted By:
I am running a game for my first time in DnD 5e (yeah yeah it's shit whatever). And my company basically can be divided in to sides. One is following the law and other is ready to brake it for their own profit. So i need a tip how i can write a quests for two of them so they would be playing cat and mouse with eachother.
Anonymous
View SameGoogleImgOpsiqdbSauceNAO CursedCity_BoxShot.png, 280KiB, 1000x667 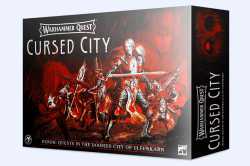 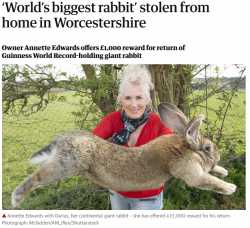 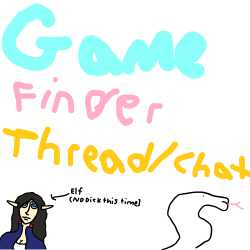 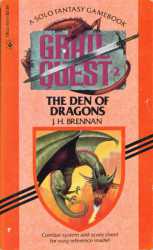 Quoted By:
Does anyone else remember these books? They were one of my introductions to table top gaming honestly, and we're alot of fun with all the continuity between them.
×