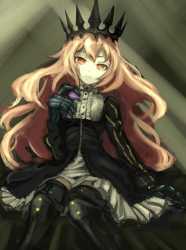 Quoted By:
If so, what was she like?
Anonymous
View SameGoogleImgOpsiqdbSauceNAO cute-bunny-sea-slug-jorunna-parv (...).jpg, 319KiB, 1200x630

Quoted By:
Ah yes, everything's in order. Here's your payment.
>Provides the party aside a 1,000 Tael Jiaozi
So much more efficient to do things in The Empire than in Barbarian lands with all that lugging of silver and gold.
Anonymous
View SameGoogleImgOpsiqdbSauceNAO 1523725148290.png, 200KiB, 848x459

Quoted By:
What some good side quests that youve made?
Anonymous
View SameGoogleImgOpsiqdbSauceNAO IMG_1027.jpg, 139KiB, 840x1080 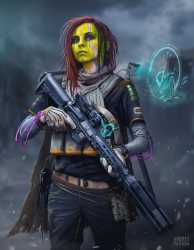 Quoted By:
I'm in the process of setting up a Scifi D&D campaign for my group.

We were all new to the game when we started 6 months ago. While the players aren't in a hurry to make the switch or spend less time on the medieval setting we have, they expressed a lot of interest in the idea when I proposed it. In sum we started with regular D&D and they're excited to eventually move to the group's love, Science Fiction.

I'm looking for quest ideas for the campaign. The group highly values free will. And the game will likely focus on exploration and shenanigans.
Anonymous
View SameGoogleImgOpsiqdbSauceNAO pic related.jpg, 128KiB, 1280x720

Quoted By:
>DMing a long shot homebrew LOTR game
>6 players lvl8, with heavy magical gear
>They're about to enter Dol Guldur
>They will face Khamul the Easterling
>Khamul is with couple Nazgul buddies
>possible orc/spider fodder as well

Can teegee help me with scenarios ideas, Khamul and Nazgul stats and possible loot? 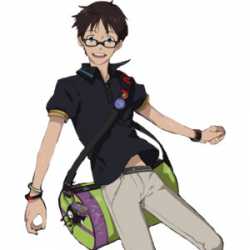 Quoted By:
Shinji was on the Nrev Bus listening to his audiophones and depressing himself with thoughts of melanchol. He thought in his thoughts, “oh my love Hatsune miku, if only I could take into arms hold, to regurge that great feeling that love I spake” he thought with the poetic intellect of a snesitive man. He wrote his love poetry to miku in his trapper keeper that he decorated tiwht the photo of him and miku at the spring break and he used as a cover a bigger version of the photo that was a blow up of miku’s face on both sides. “But how can I smooth talk her into a relationship!” he cried with tears of catastinetics. So he had to call his friend SlamJam PostPunk who had two caps. He rode the trolley to his penthouse and rang the doorbell and a small camera took a blood sample and let him in. WALLS MADE OF CHOCOLATE greet him and SlamJam was in his track suit eating the walls with his harem of construction strippers working power tools to replace the floors with more chocolate. SlamJam adjusted his two caps and polarize sunglasses and say “SHinjki, my man! What makes you here!” “In my times, there is a woman whoes affection has radiated from my heart, how can it reciprocate this de fine!?” say shinji sadly. “My excellent dude, come with me!” say shinji and SlamJam took him to deep underground fountain area that was plated with solid gold bricks tat were bigger than bricks and have have engrained genetic code of secret ultra mango farm of postpunk family legacy. “Eat this forbidden and you will be irresistible… but can you find the clues!?” and SlamJam laugh and slide into the shadows.

B) attempt to read the code 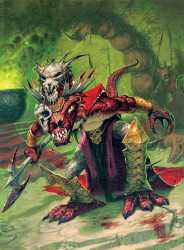 Quoted By:
Anyone want to share his ideas regarding a quest about Kobolds. 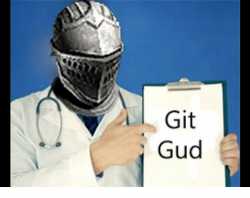 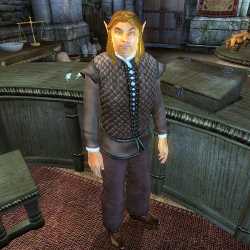 Quoted By:
'sup tg, I am one of the dms running a westmarch style campaign and my next session is going to be one centered around investigation. As I have never dm-ed such an adventure I kindly ask for your advice.
The idea is that one guy is working alongside a wizard to basically achieve the 15 000 g/ per day hack and the blacksmith's guild is very suspicious of him.
What clues should I give my players? Red herrings?
General advice for investigation based adventures.
Pic related is the inspiration for the quest
Anonymous
View SameGoogleImgOpsiqdbSauceNAO AQ-setup-BIG-2.jpg, 320KiB, 1300x721

Quoted By:
Such a great game, but I got nobody to play it with, and it doesn't seem like anyone in this small country is playing it either.
Do you guys play it? Honestly, I'm so desperate that I might just try to stream the play, and have people say their moves by message, after I've painted them all of course.
Anonymous
View SameGoogleImgOpsiqdbSauceNAO 37b6e22bcd9914b0a7f66b8d923d6d03.jpg, 230KiB, 578x729 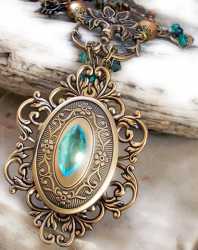 Quoted By:
ITT: Shit to send your parties after. Pictures of relics, artifacts, things of power, and other shiny prizes from the great vaults of Mak'Uffin. Tales of these objects' history and the quests undertaken to retrieve them are also welcome.
WinterBall
View SameGoogleImgOpsiqdbSauceNAO Tg-tan.jpg, 33KiB, 650x599 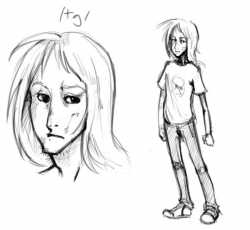 Quoted By:
You're /tg/-tan. It's a pleasant day on 4chan, and you're tidying up the board, putting threads that don't belong into generals, playing with your marines and your cards, talking on the phone with assorted anons looking for advice and just griping about their GMs. 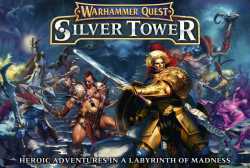 Quoted By:
So I'm torn between buying bloodbowl or Warhammer Quest Silver Tower


What are your experiences with each? Currently I'm playing shadespire and 40k.
Anonymous
View SameGoogleImgOpsiqdbSauceNAO 1400300077145.pdf, 4MiB, 1x1 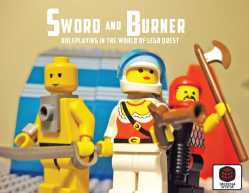 Quoted By:
Besides Lego Quest, are there any other quests that have an original rulesystem associated with them?
Anonymous
View SameGoogleImgOpsiqdbSauceNAO image.jpg, 236KiB, 830x864 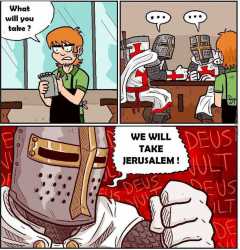 Quoted By:
Help tg! I need help with an enounter idea.
One of my players is a cleric/fighter who is about to be tested by some paladins of the same god (Lathander) in order be given a suit of armor that belonged to one of their lords. Long story as to why.
I can't actually think of any tests. Any ideas tg? 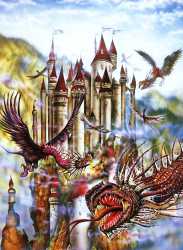 Quoted By:
Any of you ever read deltora quest?
It seems like good inspiration for a campaign or setting.
Anonymous
View SameGoogleImgOpsiqdbSauceNAO A View Of Greece.jpg, 183KiB, 2452x1271

Quoted By:
So /tg/, my first game with a new group as their GM is tomorrow and I've got a loose idea of what the starting situation is going to be and a few quest idea lined up.

It's a Classical Greece themed game with no magic, but including some mythical beasts and the occasional deity.

I have some ideas for quests, but I'd like to get some suggestions/ideas from you guys. And I've got some questions for other GMs. What do players like to do? How do I avoid fetch quests and the like when I'm out of good ideas or they go down a road I wasn't prepared for? How do I avoid reusing quest types?

TL:DR, suggest quests and give advice to someone about to run a Classical Greece themed game
Anonymous
View SameGoogleImgOpsiqdbSauceNAO WQSilverTower.jpg, 108KiB, 800x540

Quoted By:
It looks really cool but it's really expensive and there are new dungeon crawlers coming out: Gloomhaven and Sword & Sorcery. Descent 2.0 also has a solid following and tons of expansion.


I've never assembled minis before, how difficult is to cut and paste the plastic pieces?

Quoted By:
I need help with ideas for my game, for fantasy/cyberpunk its so easy, theres so much source material. but for this its a little harder. can i get some help?

I'm planning a single mission or "quest" over the course of 3-4 sessions, the players are special agents being sent into the slums that have been quarantined, nobody in nobody out except authorized personnel, i want to have a healthy dose of role-play, intrigue, and some combat.

but I'm having trouble coming up with more than just "someone was murdered, now go get clues" quests. 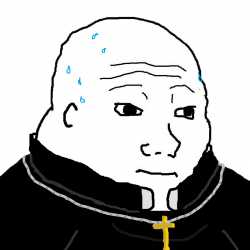 Quoted By:
>The masses are demanding physical evidence of their god(s) existing
>Can't let them know that he (they) died or unleash mass hysteria and chaos
>Not!Pope wants to hire your party to revive the god(s)
Anonymous
View SameGoogleImgOpsiqdbSauceNAO 637ca3560bcd1a6e708c58dc37c7ffff.jpg, 279KiB, 1404x993 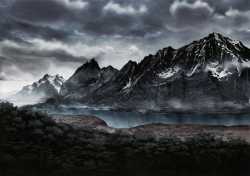 Quoted By:
I want more miscellaneous quest for my player that can help them if they are falling behind or get the needed exp for level up. I am playing 5e. Just simple quest.
>convince the dragonlily sapling in the vally that there more down slope than up slope
given by tallest rock
>move the rare dragonlily to high ground for it to properly bloom
By Herbist
>move the tall rock from the high ground
By citizen concern about rock fall
Anonymous
View SameGoogleImgOpsiqdbSauceNAO 1487242384787.jpg, 2MiB, 1690x1061 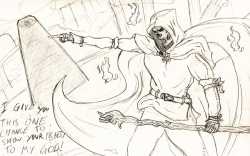 Quoted By:
Are there any quests you like running these days?
What quests do you miss?
Did any die before their time?
What old quests would you suggest to read?

Ryukuza quest is a comfy thing if I remember correctly, and Shinigami Savant and Exabyte's First Quest were pretty cool/awesome. Don't remember much about the others.
Skargan
View SameGoogleImgOpsiqdbSauceNAO Ready for War.jpg, 199KiB, 1024x640 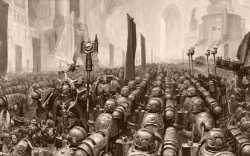 Quoted By:
+Intro+
In the grim darkness of the 41st millennium there is only war. Imperium of Man, once strong and proud, now is slowly crumbling, whole regions of space are lost to the horrors that lurk in the darkness of the void. Sector Deus is just one of the thousands of Imperial provinces that form the front line in the war to defend Humanity itself. Corruption from within and aggression from without threaten it. But the Emperor sends us hope. High Lords of Terra commissioned a Chapter of Adeptus Astartes, finest warriors Humanity has ever seen, to defend this region of space. They are the last line of defence that hold Age of Ruin at bay. They are the Ghosts of Retribution and this is their tale.

Chapter Chronicles and starting point for the novice initiates:
http://chapterquest.wikia.com/wiki/Chapter_Quest_Wiki

Battle voxcaster frequency, all allies are welcome to join:
https://client02.chat.mibbit.com/?channel=%23RisingSons&server=irc.Rizon.net

+Metal must burn and melt, before it can be reforged into a weapon.+
Anonymous
View SameGoogleImgOpsiqdbSauceNAO jorge-jacinto-dark-fantasy-ruins (...).jpg, 193KiB, 1280x720

Quoted By:
Im preparing for the final arc of my 3 year campaign, the players are finally assaulting the lich kings necropolis. only heres the thing, theres going to be no less than 10 fights and 3 of which are against extremely high class enemies and its all going to be one day, not easy to take a nap inside the enemies stronghold.

how can i help heal them up and restore resources without handing them 20 free health potions and have "save points" that heal them to full.
×