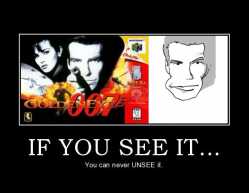 That's meant to be their version of the Ship level from Goldeneye. But I agree, though the engine is better, it has vocie acting, and better weapon balance, the missions themselves are lacking. First few missions are tight hallways with the first good one being the resort house since it's more wide open. Then you get more slog levels until it opens up a lot.

In GE you go right to getting an assault rifle and a sniper rifle in like 15 seconds. All the stages have space and it's not just hallways.
Anonymous

1MiB, 2268x4032, download (1).jpg
View SameGoogleImgOpsiqdbSauceNAO
Quoted By: >>9291369
If you're handheld didn't come with an animal sticker it's fucking shit.
9 posts and 4 images omitted
Anonymous
Quoted By:
>>9289872
If that is actually a sticker it looks like it would have been a pain in the ass to apply to the device. 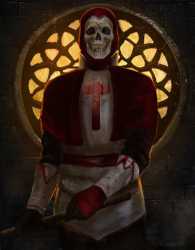 1MiB, 1912x2448, 1664031730470.jpg
View SameGoogleImgOpsiqdbSauceNAO
Quoted By:
It's Autumn. Rainy midnights are almost upon us and that's the optimal time to play the comfiest game ever made.

Thief thread. Hit me up with some good spooky FMs for October. Fucking loved The Scarlet Cascabel and looking for more like that.
32 posts and 4 images omitted
Anonymous
Quoted By: >>9290637
>>9290160
can't see this looking good unless you're running it on a crt
Plutonia
View SameGoogleImgOpsiqdbSauceNAO sword1.png, 530KiB, 1600x1200

Quoted By:
>>9290607
Yeah that is unfortunate. I haven't had access to a CRT monitor in 15 years. The best option would probably be just to actually build a 333MHz Pentium and run the game on an actual Windows 98
Plutonia
View SameGoogleImgOpsiqdbSauceNAO sword2.png, 417KiB, 1600x1200

8KiB, 169x146, download.jpg
View SameGoogleImgOpsiqdbSauceNAO
Quoted By:
Why did everyone in the late 2010's pretend they always loved this game when in reality everyone fucking hated this game and shat on it for decades?

Quoted By:
Anonymous
Quoted By:
>>9292020
He has a very interesting backstory.
Anonymous 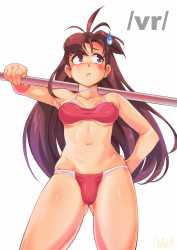 >All originally made vidya art is welcome, doesn't need to be requested
>When requesting, post references and names in one post
>Keep it vidya origin, particularly retro; before 2002
>Have fun!

On OP image: I was going to deliver this in the previous thread but it died. Someone requested Jenna from Golden Sun in a Bikini. I kinda had trouble with this one... sorry it took so long. I feel like i could have chosen a sexier pose/bikini (maybe I'll attempt it again some other time), either way i hope the anon, if he's still around, enjoys it.
25 posts and 10 images omitted
Anonymous
Quoted By:
>>9291759
lmao thanks dood, that's perfect
Anonymous
View SameGoogleImgOpsiqdbSauceNAO image.jpg, 2MiB, 5195x2805

Quoted By:
Requesting Princess Daisy wearing any of the outfits on the bottom left reference. Please draw her in one of the poses from the top right references.
Anonymous
Quoted By:
>>9291945
Okay now requesting THIS to be illustrated
Anonymous
Quoted By:
>>9291945
I can't believe Rayman would do something like that I am literally shaking and crying
Anonymous
View SameGoogleImgOpsiqdbSauceNAO labored and lost.jpg, 2MiB, 4961x2012

Quoted By:
Requesting Goris from Fallout 2 visiting the ruins of the Library of Congress
Anonymous

Quoted By:
>>9291736
Nifflas games are very interesting, he is like the Shyamalan of indie. His first games, specifically Knytt and Knytt Stories were good (I hated Within a Deep Forest but it did have some nice music), but each game he made got progressively worse.
Knytt will be more so remember as one of the first LPs due to Deceased Crab and Fon’t Eat The Mushroom more so than one of the first indies.
Anonymous
View SameGoogleImgOpsiqdbSauceNAO ben_frogfractions_screen1.png, 196KiB, 288x468 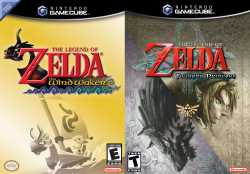 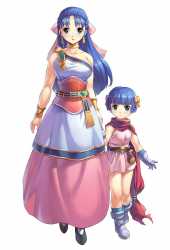 Pretty much every guide or discussion you come across, Bianca is believed to be the canon wife of the hero, the one you are "supposed" to choose. I don't think that's actually the case and the game guilt tripping the player into thinking they should choose her is a test. Sure you are childhood friends with Bianca and go on adventures, but after you're captured and she had the sense you were still alive what does she do? Farts around in hicksville for 10 years. If she were actually worthy of the hero she would have set out herself to find what happened. Nera on the other hand was raised to be a dainty stay at home princess wife but as soon as she is chosen by the hero, insists on following and helping him in any danger they face.

Another thing which is less official, but in these series of games there are loose connections many of which are aesthetic. Heroes usually have green or blue hair. Nera had blue hair, granting her children with the main character have blue hair making them true Dragon Quest heroes.

Literally kys
Anonymous
Quoted By: >>9291956 >>9292031 >>9292035
OP here. I have come to accept that I am wrong, which I always thought was likely. But at the same time, as canon as she may be, Bianca isn't worthy wife material of a Dragon Quest hero.
Anonymous
Quoted By:
>>9291084
Luckily for you, Bianca canonically DOESN'T marry the hero of DQV because she gives birth to him instead.
Anonymous
Quoted By:
>>9291084
I still don't think you're wrong, I see nothing in the game that says "this wife is more canon than this one", if it's just official art, they just had to pick one, can't have him go around with a harem.

Another thing in favour of the blue haired wife is how weird the wedding story is when you go with her. So this guy organizes a wedding for his daughter, it's cancelled by some guy who thinks his daughter isn't good for him, and instead of just trying to find a new husband for the daughter and keep the preparetions for that, he decides to cancel his daughter's wedding and organize/celebrate that stranger's wedding instead.

Bullshit.
Anonymous
Quoted By:
>>9291084
I still don't think you're wrong, I see nothing in the game that says "this wife is more canon than this one", if it's just official art, they just had to pick one, can't have him go around with a harem.

Another thing in favour of the blue haired wife is how weird the wedding story is when you go with Bianca. So this guy organizes a wedding for his daughter, it's cancelled by some other guy who thinks his daughter isn't good for him, and instead of just trying to find a new husband for the daughter and keep the wedding preparetions for that, the first guy decides to cancel his daughter's wedding and organize/celebrate that stranger's wedding instead.