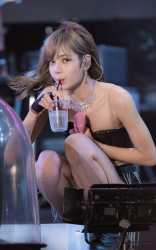 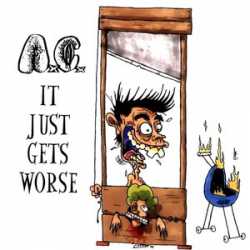 25KiB, 300x300, anal cunt it just gets worse.jpg
View SameGoogleImgOpsiqdbSauceNAO
Quoted By:
TRACK LISTING:
"I Became a Counselor So I Could Tell Rape Victims They Asked for It"
"Easy E Got A.I.D.S. from F. Mercury"
"I Like Drugs and Child Abuse"
"Laughing While Leonard Peltier Gets Raped in Prison"
"I Convinced You to Beat Your Wife on a Daily Basis"
"I Sent Concentration Camp Footage to America's Funniest Home Videos"
"Rancid Sucks (And The Clash Sucked Too)"
"I Paid J. Howell to Rape You"
"I Pushed Your Wife in Front of the Subway"
"Extreme Noise Terror Are Afraid of Us"
"You Rollerblading Faggot"
"I Sent a Thank You Card to the Guy Who Raped You"
"I Lit Your Baby on Fire"
"Body by Auschwitz"
"I Intentionally Ran Over Your Dog"
"Sweatshops Are Cool"
"Women: Nature's Punching Bag"
"I Snuck a Retard into a Sperm Bank"
"Conor Clapton Committed Suicide Because His Dad Sucks"
"I Ate Your Horse"
"Hitler Was a Sensitive Man"
"You Robbed a Sperm Bank Because You're a Cum Guzzling Fag"
"I Made Your Kid Get AIDS So You Could Watch It Die"
"I Fucked Your Wife"
"Into the Oven"
"I Gave NAMBLA Pictures of Your Kid"
"The Only Reason Men Talk to You Is Because They Want to Get Laid, You Stupid Fucking Cunt"
"I Made Fun of You Because Your Kid Just Died"
"Domestic Violence Is Really, Really, Really Funny"
"Dictators Are Cool"
"Deadbeat Dads Are Cool"
"I'm Really Excited About the Upcoming David Buskin Concert"
"Being Ignorant Is Awesome"
"You're Pregnant, So I Kicked You in the Stomach"
"Chris Barnes Is a Pussy"
"Tim Is Gay"
"BT/AC"
"I Sold Your Dog to a Chinese Restaurant"
"I Got an Office Job for the Sole Purpose of Sexually Harassing Women"
Anonymous 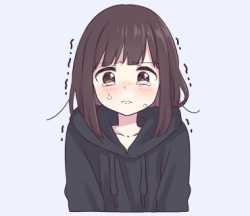 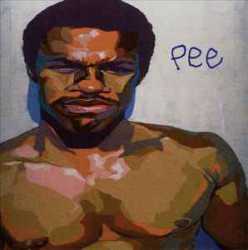 80KiB, 1951x781, age.png
View SameGoogleImgOpsiqdbSauceNAO
Quoted By: >>112241581
What are you doing to prepare to not be able to listen to unfamiliar music once you turn 30?
42 posts omitted
Anonymous
Quoted By:
>>112238447
this is more about Pitchfork going corporate tho
Anonymous
Quoted By:
In my 30s it kinda feels like knowing all the music I do is my reward for exploring so much when I was younger. I still listen to new things and take in new music. But my knowledge of past music is extensive. I can easily pull up things I like that are pretty obscure even. There's more to it than age I think. Streaming means anybody who makes music can easily distribute it to the world. Nobody needs to buy it for it to be heard. That means there's so much stuff that sucks to wade through on the internet. I don't just want someone else's taste transplanted on mine or worse to have it dictated by a computer algorithm. So I spend less time sifting through new releases.
Anonymous
Quoted By:
for me the ability to stop listening to new music stopped at 20. I'm 23 and the only genre I recently got into was opera.
Anonymous
Quoted By:
>>112237719
fake and gay
possibly niggerish
Anonymous
Quoted By:
Time to listen to Jazz, plebs.
Anonymous 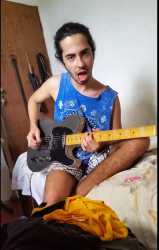 ASIO drivers (essential to use VSTs while playing):
>http://www.asioforall.com/

Quoted By:
that nerd that keeps posting about his mig amp is a bit sam-esque i have to say. the only difference is that sam is a living legend and mig nerd is a nobody cringelord.
Anonymous
Quoted By:
>>112230519
It looks like it was made out of the walls of a rumpus room.
Anonymous 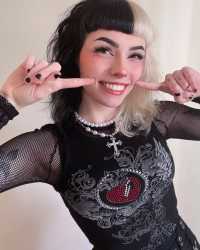 Was a fun time
Anonymous

1MiB, 1249x719, true chads.png
View SameGoogleImgOpsiqdbSauceNAO
Quoted By:
Tripfags are gay
Charts are gay
You're gay
OLD: >>112234971
FAQ is trapped in tourist hell, never to return
76 posts and 18 images omitted
Anonymous
Quoted By: >>112241721
>>112241695
Weird people call it the “pioneering” death metal band kek
Anonymous
Quoted By:
>>112241616
sus
Anonymous
Quoted By:
>>112241708
Just because you did it first doesnt mean its good
Best Blastings !Z30Nd4sLIM
Quoted By: >>112241796
>>112240992
Actually pretty based, but why such an odd choice of a Rot album? Surely A Long Cold Stare or Cruel Face of Life are more consistent releases. Also props for Sanctum.
krvsty !!vuww1tL7DpV
Quoted By:
>>112241755
That's my favorite split of theirs and it has my favorite song by them (Cynical Excuse). CFoL, Long Cold Stare, and Sociopathic Behavior are all great, but those are also all long as shit and I doubt anyone would really have the patience to sit through that much mince if they were unfamiliar with the genre in the first place (though I suppose I did through that Agathocles album on there, so maybe I just have shit taste).
And as for Sanctum they're probably my favorite crust band ever. I know people like to jerk off over Stormcrow, but for me? It's Sanctum.
Anonymous 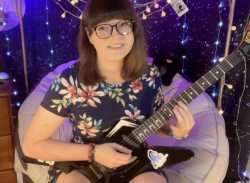