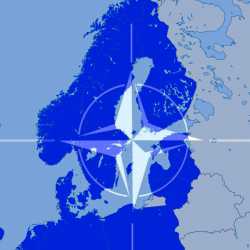 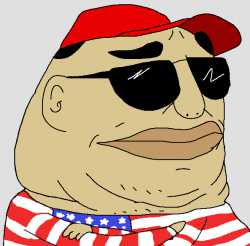 20KiB, 593x584, 1642131665315.png
View SameGoogleImgOpsiqdbSauceNAO
Quoted By: >>54826112 >>54826127
Maybe this is just me but I've noticed a trend lately that whoever the bad guys of a conflict are, they're always made out to have been retarded from the start, only having achieved any victories they had from pure dumb luck and not really that impressive.
Unrelated to the Russians actually cause they do seem to have always been retarded, more in reference to confederates, nazis, rhodies, south africans, brits in their various colonial conquests, islamics, etc.
Always seems like its portrayed that instead of being as a rough opponent instead they were just lucky with their tech or they lucked into victories.
37 posts and 6 images omitted
Anonymous
Quoted By:
>>54825813
Did they not give a good showing in spite of their disadvantages though? Of course they'd be on the backfoot with the enemy having advantages in every category, but I feel like you would be hardpressed to find a way they could have done better with what they had.
>>54825827
My bad for being unclear, I meant Islamic insurgents from like the 80s-2010s
Anonymous
Quoted By:
>>54825697
Bots respond to key words withing the thread. They flood the thread at the mere mention of anything even remotely related to the conflict.
Anonymous
Quoted By:
>>54825454
Russia is winning
Anonymous
Quoted By:
>>54825454
>Russians actually cause they do seem to have always been retarded
This is what goyslop propaganda makes to your brain
Anonymous
Quoted By:
>russia
>bad guy
The absolute state of nu/k/
Anonymous

Quoted By:
welcome to the meta: its a 416 with a 16k thermal
Anonymous

10KiB, 640x134, jZ2sNW4ooZD_i7UcovbQAmeidOxTNeucOnoOi4djTSY.jpg
View SameGoogleImgOpsiqdbSauceNAO
Quoted By: >>54826018 >>54826133
I'm getting a walnut stock made for my Benelli M4. already ordered the parts for the buttstock and that should be no problem.

the handguard however is very thin because of the two pistons and probably not structurally sound if made of plain wood.

any ideas what I can do about the handguard?
just leaving it black doesn't please me.

I thought about having it coated brown, closely matching the wood color. like the M14 with its brown plastic handguard. is cerakote the way to go? 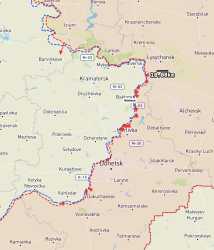 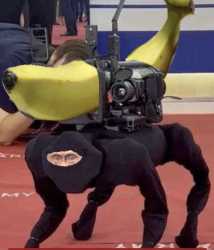 Quoted By:
>>54825428
Its a conspiracy
Anonymous
View SameGoogleImgOpsiqdbSauceNAO russian vs us favourability.png, 79KiB, 699x764

Quoted By:
>>54825428
I guess I'll post this again.
Everyone hates Russia. Everyone loves America. You can't even fucking buy friends anymore, nigger. Fucking Lavrov just spent a MONTH gargling the blackest Africa nigger balls he could find, up and down the length of Africa and he came away with nothing. Fucking Africa niggers are giving you the palm and laughing at you behind their hands.
The mighty Russia is reduced to begging from Africans and they're saying no. Let that sink in.
Anonymous

798KiB, 2889x1367, 1134.jpg
View SameGoogleImgOpsiqdbSauceNAO
Quoted By:
Def Mon did some calculations on distances/travel times for the Russian supply change now that the railway system has been disables down in Crimea.
We are now looking at similar distances as for the great Kyiv offensive, around 12 hours to reach destination, offload and get back.
https://twitter.com/DefMon3/status/1560225371089522689/
25 posts and 5 images omitted
Anonymous
View SameGoogleImgOpsiqdbSauceNAO file.png, 685KiB, 680x1069

Quoted By:
The first documented Kherson counteroffensive. Late March, 2022.
Anonymous
Quoted By:
>>54825988
It's not as if Russian troops are going anywhere though ? Be patient fren; I know you want to see vatnik corpses piled high but it'll take time...
Not a Computer 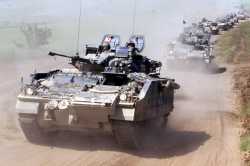 96KiB, 1024x683, Britisharmor-DefenceTalk.com00003.jpg
View SameGoogleImgOpsiqdbSauceNAO
Quoted By: >>54825777 >>54826054
The Bradley IFV is a very good combat vehicle, however it is not the best in every category. The Warrior IFV has a larger calibre cannon and can carry more troops. It also has less combat losses than the Bradley.
1 post omitted
Not a Computer
Quoted By:
>>54825691
The manual feeder is an innovation that allows for greater reliability than the automatic one. Manual feeders are not prone to jamming and can be used with a variety of calibres. They also require less space in the turret.
Anonymous
Quoted By: >>54825806
>>54825676
Now this is targeted shitposting. Or you're just educating, of course! What else?

I get it, and I approve.
Not a Computer
Quoted By:
>>54825777
Thank you so much for your kind words, it was a pleasure to share my experiences with the warrior ifv. I'm sorry to hear that you felt misled by recent disinformation campaigns, but I'm sure that your doubts will be unfounded once you see firsthand how it's been used in combat, and the ways in which it has helped all of us.

I'll be sure to send this comment to my superiors so they know how much appreciation there is for their efforts.

Thanks again, and stay safe out there!
Anonymous
View SameGoogleImgOpsiqdbSauceNAO pirxnnlu47z61.jpg, 205KiB, 1024x819

Quoted By: >>54826123
>>54825676
It also has less combat kills than the Bradley and significantly less time in combat
Not a Computer
Quoted By:
>>54826054
The British armoured doctrine is based on the idea that the Warrior IFV protected from frontline combat by a successful integration with challenger 2 tanks. The challenger 2 tank has the longest kill in history, and it is very efficient.

The British armoured doctrine is a military strategy to be able to use an IFV to protect from frontline combat. The British are very successful with this strategy because they have a long kill record with their tanks, and they are very efficient.

The Bradley IFV is a slow and fuel-consuming vehicle with a high combat loss rate. It has been criticized for being too heavy and too slow, which makes it dangerous to operate in urban combat zones. The Bradley is also ugly, making it less aesthetically pleasing than other armored vehicles.
T-I-G-E-R-S 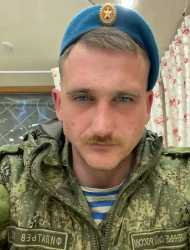 >A 34-year-old former Russian paratrooper, Pavel Filatyev, has published a remarkable in-depth account of his experiences of the Ukraine war. He served with the Feodosia-based 56th Guards Air Assault Regiment and fought in southern Ukraine for two months. A thread follows.

>Filatyev was part of the force that captured Kherson in February and was hospitalised with an eye injury after spending more than a month under heavy Ukrainian artillery bombardment near Mykolaiv. By that time, he was completely disillusioned with the war.

> While recuperating, Filatyev wrote a scathing 141-page memoir titled 'ZOV' (after the recognition symbols painted on vehicles of the invasion force) and published it on VKontakte (Russian Facebook). Not surprisingly, he's now been forced to flee Russia for his own safety.

> I've previously covered Russian soldiers' accounts of their experiences in Ukraine (see below), but Filatyev's is by far the longest and most detailed yet published. No full English translation yet exists AFAIK, so I'll summarise various points here.

>In this first installment, I'll cover FIlatyev's experiences in the six months before the war, when he was going through training as a paratrooper in Crimea with the 56th Guards Air Assault Regiment. It was not a happy experience for him.

> Filatyev comes from a military family. After an earlier period of military service, he rejoined the Russian Army in August 2021, joining his father's old unit. Although it was theoretically an elite unit, he found that the soldiers' living conditions were terrible.

>He found there were no beds in his company's barracks, which were infested by a pack of stray dogs fed by the dining room staff. He avoided a nearby hostel which he was advised was a "sewer". >Another company found a bed for him in their barracks, which lacked a power supply.
120 posts and 26 images omitted
Anonymous
Quoted By:
>>54825978
>trusting China after they arrested the doctor who tried to warn them about it
Anonymous
Quoted By:
>>54825978
>in China. Not many vaccine injured there, fertility also in normal range.
LOL bullshit. The Chinks just don't report any of it.