3MiB, 1280x720, Spino the King troll.webm
View SameGoogleImgOpsiqdbSauceNAO
Quoted By:
Has any other animal, either living or extinct, ever attracted such a large and vocal group of low functioning autists as the Spinosaurus?
Only thing I can think of that comes close is pitbulls.
121 posts and 31 images omitted
Anonymous
Quoted By:
>>4169045
Literally true.
Anonymous
Quoted By:
>>4177323
no I mean during an actual fight spinosauurs wins, everyone saying tea rex wins is like an example of mass hysterials(which is like where everyone gets crazy and stupid at the same time). I read all the forum posts on this and everyone who thinks tea rex wins is basically a dumb teenager or something who can't really think.

It's like when atheists think they're smart even though they're not and like it's three levels where you have dumb people who believe in god like my mom and then still dumb people who believe there is no god like the retarded tea rex fanboy in this very thread. And then you have actually smart people like me who beliefs god is real. So it's like for the spinosaurus fight where the people who think rex wins are dumb atheists who think they can believe other things for like one argument even though they're still dumb and haven't thought about stuff. Like I swear teenagers these days think animals are pokemon like they don't even realize what's real and think you can just noclip out of reality like teenagers these days are pretty delusional desu they don't know what's reality anymore.

f t rex and spinosaurus fight the spinosaurus would see another fat theropod like carcharodontosaurus but t rex would be like "wtf is this I'm so confused and gay" because spinosaurus would look like a theeatening fever dream creature. It's like its sail and its longness and probably colors would make it look way bigger than it already was even though it was alreayd pretty big so t rex would be scared to shit and not know what he was dealing with.

Second of spinosaurus was probably like a big heron and herons can be really nasty also this is the important fact but not the super import fact spinosaurus can bite way faster than tea rex can so t rex would be waddling up with its fatness and spinosaurus would be pecking its head nonstop which would make t rex sad and would pretty much get him to retreat.
Anonymous
Quoted By:
>>4177323
Like you stupid forum posters have no understanding of animal behavior and can't like imagine how things would actually happen because you watched to many jurassic fight clib episodes instead of a chad like me who watches nature documentaries and learns facts about knowledge.

Like spinosaurus could literally might peck out tex's eyes out not saying this would happen but it mite because of his faster bite attacks.

So it goes like this like the spinosaurus can't do normal bites too well because its side to side is weak which makes cents because it easts fish and if you think when it grabs a fish the fish isn't going to be shaking the spino jaw side to side but up and down like planet dinosaur so that's where it's jaw needs to be strong.

So this means that spinosaurus is going to bite rex in the leg and hold on, it's short so it can dip down and do this, remember. So when it bites the leg from the positions the leg will try to move forwards which will put stress on where the spinosaurus jaw likes stress, so then when the rex tries to move all the spinosaurus has to do is turn its head out and trip the rex and the rex will fall over and rupture organs and die because it's so big and fat (yes dinosaurus that size would die if they fell over)

Quoted By: >>4177941
>"pitbull statitstics are because of their owners being dumb and violent"
>majority of pitbull owners are black
Anonymous
Quoted By:
>>4177937
Anon you're in the wrong place, this is the dinosaur sex thread
Anonymous 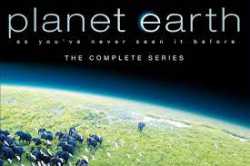 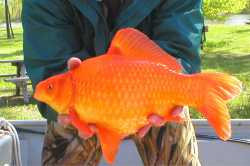 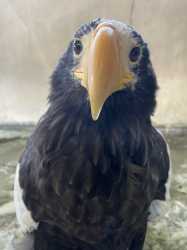 Quoted By:
Anonymous
Quoted By:
>>4177894
They are to birds what shinglebacks are to reptiles, what rats are to mammals, what african bullfrogs are to amphibians
Anonymous
View SameGoogleImgOpsiqdbSauceNAO cassowary-laying-down.jpg, 780KiB, 1080x720

Quoted By:
>>4177894
Amazing and unique birds, they should all be protected. I love ratites and their relatives.
Anonymous 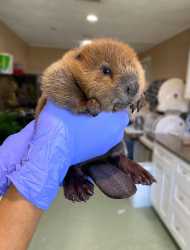 151KiB, 915x1200, FTHwyX4WQAIM8qk.jpg
View SameGoogleImgOpsiqdbSauceNAO
Quoted By: >>4177832 >>4177926
My whole life I've never cried for dead family members or funerals. But whenever my animals die I lose it and cry for weeks.
1 post omitted
Anonymous
Quoted By: >>4177837 >>4177935
>>4177681
That means you likely have social issues and problems with making connections with people which is extremely common now with kids growing up with the internet and tablets. So the only things that tolerate your existence (or are forced to be near you) are pets.
Yes, socializing is hard, but when you grow up and go to work you need to have at least some skills. Can't blame autism and muh social anxiety forever.
Anonymous
Quoted By: >>4177891
>>4177832
speak for yourself, i will be with animals forever and never with people. society will exploit you and make you yet another envying moralfaggot who will write bait things in dog threads. animals will make you happy.
Anonymous
Quoted By:
>>4177837
Then get off the internet and stop trying to get validation from other human beings.
Anonymous
View SameGoogleImgOpsiqdbSauceNAO 1647170867582.jpg, 14KiB, 350x262 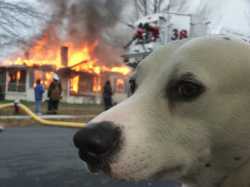 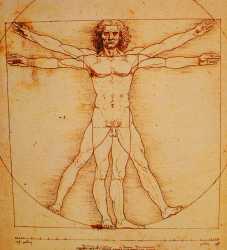 135KiB, 681x750, 4861890322_136909aa62_b.jpg
View SameGoogleImgOpsiqdbSauceNAO
Quoted By: >>4177790 >>4177933
What are some traits that set apart humans from other animals. Shoulders designed for throwing, notable stamina. Failing physical traits I'll also accept social ones such as writing or selective breeding. Correct me if I'm wrong on any of that.
19 posts and 1 image omitted
Anonymous
Quoted By:
>>4176420
Humans are the only animal that asks questions. even when we train other animals to communicate with us, they almost never ask questions.

this indicates humans are the only animals that have object permanence and curiosity about what goes on when they can't see something. We're probably the only animals with imagination.
Anonymous
View SameGoogleImgOpsiqdbSauceNAO Dolphin.jpg, 293KiB, 1571x1044

Quoted By:
>>4177569
*laughs in underwater torture&rape dungeon*
Anonymous
Quoted By:
>>4176471
>Don't large birds find us attractive?
No, some birds imprint on humans if they are raised by humans instead of their own species. But this is more like brain damage from being raised in an unnatural environment and not a preference. The more I see this myth the more I think it's bestiality propaganda.
Anonymous
Quoted By:
>>4176482
>Advance communications capability
Yeah language is the reason we have civilisation and no other animals do
Anonymous
Quoted By:
>>4176420
i don't know if your this good, but we can hurl a rock at 75 miles per hour at any animal face and that is fucking powerful. and when we made the bow pfffft cheesed this hunting shit once and for all.

our hands are really powerful and sensitive, animals fucking love it, scratch your back much.

so i feel our hands and ability to throw shit fast and highly accurate from afar makes us an interesting animal by it's self.
Anonymous 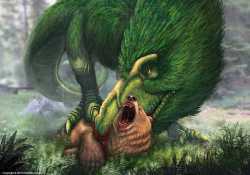 Quoted By:
>bird and T-rex enter the arena
>bird flies away and does it's own thing until T-rex starves, gets shot or captured by humans, or just straight up dies from all the futuristic viruses that it won't be used to in the modern de-oxygenated atmosphere
Anonymous
Quoted By:
>>4177922
Based
Anonymous 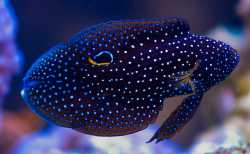 Discuss anything aquarium related here, including inhabitants, decor, and issues. Before asking questions in this thread, make sure you give us at least some details when asking a question, such as:

I added pothos to my tank 2 months back. I did a week in just water, not in my tank for the roots to sprout. Added them to the tank and after about 3 weeks of only root growth I got a new leaf. I've gotten 1 or 2 new leaves pretty much every week after that.
I hope it works out well for you.
Anonymous
Quoted By: >>4177800
>>4177775
hope they didn't charge you much because I literally threw away 5x that today giving mine a haircut. the ones I see at the store are giant but overpriced. it grows in my window for free and I have some in my tank that's doing fine
you might want to even grow it out in a container first and then root cuttings in water and then transfer it to your aquarium
Anonymous
Quoted By:
>>4177795
Private seller, sold as 'Glacier pothos' for $5, don't overly care if it's either variety.
Similarly sized N'joys go for $50 easy at plant stores local to me.
Anonymous
Quoted By:
Do you think a male and female betta splendens will be ok in a heavily planted 35g, or is that worse than as sorority?
×