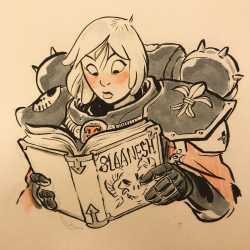 Quoted By:
Maybe your players sprung a surprise get-together on you and you only have a couple hours.
Maybe you want to get the ball rolling on some sidequest ideas before the big one.
Maybe your players subverted your expectations by actually burning the town down and you have 5 minutes to improv something during the food break.

Either way, these generators are always handy and I love seeing them. I used to have a good stash, but I lost them on a prior hard drive failure. Help me out anons?
Anonymous
View SameGoogleImgOpsiqdbSauceNAO index.jpg, 9KiB, 260x194 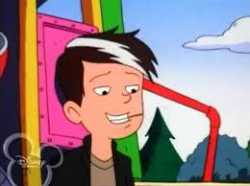 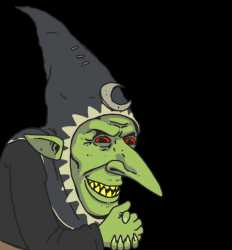 Quoted By:
Based on what they charge for Necromunda: Dark Uprising, that's £180 in real money.
Anonymous
View SameGoogleImgOpsiqdbSauceNAO file.png, 2MiB, 1280x966 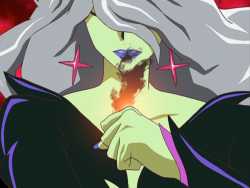 Quoted By:
How would you run something in the vein of Deltora Quest in a tabletop RPG? 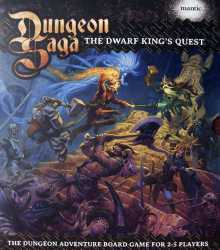 Quoted By:
As someone who really hated gloomhaven will I like this game? Looking for a good RPG boardgame hybrid to get.
Anonymous
View SameGoogleImgOpsiqdbSauceNAO 327055_s0.jpg, 294KiB, 904x900 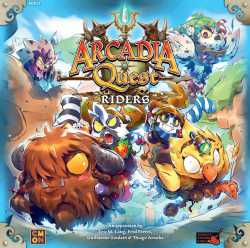 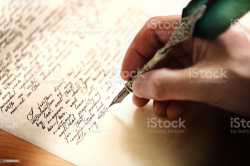 Quoted By:
What tools and materials do you use to create your campaigns and quest? What do you do when your out of ideas? What are your methods and thought process for making an fun game?
Anonymous
View SameGoogleImgOpsiqdbSauceNAO Best-Cheesecake-Recipe-2-1-of-1-4.jpg, 25KiB, 665x665 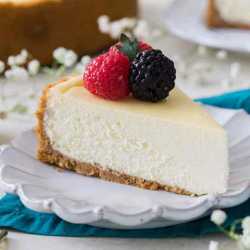 Quoted By:
I want to create the best quest for my players.
They are level 1, I want to put them on an adventure they can never forget.
I was thinking they start off in a cottage in the hills, gathered together to pay the respects for their dear old grandfather who had passed away.
There they discover that they were actually all orphans but they grew up together in this same cottage, where GRANDDAD taught them the secrets to battle, training them to be the character classes they picked...
A mysterious journal talks about four sacred crowns that hide an secret treasure, and how GRANDPA did not complete this journey.
They decide to go QUEST to complete the legacy of the wizard, and they will have to enter the maze.
The maze is hidden just behind an old oak tree where there is a well, down the well goes to the dungeon where they will adventure.
Along the way they will meet many new friends, like the roaming dog-monster POOCHI and the laughing friendly sylph ISOBEL.
How their hardship will face many puzzles? I was hoping you could provide ideas.... I want to be epic and the best game they will play.
Anonymous
View SameGoogleImgOpsiqdbSauceNAO quest-roleplaying-game-hardcover (...).jpg, 52KiB, 828x466 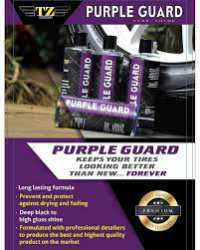 Quoted By:
>something is kidnapping a bunch of guards in an area, turning them purple, and returning them. They flatly refuse to discuss the fact that they are now purple, but are in all other respects unchanged.
>turns out the purpleness is a side effect of them being turned into fuses for a magic bomb by a green hag, which will go off when they reach a pentacle formation when they pause on their rounds
>they know this, and agree to the process because they're promised power. All of them feel weak in some way in their personal lives
Anonymous
View SameGoogleImgOpsiqdbSauceNAO 635846762520279561-1101963810_wr (...).png, 334KiB, 709x558 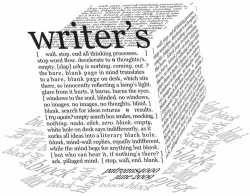 Quoted By:
Right now I have writer's block for a campaign idea. I was wondering if anybody knew of some good quests and adventuring tables. I will also accept any other methods of coming up with a campaign.
Anonymous
View SameGoogleImgOpsiqdbSauceNAO 1600395456731.png, 1MiB, 913x740 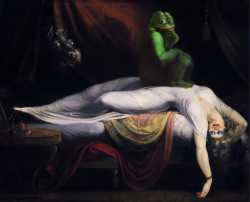 Quoted By:
Assuming Alex Jones is a Paladin, what classes would Tim Pool, Sargon, and any other popular figures have? Who's the rogue, who's the wizard, who else would be fun to use for this Campaign.

Setting is Real World 2025, this Campaign taking place in the year 2018, the quest is to slay the Ruthless Lich. You can't just kill a lich, you must kill her phylactery.

I am making Pre-Built characters for this Campaign. I appreciate the help and ideas.
Anonymous
View SameGoogleImgOpsiqdbSauceNAO Screenshot (280).png, 426KiB, 853x482

Quoted By:
What're some ideas for starting level quests?

I've got the map/world made, the story set, even possible outcomes for whichever faction my players wanna join because they're a bunch of random murder hobos, but what are some good encounters/quests I can start with?

But the only things I can think of are mindless skeleboys and necromancers. Would Goblins and Orcs be good beginner-tier bad guys?
Anonymous
View SameGoogleImgOpsiqdbSauceNAO yoho.png, 567KiB, 611x792 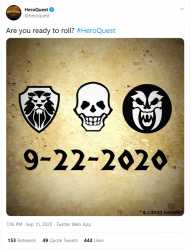 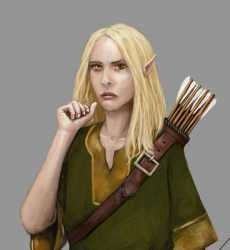 Quoted By:
>"You have my unadultered gratitude, adventurers! I cannot thank you enough for saving my daughter from that terrible maneater in the forest!"
>"R-Reward...? Oh, uh, well.... I... didn't actually have as much money as I promised. I don't have any at all, I'm... poor. B-But I was hoping you'd settle for something smaller! I could give you food. M-Maybe you've done this out of the kindess of your hearts!" 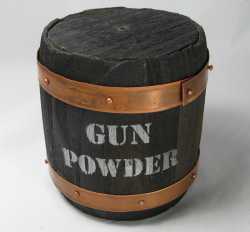 Quoted By:
So to those who knows,Male Powder Fantasy:ASOIAF fanfic is on hiatus due to QM's busy life.
However,QM has hinted at restarting the quest. But is divided between Arkan Island and Arthur Tallon. Thus I beseech you all to vote for either Arkan Island or Arthur Tallon.
The one with the most votes shall be given life again.
Voting begins now!
>Arthur Tallon the Lord of Shit and Bog
>Arkan the Chad of Lys
Anonymous
View SameGoogleImgOpsiqdbSauceNAO pelosi.jpg, 350KiB, 2000x2000 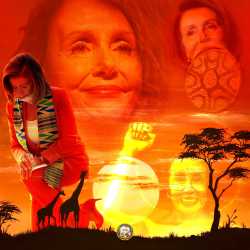 Quoted By:
I've been really jonesing for a tabletop group to play with/ a social activity in general, and so I joined my young, trendy, genderqueer friend's 3.5 group. Surprise, surprise, the other members are even trendier and even more explicitly identitarian in everything they say or do. (I'm not making this thread to knock on them by the way. They're fine people and we share some common interests, I just don't share their subculture and worldview I guess.)

Point is, our current quest has us in a town that's dealing with police corruption. The DM's a 19 year old kid, and when asked exactly what kind of corruption, they struggled to come with an answer, and settled on protection rackets, heavy jail time for minor offenses, and being generally overbearing. The rest of the party don't particularly care, who are gung ho about violence in general, are pretty enthusiastic about the chance to stick it to AC.

The party (including two lawful good paladins) has been inducted into the local thieves guild, and the plan is essentially to storm the headquarters and beat the shit out of the guards until they reform I guess, and that's where we ended the session. The DM doesn't seem to be the type to question the effectiveness of this.

My LE Cleric, who's already a bit of a devil's advocate, has pointed out that it's questionable whether the people will even support a bunch of random brigands and murderhobos who came in and kicked out law enforcement, but I'll admit I don't have a better way to hit these particularly bad cops where it hurts. Again I don't hate these people, I'm a left-leaning gay dude myself, but I really think there's a more clever, more elegant solution I'm missing. 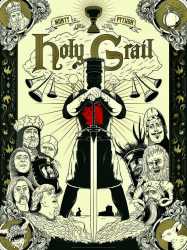 Quoted By:
I am Gona do a Mini Quest for the grail For an small number of players...

They just released their first adventure today. Have you played this system? Would you run it?
Anonymous
View SameGoogleImgOpsiqdbSauceNAO sidequests.png, 32KiB, 606x327

Quoted By:
tell me /tg/, what side quests have you done that you've really liked?

My players just took in someone to be interrogated by their guild, and they opted to let them do it. Figured I'd let them explore and learn the city they're in (homebrewed city). Have some piss poor ideas, curious if any of you have any fun ideas to pass on :)
Anonymous
View SameGoogleImgOpsiqdbSauceNAO 893CE543-5778-47FA-8A2E-D4C935FB (...).jpg, 95KiB, 736x563 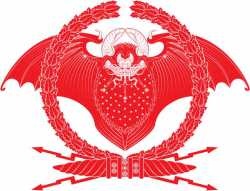 Quoted By:
The entirety of the Russian and Chinese military and police forces get dropped into glorantha
How does everyone fare
secondary question if you get broo semen, put it into a syringe and inject it into living flesh what happens. what if you inject it into dead flesh ? or a wooden table even ? 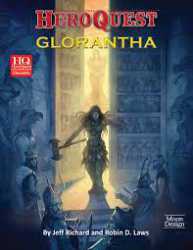 Quoted By:
I haven't seen any stories about the game Hero Quest here yet and wanted to get a thread going for it. I would prefer stories about the Glorantha setting but all stories are welcome.
Anonymous
View SameGoogleImgOpsiqdbSauceNAO Flee_the_dungeon.jpg, 67KiB, 740x389

Quoted By:
I'm writing a PF campaign and I came up with an idea to make an escape from a labyrinth with a timer. The time runs out when a song (@8 min long) ends.
For this to work they would have to make some deccisions in a really fast manner while not getting lost in the labyrinth. The problem is that with limited time I can't allways do dice checks or lose too much time on explanations. The only fast pace situation in the books are the chase scene but they are not time limited.

Any idea on how to make it work? should I just stick with something easyer like a turn counter?
Anonymous
View SameGoogleImgOpsiqdbSauceNAO screenshot027.png60665BF5-50CE-4 (...).jpg, 1MiB, 1920x1080

Quoted By:
>be me, human bard
>party of four has just reached Thundertree
>druid npc telling us about undead and plants in the area
>mentions something about "green dragon"
>whole party starts asking the druid about this dragon, where it is, how big it is etc
>druid points us in the right direction
>skip 90% of the town, go straight for tower
>enter cottage connected to tower, DM describes the room
>"You have entered an old cottage. The room seems covered with a layer of dust, and all the furniture in the room has cobwebs over them and spiders crawling them..."
>I ask if there is a couch in the room
>DM confirms that there is
>Me and drunk dwarf barbarian spend the next ten minutes trying to move the couch out of the cottage
>after getting the couch outside, we go back and kill the dragon
>have to move at half speed to be able to carry the couch around with us
>every time we long rest, laugh at the other partymembers without a couch
>learned mage hand cantrip just to be able to lift it more efficiently
Anonymous
View SameGoogleImgOpsiqdbSauceNAO Flagellant.png, 358KiB, 440x659 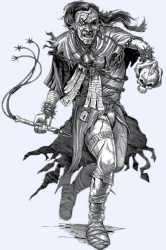 Quoted By:
>a massive cult of unhinged flagellants has launched a rebellion against the crown, intent on carving out a holy land from the old kingdom's bones
×