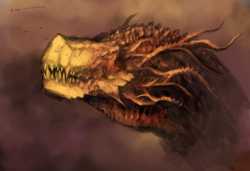 Quoted By:
Your group rolls into a somewhat isolated village, there's a extravagant festival going on and the party's invited to join. As they reach the town's center, they find the thing this festival is out to celebrate. A twisted thing, recognizable as a dragon. Its scales twisted, discolored, and fused together in places, and its eyes are covered in blood-soaked cloth. It turns its head, adorned with flower wreathes, giving the party a brief greeting and turns its blind head back towards an ongoing dance.

The creature will actively attempt to steer the conversation away from talking about its conditions, only insisting that its inner eye can see just fine. If the party presses it on the issue: If they fail at persuading it into giving more information, the creature bares its teeth and hisses for the guard to remove the party (all the guards are drunk from celebrating, but do arrive).
If the party succeeds, the creature insists that it does not need their help and will politely ask the party to leave if they continue to push the matter.

If the party decides to partake in the festivities, the locals would invite them to their dancing and singing, and might even offer them a wreath to place upon the dragon. A druid or party member with a sufficient nature check might notice that the flowers in the wreath are very unusual, many of them being completely unknown and foreign.

From there it's up to you to have it be a one-off encounter, or expand on what's there if the party tries to get to the bottom of the dragon's ailments and why its being worshiped by the townspeople.
Anonymous
View SameGoogleImgOpsiqdbSauceNAO 1538017202615.jpg, 135KiB, 731x780 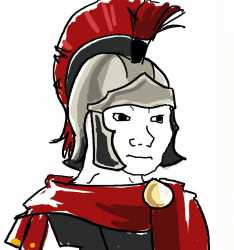 Quoted By:
What should a QM know before starting an Historical Quest?
If you have ever run one, share your experience. 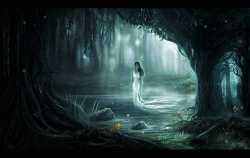 Quoted By:
I have a pretty cool campaign going with my players, and they just waltzed into a fey controlled forest. I want them to have an opportunity to get lost and encounter a ghost. Problem is, I don't want a boring revenge story line for the heroes. 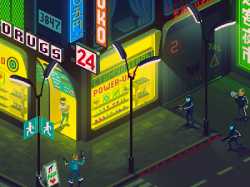 Quoted By:
i'm planning to run a game set in a deus ex -esque cyberpunk world where the players are part of a corperate's secret drug kitchen that sells illegal body/mind enhancing drugs. 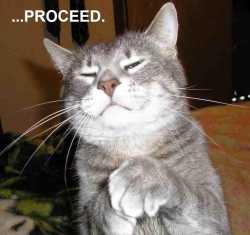 Quoted By:
So i working on a champagne base around the 4 elements, each represented by the kingdoms. Not avatar. Earth is the human, fire is dwarfs, water are underwater races, and air is a mix of races who have airship.
Party will be starting on a magic train and at level 1. The train will be ambushed and after the party take back the train they will be in a small town.
OP
View SameGoogleImgOpsiqdbSauceNAO Thank+you+mrs+dino_51faae_6929763.jpg, 352KiB, 1200x1018 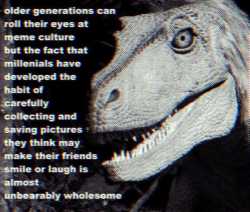 Quoted By:
go on, post your idea for that one quest you've always wanted to run. I know you want to
Anonymous
View SameGoogleImgOpsiqdbSauceNAO 4k5msb.jpg, 2MiB, 1200x1855 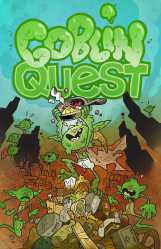 Quoted By:
Have any anons played a oneshot of this?
I'm considering running one with some friends since I really like the idea of 5 characters per player. 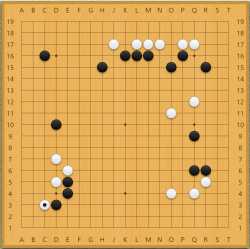 Quoted By:
>sorry about letting the thread die last time, been a bit depressed

>wtf is go?
"Go (Baduk in Korea, Weiqi in China) is an abstract strategy board game for two players, in which the aim is to surround more territory than the opponent. The game was invented in China more than 2,500 years ago and is believed to be the oldest board game continuously played to the present day."


>how do you win
Have more points than your opponent at the end of the game. You count the empty spaces each player surrounds and give them 1 point each.


>how do you capture stones
An individual stone placed on the board has up to 4 open sides (called liberties) and when all 4 liberties are occupied by enemy stones, the stone(s) is removed. Stones that are touching directly combine their liberties. Captured stones are put into their original owner's territory at the end of the game, reducing their territory by one point each stone.
Anonymous
View SameGoogleImgOpsiqdbSauceNAO hsrt.jpg, 69KiB, 861x928 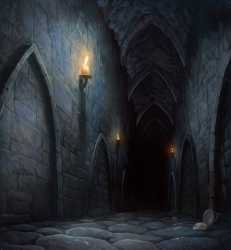 Quoted By:
As you wander the maze you find yourself in a triangular room with a peculiar sculpture in the middle of it. A chaotic mass of stone hands grasp for a silver grail set with effulgent gems, which is suspended in the air between them. A runic circle circumscribes the installation, reading:
THE PRIZE IS YOURS TO TAKE
BUT ONE DECISION MAKE
INTEND TO DIE ONCE IN YOUR HANDS LIE THE GEMS OF ETHALYT 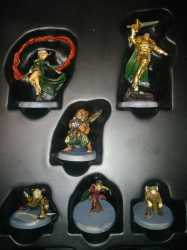 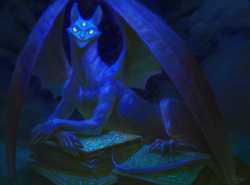 Quoted By:
Im trying to do a quest where the players have to play with some politics but im unable to come up with interesting things to do alongside the RP

So the short version is that so far they've only had the chance to RP and interrogate other NPC's, this is fun for a session, but 3+ sessions of only RP can get really boring.

How can I add in additional rolls and purpose that dont just seem like pointless barriers for extra padding?
Anonymous
View SameGoogleImgOpsiqdbSauceNAO DragonquestV.jpg, 285KiB, 1000x1000 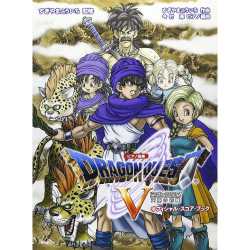 Quoted By:
I know there is a DragonQuest TTRPG but is there a Dragon Quest(tm) Table Top Role Playing Game? Fan made or otherwise.
Anonymous
View SameGoogleImgOpsiqdbSauceNAO 345345.png, 298KiB, 1355x614

Quoted By:
This Sticky is over 2 years old, can it go away now please?
Anonymous
View SameGoogleImgOpsiqdbSauceNAO Starcadia Quest.png, 292KiB, 700x394

Quoted By:
Did you back anything? What do you think of the rules changes?
Anonymous
View SameGoogleImgOpsiqdbSauceNAO pic338410.jpg, 175KiB, 997x630 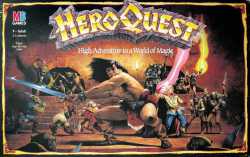 Quoted By:
I made a mod of this game in table top simulator. How does it look? 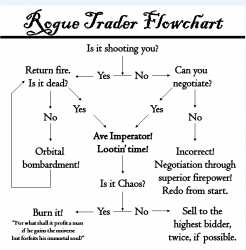 Quoted By:
ITT: shitpost ideas for any type of quests for any system or setting
Quests are the bedrock foundation top of which good rpgs are built.
Anonymous
View SameGoogleImgOpsiqdbSauceNAO quill-and-parchment.jpg, 199KiB, 1600x1066 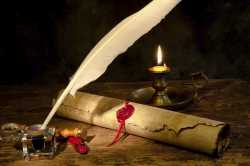 Quoted By:
Hey, you

Why don't you relax a little and write down what happened in your last session?
Anonymous
View SameGoogleImgOpsiqdbSauceNAO BP Richfield.jpg, 748KiB, 968x1164 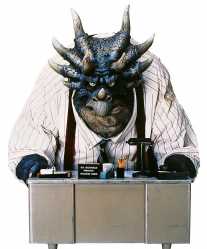 Quoted By:
The Company has decided that Elfleaf forest would be put to better use as 15,000 low cost housing units and several million coffee tables. We're gonna need a bunch of schlubs to serve as Tree Pushers for Minimum Wage. Now go and get some!
Anonymous
View SameGoogleImgOpsiqdbSauceNAO E2701B84-A741-43B6-818D-1BCC3BA0 (...).jpg, 94KiB, 753x627 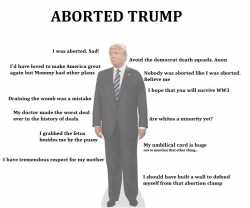 Quoted By:
Why can’t i get kings quest 3 midi or see much remixes of the theme to it? 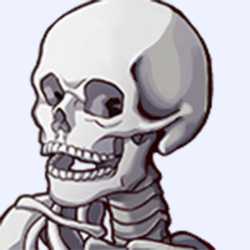 Quoted By:
So I have this idea to make this scary quest. The 4 players I have will be people who betrayed this one guy.

And that one guy they betrayed ended up being executed. And so the guy comes back as a vengeful skeleton who wants to kill the 4 party members.

The problem is I've never really done a quest like this before. How do I manage something like this without it devolving into shit? Do you guys have any tips that would allow me to make this a fun quest for everyone?
Anonymous
View SameGoogleImgOpsiqdbSauceNAO m5HKGZs.png, 277KiB, 1163x356

Quoted By:
What are these exactly? I just saw these up when looking at Dragon Heist and the new Undermountain adventure coming out..

Are these novels? I can't find any good info? I found that older endless quest books appear to be actual quest books.. so what are these and what edition are they for if they are adventure modules?
Anonymous
View SameGoogleImgOpsiqdbSauceNAO cuddle.gif, 122KiB, 500x362 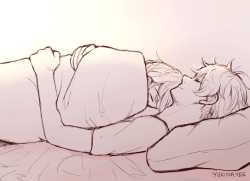 Quoted By:
I have an idea for a cuddle quest. Where you're a person working for a cuddle organization and you go out to certain lonely people and you cuddle with them to try and make them happy.

Would this be an ok idea for a quest, or would you hate it?
Anonymous
View SameGoogleImgOpsiqdbSauceNAO Realm Quest.png, 351KiB, 605x584 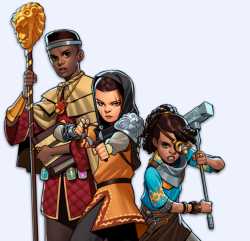 Quoted By:
Kiri is mutated, she is entirely immune to mental scaring, has literally boundless determination, and is incapable of feeling fear as well as lying. She holds in her hands "The Catapult" a slingshot possessed by a bloodthirster. How else could she survive the pit's so young? She was sent into the slave pits as a helpless child, and Khorn appreciates a fight, not a meaningless slaughter. That's when she got the catapult. She has proven her worth time and time again, slaying thousands in her still short life. The bloodlthirster alive in that weapon is raising her as an unfeeling killing machine. Just you wait, the book will say "Not advisable for children or the easily disturbed".

It will be a story of how Kiri assists the other children in escaping the barbarians, by mercilessly killing them and leaving their skulls impaled on their weapons. Her demonic "parent" will instructing her to "run along and make friends". Her fellow children will be afraid of her uncanny character, absent of fear and deception. Over time they will grow to trust each other. All according to the demons simple plan. The bloodthirster's presence is felt by a stormcast eternal, who rightfully accuses her of being an evil demon child. Kiri's friends defend her first with words, but when the stormcast eternal attempts to strike down her evil, their bonds of friendship hold fast. Together, the three children kill the eternal, and make an enemy of Sigmar. The rest is a story of how the children try to hold on to their goodness as they inevitably fall to chaos. Before you know it Alish will be forging demonically possessed airships, among other weapons for the armies of chaos. Elio 's study of medicine will become an obsession with the effects of disease and poison on his many indiscriminately chosen victims. Kiri will just keep killing until "Warhammer, Age of Chaos" is the setting title. 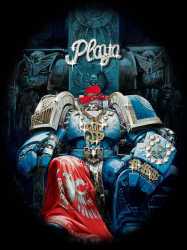 It was an era of change. Lord Guilliman, greatest of the Primarchs and second-most beloved of the Emperor ("fucking Sanguinius," muttered Marneus) had returned to the realm of the living despite the mortal wound inflicted by the traitor-Primarch, Ful-something or other. With his reincarnation came legions of Primaris Space Marines, a culmination of a project ten millennia old, intended to phase out the old space marines who were frankly not all they were cracked up to be. Marneus Calgar looked forward to his own ascension into becoming a Primarc- Primarine, a feat that the mad tech-priest Cawl had promised was possible. It would not do for the greatest Chapter Master of the greatest Space Marine Chapter to stay stuck in this diminutive form while younglings strutted around in their glorious heighthood, after all.

It was not the promise of upgrade that made the usually taciturn Lord of Macragge smile, however. Nor was it the return of Lord Guilliman, which he kind of resented in a deeper sanctum of his multi-part heart. For thousands of years he had administrated the realms of Ultramar, an empire within the Imperium, and he had to up and give away all his authority to some upstart- no, he corrected himself, He was the Primarch. The Chapter was Guilliman's by nature.

It still rankled that Rowboat took his Gauntlet of Ultramar when He left for that Indomitable Crusade of his.
×