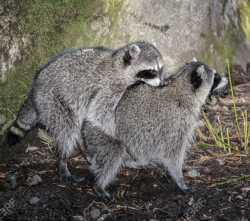 201KiB, 640x568, FB6C9090-4045-489D-A46E-2F95060BE203.jpg
View SameGoogleImgOpsiqdbSauceNAO
Quoted By: >>3834438
Weird question. I was curious and looking at different animal penises (not a degenerate, I was just curious and wanted to learn). I was shocked to find that there's seemingly only a single picture/video on the entire internet of a raccoon penis, as far as I can tell, and it's a dead racoon so it's probably not what it "normally" looks like: https://www.youtube.com/watch?v=Q0CpgymFa48

Are there any actual other pictures of a raccoon penis out there? NOT THE PENIS BONE. People selling the baculum (penis bone) makes it way harder to search for since that's 99% of what shows up.
54 posts and 16 images omitted
Anonymous
Quoted By:
>>3828268
Some board on 8 maybe?
Anonymous
Quoted By:
>>3828268
4chan is hosted in texas. distributing photos of bestiality is illegal in texas.

Quoted By:
>>3834558
you can also use them to make drip tubes for stills, drinking straws, and fishhooks. 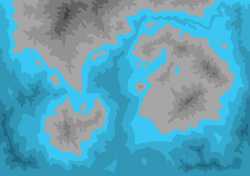 1MiB, 4092x2893, World1 Map.png
View SameGoogleImgOpsiqdbSauceNAO
Quoted By:
first of all: i'm not a good artist, so excuse me in advance for the wonky looking drawings. i'm also obviously not a genius on biology, ecology and geology, but i tried my best to stay coherent and make sense with my choices while keeping a dose of originality. keep that in mind later.

i've seen a few collaborative projects here and there on the internet on spec evo, so i thought it would be interesting if we tried to do one too, based on an exoplanet. obviously thought, the project has to start with some base informations.
the planet is currently entering a phase we could compare to earth's cambrian explosion, also looking not too different to it geologically speaking. to keep things easy to follow for me, we could say it's near indistinguishable from earth in it's chemical compositions and astrology, save for a further distance from it's sun compared to it (close to bordering the goldilocks zone). complex plants have also evolved earlier and will have a quicker impact on the planet in the future. as for the food chain, it's pretty basic so expect to disrupt it in one way or another as the thread goes on.
submitting is simple: you take one of the lifeforms that are going to be shown in my next post and you "evolve" a new creature out of it. the submission must be detailed enough to make a plausible creature from a biospherical and evolutionary standpoint. submissions may also be based on other anon's submissions, including yourself. i'll try to etch a sketch from it too if i find it good enough for the project.
155 posts and 30 images omitted
Anonymous
View SameGoogleImgOpsiqdbSauceNAO Worms.png, 330KiB, 4092x2893

Quoted By:
>>3777424
Pickworm: derived from the feeble pinworm, these weird creatures first evolved in the proximity of the low-tide gardens, where both drill lettuces and pillar lettuces coexist, acting as a ramp for it's evolution. dotated of a particular, very hard horn and strong muscles to support it, it carves out it's nest by digging on the calcium growths of it's plant of choice, while carefully remaining hidden in the foliage in case of necessity. obviously, plants with stronger, thicker pillars are preferred to those with thinner ones, and as a matter of fact this animal acted some selective pressure on these very plants by breaking all the ones that ended up being unfit. after it's done, it will lay off in it's new hole, where it will cover itself from predators and deposit it's eggs. the holes are often reused whenever one of it's owner dies, sometimes passed on between generations. a short, stocky body helps squeezing in it, while the whiskers, quite developed, can be used also to clean it off from detritus. for obvious reasons, this creature is now much more common in the deep pillar forests, where hundreds of these can live in a single plant.ù

Dartworm: among the succesful finworms, some switched to a more cruent lifestyle, mostly involving literally darting itself to the prey. the dartworm may be weak and unremarkable alone, but it has developed a peculiar group hunting strategy that often ensures them a happy meal. they hunt by darting themselves on the preys, that range from barely bigger rorolas to humongous foes like the novish, trying to scrap out some bits of meat. it is one of the slimmest fishworms, but it has a well-developed fin, now vertically oriented to give it even more push, which gives it a fair advantage over many of it's cousins. the whiskers, now atrophied due to being a hassle against the new lifestyle, have been replaced in scope with tiny and underdeveloped eyes.
Anonymous
Quoted By: >>3778819
bömp
Anonymous
Quoted By:
>>3778805
I think we have a fleshed out enough ecosphere
If the thread died, it wouldn't really matter
Besides, poster count hasn't risen for days
Anonymous
Quoted By:
Why so mean to the stilt sgrabs :( I thought they'd be one of the two most succesful groups of scallop crabs along with the pesky sgrab radiation
Anonymous
Quoted By:
Yeah
Anonymous 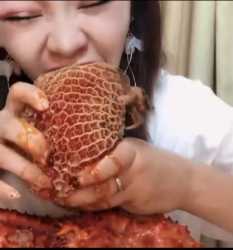 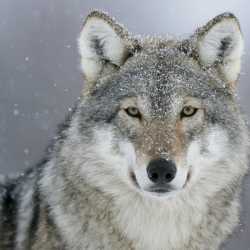 Quoted By:
It actually has nothing to do with animals.

>The term "lone wolf" was popularized by white supremacists Louis Beam, and Tom Metzger in the 1990s; and then later by Alex Curtis.Metzger advocated individual or small-cell underground activity, as opposed to above-ground membership organizations, envisaging "warriors acting alone or in small groups who attacked the government or other targets in 'daily, anonymous acts'". Beam and Metzger credit the idea of small-cell structures to avoid detection to anticommunist theoretician Ulius Louis Amoss who in 1953 sought to protect the identity of US agents encouraging resistance to Soviet repression in Eastern Europe.

I think you can see where I'm going with this.

>Terrorism expert Brian Michael Jenkins of the RAND Corporation prefers the term stray dog to lone wolf. According to Jenkins, most individuals involved in such attacks "skulk about, sniffing at violence, vocally aggressive but skittish without backup".

RAND Corporation is actually part of the federal government, it's effectively the OSI's think tank. Rumsfeld officially closed the OSI, but it's activities continue and primarily concern the prediction and control of terrorism with the assistance of RAND. Jenkins is actually engaged in psychological warfare with the dissparraging statement, realistically "lone wolf" and small groups using the "clandestine cell system" are difficult for RAND to create functional predictive models of. In essence lone action and no-contact small cells are impossible to stop and they want to do everything they can to prevent both foreign and domestic terrorists from forming these disparate organizational structures.
Anonymous
Quoted By:
>>3557343
So you are too autistic to understand symbolism. thanks for confirming
Anonymous
View SameGoogleImgOpsiqdbSauceNAO sad.png, 610KiB, 553x690

Quoted By:
>>3554208
People identify me as a kitten or some other small defenseless animal
I think its my eyes
Anonymous
View SameGoogleImgOpsiqdbSauceNAO Bearded_Dragon_1280x720.jpg, 102KiB, 1280x720

Quoted By:
I identify with bearded dragons. Using your brain is hard.
Anonymous
Quoted By:
>>3554291
>Did you know that while wolves will happily choose a new mate if it benefits them
Almost always only in cases if their mate is dead. I don't know where you got this notion that wolves were less 'loyal' to their mates than coyotes, but the literature disagrees with you 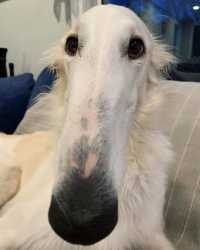 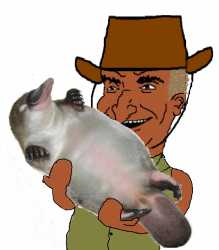 This is like the third time that I know I posted but it didn't go through or something and the thread got archived. >>>3458488 previous.
287 posts and 150 images omitted
Anonymous
View SameGoogleImgOpsiqdbSauceNAO platypus (1).jpg, 46KiB, 375x375

Quoted By:
>>3646142
It's very important to alway make sure that your platypus is warm and dry befor you put them to bed. If you let them go to sleep wet they can get pneumonia and die. Good platypuaries like Healesville have little squeegee wipers on the entrance ways to their burrows to dry their platypuses off when the get out of the water.

Quoted By: >>3648824
>>3647149
I would say island lakes/stream system. I think there are too many aquatic preadators in Louisiana. It would have to be somewhere without things like dogs and foxes. They decimated platypus populations. Sadly I think the "domesticated" tiger rought is the only way to save the population. Just hopefully with much better "owners". I would exit bag myself if I ended up getting platys breader mill'ed in horrible unkempt dingy cages being neglected .

This is your daily reminder to want a platypus. Responsibly.
Anonymous
Quoted By:
>>3646197
>>3648562
>>3648811
I think they would do good in the clearwater springs in Florida. Imagine seeing platypuses swimming and foraging alongside manatees, would be cute.
Anonymous 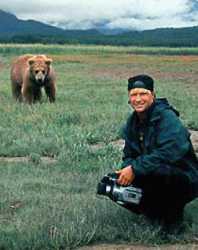 > Reckless asshole who overstepped a boundary with one of the top predators on earth. What happened was inevitable.

> A dreamer who saw nature as beautiful and worth getting closer to and who was more experienced than he’s usually given credit for. What happened was a fluke.

Thoughts?
17 posts and 3 images omitted
Anonymous
Quoted By: >>3534674
>>3532097
Tim was repressing his gayness, his most secret desire was to get raped or manhandled by a stronger ‘bear’ male. Perhaps originally it was a simple desire to be dominated consensually, but as time passed and he repressed more, the desire escalated to become a fatal attraction, he wanted to be killed in this supreme act of indulgence.
Tim proved something quite interesting: grizzly bears aren’t automatically gonna attack you, they may ignore you like you’re a loon for months. I found this shocking because the GoPro bear chase videos had me thinking every grizzly encounter made them activate predatory behaviors, but the bears around Timothy just kind of.., ignored him. It’s kinda weird actually.
Anyway, I think the bear just got tired of hearing his gay voice, seriously. If Tim had been quiet, it probably wouldn’t have bothered him at all, it was that annoying feminine gay voice he had. The bear, naturally a crude macho beast who has no sense of lgbtq awareness, lol, was annoyed.
Anonymous
View SameGoogleImgOpsiqdbSauceNAO bear grab.png, 444KiB, 844x1200

And bears acclimatised to people from cubs do tend to see them as background nothing objects. You see this phenomenon with bears in the Alaskan parks where people congregate to watch them fish, etc. Still have to be very careful but they generally ignore or seem to be able to make a distinction about walking into spaces humans are already in. 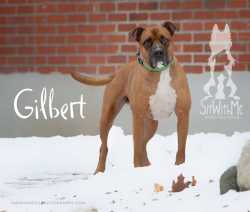 47KiB, 720x611, download (14).jpg
View SameGoogleImgOpsiqdbSauceNAO
Quoted By:
If a pitbull up for adoption at a "rescue shelter" were named "Gilbert" was its name originally "Killer"?

They sound very similar and it's a weird name for a dog.
Anonymous
View SameGoogleImgOpsiqdbSauceNAO 3c.png, 1007KiB, 1533x1367

Quoted By:
>Renamed and/or Reclassified Pitbulls
based thread
dog in the middle was renamed and/or reclassified as pitbull by the MSM and the dogsbite.org
Anonymous
View SameGoogleImgOpsiqdbSauceNAO 1q.png, 4MiB, 2353x1525