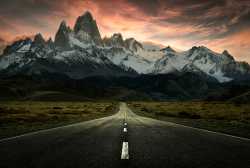 1MiB, 1400x944, some road or something.jpg
View SameGoogleImgOpsiqdbSauceNAO
Quoted By: >>2964327
How do you know when it's time to put a pet down? I don't even know if this is allowed here, and I know ultimately this is my call. But if you have had to decide whether or not to put an animal down I would love to hear how you came about that decision. I'm absolutely torn right now and I'm not sure if I'm approaching this rationally.

A year ago, my 10-year-old miniature schnauzer suffered a neurological event. This has caused him to suffer from significant anxiety since. Our vet has put him on daily valium, and while it reduces the symptoms he's definitely not the same as before the event.

A fortnight ago he started vomiting, and hasn't been able to keep all of his meals down. He'll vomit once a day. Our vet has put him on an anti-nausea medication but it has little effect. He's lost a lot of weight and my wife firmly believes now is the time to put him down.

The problem is he's still himself 80% of the time. It's so difficult to gauge because the main problem is neurological, and while the nausea and vomitting is impacting him neither our vet or we know if it is temporary, or a by-product of his neurological event.

Our vet has told us it'll be time when we realise he is no longer himself. When the good in his life no longer outweighs the bad. My wife is adamant now is the time, but I feel her justification is driven by the potential of a future event that would absolutely cripple him. I don't want this to happen either, but I just feel like we're saying goodbye at the first road bump since his event. I don't want him gone. I feel there's time left in him.
2 posts omitted
Anonymous
Quoted By: >>2963991
>>2963911
>>2963918
I really cannot tell you how much I appreciate your input. Thank you.
Anonymous
Quoted By:
>>2963927
No problem, and adding some more stuff.

Here's a website that has some really good articles on this topic:
http://www.pet-loss.net/
The "Defining Quality of Life" article is relevant to your situation, but I recommend reading the other articles too; they're very well-written and helped me sort out my own feelings in the past.

This scale is for calculating whether a pet's quality of life has degraded to the point where it's time to let go:
https://my.vetmatrix.com/0033049/storage/app/media/5c2145cb7e460_QualityofLifeScale.pdf

According to google, miniature schnauzers usually live 12-14 years. You said your dog's still only 10, so I'm guessing he may not really show signs and pains associated with old age yet? If the dog's only physical issue is vomiting once a day, the scale in the second link may or may not give him an amount of points that's considered acceptable.
However, if the dog has kept vomiting for that long, I feel like he's probably not going to improve, and clinging to him is just prolonging the inevitable while watching him deteriorate and suffer.

If I were in your situation and hesitant to make the decision without a noticeable sign, I'd probably do it something like this; if the dog vomits X amounts of times in Y amount of time (you can decide together with your wife how often is too much), it's time.
Anonymous
Quoted By:
op, i'd take him to another vet to get a second opinion about his vomiting/anxiety before putting him down. of course, this might lead to expensive tests and/or treatment that you don't want to pay.
Anonymous
Quoted By: >>2964327,1
>>2963867
I waited too long for my GSD. She was lame in her back legs (hip dysplasia and as I surmised later, a neurological condition called Degenerative Myelopathy) and carried her ass end around in a sling for the last 3 weeks of her life. She had a neurological event (stroke?) and was all fucked up and I finally decided it was the end. Wish I would have done it 2 weeks prior. I dunno how to "teach" you that but is what is.
Anonymous
Quoted By:
>>2964327
I kno your feel bro.
Anonymous

29KiB, 425x239, gorill425-425x239.jpg
View SameGoogleImgOpsiqdbSauceNAO
Quoted By: >>3172599
How much could gorilla bench press?
20 posts and 4 images omitted
Anonymous
Quoted By:
If their anatomy/flexibility allowed them to do a bench press (which I doubt), untrained they could probably do their bodyweight + a little extra based on human capabilities. So say 400-500 lbs.
Anonymous
View SameGoogleImgOpsiqdbSauceNAO crazySilverback.jpg, 140KiB, 1489x1440 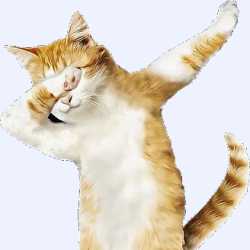 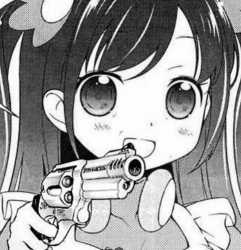 Quoted By:
People who bump threads like these are just as cancerous as the vegan posters.
Anonymous
Quoted By: >>2850189 >>2850198
>>2850115
Fuck you extremists, we live as we please and as our ancestors did. The fact that the meat industry has become a hellish nightmare nefarious for every being involved in it is no reason for an outright ban of farming, fishing and hunting.

>>2850141
Vegans don't live longer. It's a myth you faggots have convicted yourselves of. No study proves it. You're probably the same dumbass I already asked for proof of this a few months ago.

However, there is multiples cases of young children dead from the strictly vegan diet imposed by their parents. Because you can't grow a baby on basedmilk.

You vegans are worst than communists. Most communists could not imagine communism would cause millions of deaths before their leaders came in power. You are already causing the death of your children ; and yet you still claim on every media that you are right, and that everybody will have to go your way.

We will not follow you in your madness. Fuck off and let us live.
Anonymous
Quoted By: >>2850198,1
>>2850180
>l-look at this news article where some insane couple made their kids eat only lettuce for 2 years back in 2005!
>vegans are dangerous and need to be stopped! >:(
Anonymous
Quoted By: >>2850198,1
>>2850180
>Fuck you extremists, we live as we please and as our ancestors did.
That's not as good a point as it sounds in your mind.
>The fact that the meat industry has become a hellish nightmare nefarious for every being involved in it is no reason for an outright ban of farming, fishing and hunting.
"Yeah, these industries are evil and need to change, but lol they'll do it on their own. We can keep giving them all the money and power they ask for and nothing bad will happen, I'm sure of it. :^)"
>However, there is multiples cases of young children dead from the strictly vegan diet imposed by their parents. Because you can't grow a baby on basedmilk.
"Feed your 2-month-old baby steak because fuck vegans"
Vegans who refuse to feed their children breastmilk are in the extreme minority.
>You vegans are worst than communists.
Overstatement of the year.
>Most communists could not imagine communism would cause millions of deaths before their leaders came in power.
This sounds like your own personal vendetta against communists, not really related to veganism. Like, at all.
>You are already causing the death of your children ; and yet you still claim on every media that you are right, and that everybody will have to go your way.
>We will not follow you in your madness. Fuck off and let us live.
Wow, you seem quite angry. I don't think I'll ever understand why not eating dead animals inspires such rage in some people.
Anonymous
Quoted By:
>>2850189
Yep ; when you have 2 cases of families letting their child die of malnutrition in less than a year, vandals destroying butcher shops and slaughterhouses (atleast burning slaughterhouses is logic, ransacking butcher shops doesn't bring the steaks back to life), with many vegan organisations supporting these exactions, and claiming that this is only the beginning, I consider veganism a dangerous ideology that needs to be stopped.
>>2850198
I have nothing against vegetarians/vegetalians. It is their personal lifechoice to not eat dead animals/benefit from animal products.
They have always existed (pythagoricians), but never threatened the rest of the society, only questioned it.
Vegans are vegetalism extremists. What used to be a personal lifechoice, they want to impose it upon humanity. They were similar to the temperance movement only a year ago ; but they have become more and more obnoxious and violent. I consider veganism as potentially dangerous as marxism. Because, like marxists, vegans are partly right, but consider they hold the Truth and the Justice. Everyone else who disagrees is wrong.
And as I mentioned, they prefer letting their children die rather than admit they are wrong.
Anonymous

Quoted By:
Yes
Anonymous
Quoted By:
>>2819836
>there are children starving in Africa
>for some reason we don't just test on them in exchange for a full belly
Anonymous
Quoted By:
It's all we have for now, but we should work hard to do away with it ASAP. It shouldn't be used any longer than necessary.
Anonymous 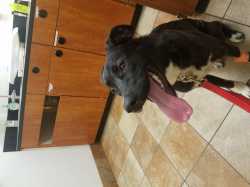 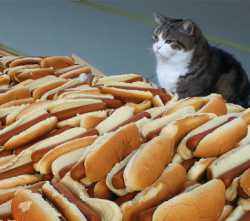 Did he deserve it?
84 posts and 11 images omitted
Anonymous
Quoted By: >>2591728
>>2589445
This legitimately pisses me off, but maybe it's just because I hunt for food not sport. If we see a buck with a nice set of antlers, we let him go to spread his genes so that we don't end up with emaciated numale deer
Anonymous
Quoted By:
>>2589036
THIS. I would actually watch it.
Anonymous
Quoted By:
>>2591601
Dont deer get impressive antlers based more on age than genes?
Anonymous
View SameGoogleImgOpsiqdbSauceNAO hyeanalaugh.png, 498KiB, 617x655 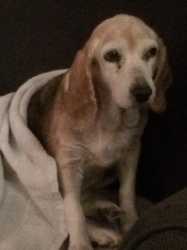 She hadn't ate anything in over a week, then she stopped drinking water. She would sometimes try to get up and walk, but just stagger or fall down she was so weak and fragile.

Until today she didn't show any signs of pain. But today she didn't even try to get up, then she had a seizure, and started crying. We decided it's finally time to take her to be euthanized.

It seemed to be too much for her. The car ride there I held her, she was still responsive and looked at me. She died when I was carrying her into the vet and laying her down on the table, she tensed up, and it was over very quickly. I could see the life leave her body, and the suffering was over.