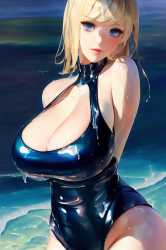 I’ve been using computers for over three decades and I’ve never seen things it so bad. Software quality deteriorated so fast. I never had these problems a few years ago. Almost every single piece of modern tech is garbage that doesn’t work right. My smart home devices stopped working because of the latest updates bricking them. I don’t want to update but I have to because I need access to them from my phone. But my gripes go beyond the personal and into the professional.

I work for a financial services firm. In the past few years every single piece of software we’ve bought or commissioned has had some sort of critical flaw that made it unusable for us and our clients. I’m talking about multi-billion dollar liabilities that may occur due to bugs. We have an entire department dedicated to maintaining and running 1990’s macs with outdated accounting software because not only are modern macs incompatible with old software. But said software works better than any modern equivalent. The company that made the software in question was bought up by a competitor and the licensing is brutal. We can’t crack it. Or reinstall on another computer without the licensors permission. A permission which they will never give.

Not only that. But my wife and I own a business on the side. We use square. We’ve had nothing but trouble dealing with square’s bullshit. I can’t tell you how many hours to I’ve spent on the phone with square tech support. Our previous company had none of the issues. But charged out the ass for credit cards which is 50% of the business. 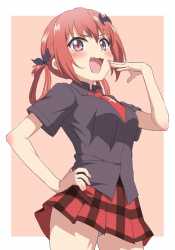 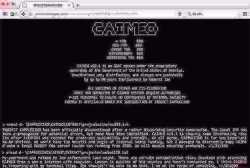 Although this is just an archive, the user also posted a 2hr-expire paste on pastebin in the same thread maybe 5m after. Reupped it here: 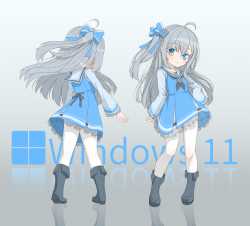 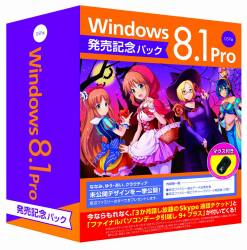 355KiB, 1378x1393, 1382376573322.jpg
View SameGoogleImgOpsiqdbSauceNAO
Quoted By: >>37926205
2014:
>Xbone launch was decent, but sales have dropped horribly. It's sold less than the Wii U and PSVita.
>Windows 8 sales drop heavily after Steam OS and Ubuntu go mainstream.
>Microsoft continues receiving funds from the Government and NSA because they need to place a Kinect 2 in every house.
>Why do you want privacy if you are doing nothing wrong
>Everyone who doesn't agree to being spied on 24/7 is a terrorist
>Life goes on as ever
10 posts and 2 images omitted
Anonymous
Quoted By: >>37926461
>>37925584
>You now need a Google+ account to use google search and browse videos on Youtube.
>In other news, Google has begun taking actions to take down the rising gtube video hosting website which is attracting a lot of attention in the media lately for being free (as in freedom) and anonymous.
>Internet Explorer is now the browser of choice.
Anonymous
View SameGoogleImgOpsiqdbSauceNAO troll-face.png, 41KiB, 462x377 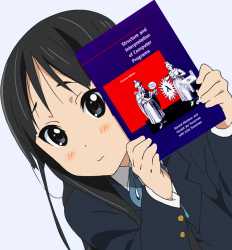 >Lisp is a family of programming languages with a long history and a distinctive parenthesized prefix notation. There are many dialects of Lisp, including Common Lisp, Scheme, Clojure and Elisp.

(defvar *alt-names* '(/emg/ /let/ /flet/))
(setf *prev-thread* >>89508962)
315 posts and 50 images omitted
Anonymous
Quoted By: >>89728110 >>89728387
>>89727471
You can do a lot in one thread if you just believe.
https://twitter.com/EzoeRyou/status/1590288997536141313
>Germany used Emacs for air traffic control
Anonymous
Quoted By: >>89728387
>>89727989
I once wrote a SNMP trap daemon in GAWK. I came in under budget. It performed well and never crashed. Actually, I vaguely recall some fault with the Net-SNMP (standard Linux SNMP suite) packaging on RHEL that took down our clients' monitoring, but our custom shit was immune despite running on (generally speaking) the same infrastructure. I got a handshake from the CEO. Doesn't mean it was a good idea. When the Net-SNMP system failed, it made a lot of noise in standard format, then landed in a mature net of well-understood troubleshooting and mitigation. Our client rolled their package back and went about their day. If my shit had failed, we might not even have known about it until we looked like assholes in front of our whole network. I got lucky. You might get lucky! You might not.
Anonymous
View SameGoogleImgOpsiqdbSauceNAO ania-pieroni-inferno.jpg, 51KiB, 467x467

Quoted By:
>>89727989 >>89728110 cont'd
The lesson here is not "don't hack," it's "understand why you're hacking." You (I presume) asked for reasons to not use EXWM. The real answer is "Emacs is not a universal graphical system and its fundamental design constraints prevent it from becoming one." The fact that you want to use EXWM says more about you than it does about Emacs, if you see what I mean. If your ultimate goal is to manage windows in Emacs then what difference does it make if there are roadblocks? If it's not, then use a real wm lmaooooo
Anonymous
Quoted By:
>>89727471
Most WMs are single-threaded. Why the hell would you need multi-threading for a WM? It's not a computationally expensive program.
The actual issue is that it runs in the same thread as Emacs.
Anonymous
Quoted By:
>>89697553
>does anyone even give a fuck about unix philosophy anymore?
its not really a thing thats strictly defined since unix is sloppy in design.Emacs is way more regular than linux in general folows way more rules and is in essence a elisp interpreter that executes a bunch of code at start.
Anonymous

36KiB, 483x213, ScreenHunter-34-May.-26-12.57.png
View SameGoogleImgOpsiqdbSauceNAO
Quoted By: >>89679641
Smartest Windows Luser
https://www.youtube.com/watch?v=AItTqnTsVjA
14 posts and 4 images omitted
Anonymous
Quoted By: >>89679814
>>89679583
>edited pictures/audio/video
All of that can and is done in 2/3 large programs, usually separately from each other. Why exactly do you need the "graphical shell", what is it doing?
Anonymous
Quoted By:
>>89676111
Nice find, i like the mouse gesture
Anonymous
Quoted By: >>89683010
>>89679612
The GUI is providing visual cues that prompt his memory to allow him to use the computer. It's a visual aid. For example he doesn't remember the names of his programs so he can't type them. He relies on taskbar to show his open applications. He uses those numbers to tell him how much space he has left on his 4 hard drives which I'm assuming is his method of categorising his files.

He uses window7 because he has a TON of old programs that don't have linux/windows10 equivalents.

He wants a GUI that operates in a way he can intuit and matches the way he already things. He split his programs by surface and core because he imagines his computer like a planet so there's a lot of autism/theorycrafting already there to work around.

That said everyone wants to use a program or operating system that works in a way they can intuit or understand so that's not really trashing him.
Anonymous
Quoted By:
I wonder why gui still sucks to this day.
Anonymous
Quoted By:
>>89679814
>He uses window7
based
>he has a TON of old programs
yep when software actually had SOVL
×