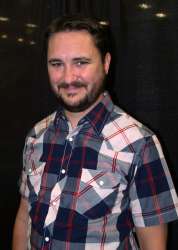 I think he worded it that way so he can always fall back on "but I said I take ultimate responsibility!".

I think so? I was hoping you'd get a reply other than me. May not be the case though. he has a far thicker beard and his hair goes the other...way?
Anonymous
Quoted By:
>>46104192
It's also inspired by Dune as well
Anonymous 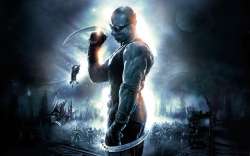 Chronicles of Riddick was fun. I would call it 'good,' but the over-the-top silliness of the whole thing let me enjoy it.

No movie was mostly decent. Fucking the gay out of the lesbian chick kind of made that half of the movie a bit creepy, though.
Anonymous
Quoted By:
>>47611927
wouldn't call it good*

Typing with cold fingers sucks.
Anonymous
Quoted By:
>>47611927
>Riddick is bad.
Get some help brainlet
Anonymous 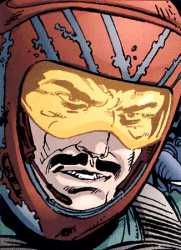 Latest FFG news
https://www.fantasyflightgames.com/en/news/2019/8/7/the-weight-of-the-empire/
384 posts and 113 images omitted
Anonymous
Quoted By:
>>67809440
There's already a thread up, anon.
Anonymous
Quoted By:
>>67808336
Perhaps it is part of the Arkanian courtship ritual.
In any case, Adasca's plan to re-unify all the Arkanians in a single race is worrying on many levels but at least it ensures that the next generation is not locked in a ghetto, which is a positive thing. But to make sure it didn't start to make any sense, the next thing it does is to take out a hologram of a giant monster. In case anyone did not remember that he was a mad scientist.
Anonymous
Quoted By:
>>67808355
That thing could have come out of Warhammer 40000. That makes sense because a lot of things from Star Wars and Warhammmer 40000 could go from one setting to the other without much trouble.
Anonymous
View SameGoogleImgOpsiqdbSauceNAO imperial assault.jpg, 155KiB, 894x894

Quoted By:
Three of my players want to ditch using rolls to start 'freeforming' combat. Does anyone have experience with freeform combat? I'm afraid my players are just going to turn themselves into immortal gods if we do this.
Anonymous
Quoted By:
>>67795483
>Trash 40k.
Wrong its Dune-Lite idiot
Anonymous 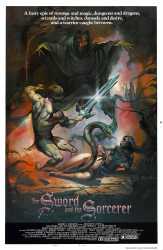 782KiB, 1930x2947, MV5BYTZiYjJmYjk[email protected]@._V1_.jpg
View SameGoogleImgOpsiqdbSauceNAO
Quoted By:
How about we post some /tg/ approved movies and TV? Or at least shit we like that inspires us. We've had some productive threads on books, and I think the most important thing with rpgs is to maintain inspiration, or failing that, at least motivation.
I'll kick off, I guess the genre is fantasy and historical, there's stuff I think works really well as /tg/ in SF and horror, but we can do that later, as fantasy is such a huge genre. 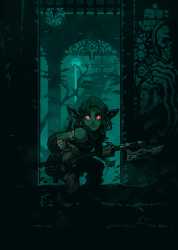 179KiB, 1200x1682, D48uBuPW4AAVQ1a.jpg
View SameGoogleImgOpsiqdbSauceNAO
Quoted By: >>65905044
Why is exploration (both of wilderness and of structures) such a hard concept to translate into tabletop RPG satisfyingly? Is there any game that has truly nailed the feeling of being lost in a harsh environment and coursing through dangerous situations?

I feel like this is what the original D&D, and by extension OSR, sets out to do, but it comes across feeling like aimless, pointless punishment to the point of "meat grinder" being a commonly accepted trope/concept, where things take an immediate death toll instead of being a hard-fought segment of a larger story or world.
In addition to the danger factor, and specially during wilderness exploration and overland travel in general, games tend to fall for the bookkeeping route of tracking minutiae of resources instead of making use of a more elegant dynamic to get across the idea that characters should be wary of their resources. Specially during Hexcrawl, which is a wholly grinding halt to any kind of campaign on its own and requires some serious elbow grease or luck to make truly interesting.
What's worse, these kind of design ideas are converted and repeated over and over again by different games, and none of them really stop to think of new baseline dynamics for these issues in the first place, and make the same mistakes that made the dungeoneering and wilderness exploration gameplay style an obsolete relic in the first place.
19 posts omitted
Anonymous
Quoted By: >>65904452 >>65905044,1
>>65900621
Numenera is not a good example of anything, anon
Anonymous
Quoted By: >>65905044,1
>>65901754
I mean, it's a good example of what not to do.
Anonymous
Quoted By:
>>65890055
Some sort of procedural system would be best I think, but I don't know how to execute it well.
Anonymous
Quoted By:
>>65901754
>>65904452
Wrong
Anonymous
Quoted By:
>>65901746
Absolutely wrong
Anonymous 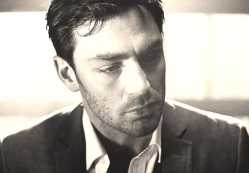 30KiB, 620x430, tired_of_living.jpg
View SameGoogleImgOpsiqdbSauceNAO
Quoted By:
>first campaign I ever played in
>party was an elf thief, a human thief, a human fighter, a female human wizard and a female human fighter
>latest campaign I played in
>party is a dragonborn warlock, a tabaxi ranger, a halfling bard, and a tiefling sorcerer
What the hell happened to D&D?
316 posts and 37 images omitted
Anonymous
Quoted By: >>61563686
>>61563506
"I will continue to move the goal posts to justify my extreme faggot tier hatred of non human players."

People like you should do us all a favor and drink a cup of bleach you insufferable cunt
Anonymous
Quoted By: >>61563686
>>61563506
You got it backwards. He's played 200 dull humans, and thought that was fine. Once he made a tiefling, suddenly it was exciting.

You'd think he would have given up after the first 50 boring games that he didn't contribute to, but you don't know this one. He has endless capacity to be a waste of air and space.
Anonymous
Quoted By: >>61564287
>>61563564
cry harder faggot

Quoted By:
>>61563686
"You're a massive faggot because you don't adhere to my idea of fun and I'm going to sit here smearing the shit know as my opinion all over this korean basket weaving forum."
Anonymous
Quoted By:
>>61539460
Wrong
Anonymous 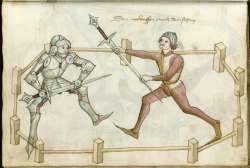 Song of Swords is a realistic fantasy tabletop RPG that draws inspiration from historical fechtbuchs, weapons and armor. Its combat system is fast and it can be used for both fantasy and historical/mundane settings.

Call of the Void is a pulpy sci-fi tabletop RPG about fighting space-nazis and hunting giant whales with harpoons made out of the moon. Its combat system is more modern, based in the early 20th century, but can probably handle combat up to the present day.

Here's a .rar archive with the newest version of the rules as well as all related current working documents. At this time the latest version is v1.9.9:
http://www.mediafire.com/download/12xqm1p2q69m392/Song_of_Swords.rar

There's also a roll20 room where new players are encouraged to try the rules, test new rules, and find game breaking issues: https://app.roll20.net/join/346755/hRKd4w
The room might be empty, but the people who teach the game still browse the thread frequently. If you're looking to learn, post here in the thread. We also play Guy Windsor's card game Audatia in the room.

Quoted By:
>Players who think video game shit like "aggro ranges" exist
>Players who shit all over NPC's and conspire against them, and then wonder why the NPC turns against them
>Players who think Rules > Narrative, but only when it benefits them
(I once had a guy cast identify on a weird spooky cthulhu artefact. I said it was definetely magical but the kind of magic was so alien to him that he couldn't glean anything else, only to get into a 5 minute argument because "DUH BOOK DAYS IT TELLS ME WHAT SCHOOL OF MAGIC IT IS")
>Players who turn up with metameme characters and bully other players into doing what they want with threats
>Players who think their fun > everybody else's fun
>Players who whinge about how unoriginal the encounter or plotpoint is, but have never ran a game and refuse to learn the rules in order to run a game
And finally, the cardinal sin
>Player's who completely ignore the DM's fun in favour of their own
My group do ALL these things
Anonymous
Quoted By:
>>60800803
Anyone that would tolerate a sociopath like you at their table is far from functional.
Anonymous
Quoted By:
>>60815311
It was going to be an obnoxious meme character, anyway. You did the right thing.
Anonymous
Quoted By:
>>60814180
t. Manlet
Anonymous 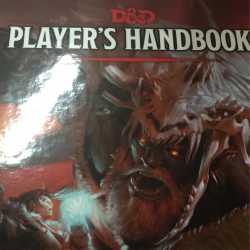 D&D hasn't gotten a good game since Hasbro acquired the license, so that's certainly not the case. ToEE was released in 2003.