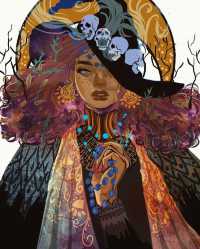 239KiB, 750x937, witch_exotic.jpg
View SameGoogleImgOpsiqdbSauceNAO
Quoted By:
Why does it annoy so many players that women in some systems/settings are superior users of magic compared to men?
217 posts and 44 images omitted
Anonymous
Quoted By:
>>71062855
OMG you reek of unfulfilled childhood aspirations mate
Anonymous
Quoted By:
>>71062855
It's not women who are freaking out here, stupid
Anonymous
View SameGoogleImgOpsiqdbSauceNAO 1547114227305.gif, 96KiB, 700x700

Quoted By:
Not native to /tg/ but seeing these kinds of threads sprout everywhere I go and develope into the same shitstorm of rage and salt brings a smile to my face.
At the end of the day, no matter where you go, people are the same.
Anonymous
Quoted By:
>>71059454
reminds me of an extremely fucked up image set i saw on sadpanda to be honest
Anonymous
Quoted By:
>>71042879
OH NONONONONONO
JANNY REVEALED HIMSELF
THAT'S A DING DONG BANNU
Anonymous

538KiB, 700x712, The_Emperor_of_mankind.jpg
View SameGoogleImgOpsiqdbSauceNAO
Quoted By:
So was the Emperor always 8ft tall, or did he just grow to suit the battles during during the techno-barbarian age? And he isn't just tall like Shaquille O'neal, he's massively built


I'd imagine a unusually huge man would stand out in whatever secretive circles he entered prior to the year 10'000.
354 posts and 36 images omitted
Anonymous
Quoted By:
>Because using the same shit over and over again in an action show is stupid and by the time he went Super Granzeboma, that shit was small fry shit.

You're just using another way to say the show is stupid because moves like Giga Drill Breaker are repeatedly used right?
Anonymous
Quoted By:
>>27511673
>>After absorbing the spiral sea. After being the super spiral dimension. Energy that wasn't theirs in a place built to do stupid shit like that.

Energy that AS STOLE from previous Spiral Races.

Spiral Nemesis occurs in the normal, or real universe. STTGL can exist in the real universe by generating it's own Super Spiral Space.
Anonymous
Quoted By:
>>27509348
>>The demonbane that destroys STTGL.

>>Don't bring your "hurr hurr simon can do anything" bullshit.
He had clear limits. He only got his power in the end through the sacrifice of lord genome.

Don't bring your "hurr hurr Demonbane can do anything" bullshit.
Kurou had clear limits. He only got his power in the end through the sacrifice of countless warriors like him.
Anonymous
Quoted By:
>>27509854

The same case for Demonbane. Replace Simon and Co. with Kurou and Co., Anti-spiral with Nyarlathotep, and outside power sources with Shining Trapezohedron.
Anonymous
Quoted By:
What is this autism
Anonymous 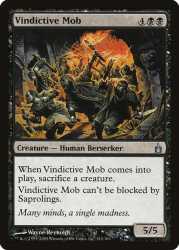 >Unofficial, but has GOAT search interface, more cards, and a deckbuilder.
http://scryfall.com

826KiB, 1200x1200, 329669 - Kraid Metroid Oniontrain Rule_63.jpg
View SameGoogleImgOpsiqdbSauceNAO
Quoted By:
Hey guys, I noticed this place was looking kinda messy lately, so I asked a few other boards if I could borrow their cleaning crew to help. /b/ was too busy with her own board, /d/ kept molesting herself with the mophandles, and /x/ kept mumbling "the only way to be clean is to destroy them all", which was really just creepy.

1MiB, 1169x546, 12.png
View SameGoogleImgOpsiqdbSauceNAO
Quoted By:
LEARN IT
STUDY IT
LIVE BY IT
YOU HERETICS

>Previous Heresy:
>>69117863
469 posts and 89 images omitted
Anonymous
Quoted By: >>69124821
>>69124438
>Subjugate the leaders obviously. Who would you listen to as the head of a planet, the vast corrupt imperium which has difficulty even realizing anything is wrong, (see genestealer cults), or the 5 tactical marines standing 8 feet tall with bolters pointed at you that showed up at your palace in the middle of the day?

What do you think would happen if a unit of SAS or Spetznaz or whatever busted into Congress and just held them hostage?

Seriously, what do you think would happen? Do you think the government would just roll over an acquiesce to all their demands, just because they held Congress hostage?

You are almost comically overestimating not only what Space Marines can do but also what they would do.

At this point, you're off the reservation. You have ALL space marines, who are somehow working together in a single group, holding a planet hostage because, why, again? Because you want to run a campaign or something where this happens? What event, in your mind, would simultaneously convince ALL SPACE MARINE CHAPTERS to like, semi-unify or whatever, and also turn the entire Imperium against them? The same Imperium that sees them as avenging angels, and dauntless protectors, who revere the Primarchs(loyal ones at least) as demigods?

Space marines don't fucking take hostages. They kill. That is their job. They kill for the Emperor. That is their sole purpose in life. Their one ambition. They don't fly around taking hostages, they don't raid shipping lanes. They are fucking goddamn space marines. Not dipshit space pirates.

It sounds like you want another setting or something at this point. You keep forcing this bizarre ALL SPACE MARINES VERSES LITERALLY EVERYONE ELSE narrative, and then you argue with us when we tell you it doesn't make any fucking sense. Because it doesn't make any fucking sense.
Anonymous
Quoted By:
>>69124722
Its a fun hypothetical m8. Yall are projecting wayyy more on this than you should. The original is just if the marines had to take on the mammoth ass imperium if/how they would do it.
Anonymous
Quoted By:
>>69121733
Ynnari was probably a Kirby idea. Just like how Stormcast releases have completely dropped off in the last 6 months, and how Slaanesh is well and truly back.
Anonymous
View SameGoogleImgOpsiqdbSauceNAO Magoss.png, 1MiB, 799x1134

I remember reading something somewhere that went along the lines of 'fleshy right arm, along with a few parts of his brain, is the last part of himself thats still original' and it was something unique to that person.

But apparently whoever designs these guys liked it so much that now every dominus and the biologis who grew them has that 'only right hand is fleshy'
Anonymous
Quoted By:
>>69123938
wouldn't work, i'd say the imperium still has enough forces to wipe out admech, although the losses incurred and being unable to get replacement gear would mean the end of the imperium.

Beyond that it would basicly be impossible for admech to expand their forces and presence fast enough to fill the gap, resulting in chaos/xenos taking over the galaxy.
Anonymous

125KiB, 1200x1200, Say cheese, onii-san!.jpg
View SameGoogleImgOpsiqdbSauceNAO
Quoted By:
We Are Many Edition
>bundles of fun
>packages of ecstasy
>why won't you love us
>You cannot escape, anon-kun.

>Go to http://www.f-list.net
>Create a username.
>Create a character profile on that username.
>Click chat -> chat now and enter the chat (Experimental chat slightly advised). You'll be on the frontpage.
>Click "channels" on the bar up the top and click "private rooms" and navigate down to /tg/ chat.

Lewd images will get you banned for a day or 3. No, seriously, it will.
41 posts and 10 images omitted
Anonymous
Quoted By:
>>33047758
Use rope.
Use magical(mechanical) device.
Various Perform checks.
Acrobatics.
Fort / Will saves.
Anonymous
Quoted By: >>33048580,1
There is very little about these threads which resembles 'traditional games'. 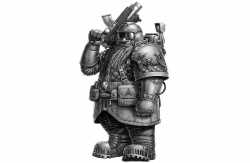 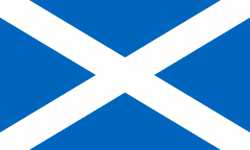 Quoted By:
>>68307658
Anonymous
Quoted By:
>>68305341
>What's the best fantasy justification for giving orcs big bouncing booties?
The shortest supply chain is the one around your hips. Orcs go on long raids and don't have the sophisticated supply chains like human armies do, so their butts are like camel humps - a dedicated spot to store energy for hard times.
>obvious dick jokes go here
Anonymous
Quoted By:
Lol, according to the ban page I got a ban for this approximately 10 hours after the thread got deleted. Also the other copycat, but not the original shitposting thread that got deleted after it already hit auto-sage.
What are they even doing?
Anonymous 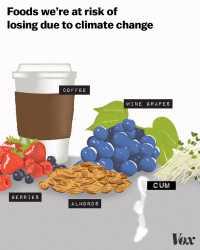 765KiB, 768x960, 1567567549714.png
View SameGoogleImgOpsiqdbSauceNAO
Quoted By: >>68182245,1
uh sweatie i hope you don't have WINE or COFFEE in your games set in the future because, like, climate change will cancel them harder than I cancelled anyone who criticises our khaleesi Greta

wake up sheeple the amazon is, like, ON FIRE

posted from my iPhone
37 posts and 5 images omitted
Anonymous
Quoted By: >>68182245
>>68182146
Al Gore has enough money he can afford to buy a beach house and enjoy it until it goes underwater then buy a new one at the new water line. Al Gore being an obnxious hypocrite doesn't mean we aren't fucking up the environment.
Anonymous
Quoted By:
>>68182188
>Arguably more so.
Not even arguable, communism wreaks havoc on the local envoirment.

Only prosperous people even CARE about the envoirment.
Anonymous
Quoted By:
>>68180255
This made me laugh out so hard my brain hurts.
Anonymous
Quoted By:
>>68182199
>doesn't mean we aren't fucking up the environment.
It's mostly the indians and chinese.
Hexer !NHpYSS45yU
Quoted By:
>>68180208
I've never nor do I intend to run a future Earth setting where that'd appply because all of those I know are either
-Millions of years in the future
-Have Earth as a side note
-Are deliberately dystopic far in excess of what even the worst climate change predictions are proposing
-Are Shadowrun

I DO intend to run a homebrew setting using either Fragged Empire or Mindjammer at some point where Earth got beaten into the dust pretty soundly but Got Better(TM) on account of orbital hab technology & terraforming techniques returning it to something livable, though the geography DID get shifted around quite a bit, as did how it looks climate-wise since several of the deserts got greened as a way to minimize extreme weather patterns (less heating up of winds, higher retention of water, etc) and capture carbon.
×