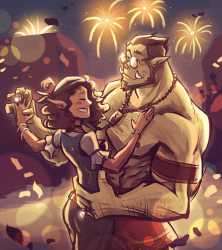 >>>IF YOU ARE ASKING A QUESTION, PLEASE SPECIFY WHICH GAME YOU'RE PLAYING<<<

Harvest Festival Romancing Edition
>Has your adventurer ever fallen in love?

Previous Thread: >>80141280
329 posts and 37 images omitted
Anonymous
Quoted By: >>80255619
>>80255251
I don't want to be either type of mentally ill though.
Anonymous
Quoted By:
>>80255329
>for fixing them I recommend increasing the damage die by just one size and calling it a day.
I'd say also take a good look at double-barreled Pistol (that thing is basically free Vital Strike), Buckler Gun (this one is just plain weird, always considered an off-handed weapon, but off hand weapons exist only when two-weapon fighting) Fire lance (worse than just chucking the fucking javelin), Double hackbut, and then deciding how those combined melee weapons actually work.
Anonymous
Quoted By:
>>80255355
It's too late, you have to choose.
Anonymous
Quoted By:
>>80255251
>Alt-right Nazis
When you say alt-right, the two main groups that have openly claimed that title would be those under the umbrella of either Milo, who made a grifting career out of being freakishly gay, and Richard Spencer, who has called homosexuality a "uniquely European" thing. Literally everyone is fucking gay, even the alt-right nazis. Even the actual nazis, the brownshirts in Germany had overtly gay members.

Then I hear shit like how Paizo is "actually friendly" instead of pandering like WotC does, and I still have yet to have anyone explain what that means, and for the life of me I can't parse it out, because I have never in my life seen a corporation that was not gay-friendly.
Anonymous
Quoted By:
Got a GM friend who usually runs 1st Edition, and is wanting to run some one offs for 2nd Edition and was asking for some resources. Other then AoN and PRD what are some good things for an tabletop veteran who's fresh to the system to look at?
Anonymous 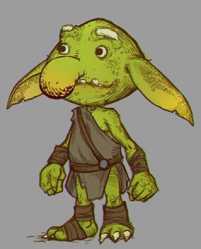 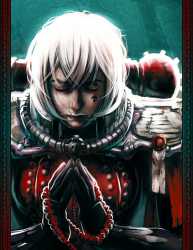 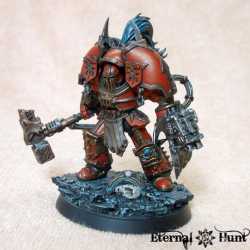 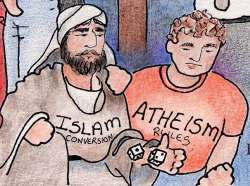 wrap your head around that shit
Anonymous
Quoted By:
>>47279092
Not before you.
Anonymous 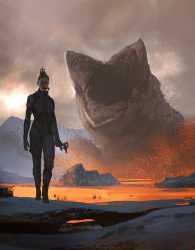 68KiB, 705x900, 630d093a05cf6a1e3dbc0b50a688d0b4.jpg
View SameGoogleImgOpsiqdbSauceNAO
Quoted By:
We've seen space opera settings with aesthetic and thematic basis in Christianity (e.g. Fading Suns, Imperium, Endymion) and Islam (e.g. Dune, Coriolis, Homeworld). How'd a space opera setting based on Judaism look?
94 posts and 12 images omitted
Anonymous
Quoted By:
>>76977423
The real sorce of neuroses among American jews is their racial memory of cossacks raping some khazar milkies.
Anonymous
Quoted By:
>>76977423
Except in a real Jewish folktale the vampires would be a metaphor for the danger of disobeying your parents or being sloppy in your studies or having sexual thoughts or something along those lines
Anonymous
Quoted By:
>>76978500
>classical Judaism. They looked forward to a conquering messiah to deliver them. Have it directly reference a person, their rise to power and how they subjugated the entire universe beneath their feet.
once you realize this, the whole Jesus think become much more hilarious.
Anonymous
Quoted By:
>>76976189
Virtually nothing about Homeworld's story is thematically related to the Hegira, though. Yeah, the people are called "Hiigarans" and their planet is named "Hiigara" and that's very clever and all but a naming scheme=/=actual thematic parrelals or inspiration. The Hiigarans' journey back to their homeland from the planet they were exiled to by the empire has everything to do with the Jewish diaspora myth and nothing with Muhammad moving to Medina because he got butthurt that sandniggers were knifing each other in the streets.
Anonymous
Quoted By:
>>76979831
Way I see it, it's going to be one of two: either it'll be about a community (Jewish or allegorical) surviving against outsiders out to get it, in which case it'll be about the values of family, community and tradition, or it'll be the opposite route and be about homeless travelers having to survive on the road by their wits and good nature, in which case it'll be about the values of hope, self-reliance and intelligence.

In either case, it wouldn't be a Jewish setting insomuch as it'll be stories set in a larger setting which are about Jews or the kinds of people Jews appreciate in their folklore. Anthropologically speaking it's very interesting to read the stories of a culture that (comparatively speaking, of course) has so little reverence for the kind of warriors and monster-slayers most do. Heroes of Jewish folktales are usually either exceedingly virtuous scholars or happy-go-lucky tricksters.
Anonymous

2MiB, 2560x1440, 1485788081033.jpg
View SameGoogleImgOpsiqdbSauceNAO
Quoted By: >>52235815
What's the best game for a modern fantasy investigation into the occult type thing? Want to stay far away from CoC, would like for there to be some magic involved with the potential for fun combat.

There is some but it's mostly girl/girl stuff.
Anonymous
Quoted By:
>>52228913
youre looking for unkown armies.

Conquering the Imperium is not the goal of every Black Crusade you faggot. 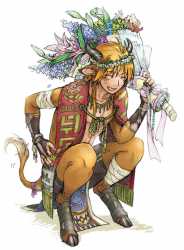