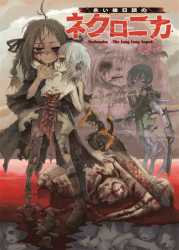 64KiB, 474x662, 1619265273093.jpg
View SameGoogleImgOpsiqdbSauceNAO
Quoted By:
I just came here to say fuck the black lives matter movement and fuck everything they represent.
>m-muh you shouldnt get killed for resisting
Stfu you pasty ugly brown nigger you absolutely deserve to die you fucking animals.
Fuck george floyd
Fuck niggers
Fuck white liberal cucks
And fuck kikes
Anonymous
Quoted By: >>84856515,1
Based, but off topic.
Anonymous
Quoted By:
>>84856515
Based on /pol/tards being retarded
Anonymous 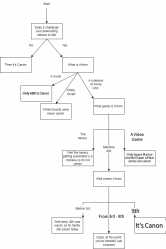 >Lore of the Votann – Ancient Quasi-divine Machine Intellects Make for Decent Gunsmiths, it Turns Out
https://www.warhammer-community.com/2022/05/20/lore-of-the-votann-ancient-quasi-divine-machine-intellects-make-for-decent-gunsmiths-it-turns-out/

>Previous Thread:
>>84718479
>Thread Question:
Make a new tabletop faction with new lore not based on anything previously existing in 40k.
528 posts and 146 images omitted
Anonymous
Quoted By:
>>84726575
So basically the color scheme of the G1 Constructicons.
Anonymous
Quoted By:
>>84726818
Nids on top for once in their existence and people losing their minds after they already got nerfed.
Anonymous
Quoted By: >>84728950
>>84727783
No, our earliest for Christianity date earlier. 30s AD for events mentioned, 50s at least for some books, etc. Mithraism is a fringe and secretive religion we have very little knowledge about. To the point where the vast majority of “information” is completely a modern day fabrication or confusing it for another religion, not anything stealing from them. The vast majority speaking nonsense about Mithraism happen to be irrational and politically motivated, idiots really.
Anonymous
Quoted By: >>84728950,1
>>84728729
Nothing from christianity is from 30AD and no book let alone books from 50AD, you have a few fragments from around 50AD most comes much later
Anonymous
Quoted By:
>>84728950
The first book written was probably 1 Thessalonians, written around 50 CE.
Anonymous 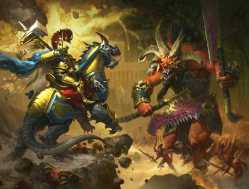 >AoS Battletomes
What are you looking for?

>Thread question:
Post models
429 posts and 81 images omitted
Anonymous
Quoted By:
>>84723365
100%, people fixate on shooting's value as damage delivery but there should be more warscrolls that apply effects that could help benefit melee, or debuff the unit in some way. The game would be much healthier if that was the case as double turning or double tapping shooting wouldn't be nearly as effective as it is right now but it would still have a role in lists.

Making shooting work with death should be different than how it works with other armies, our tomes are usually written with strong faction abilities and shitty warscrolls, so if we ever do have an effective unit it should play off that rather than locking allies like OBR does. I didn't play whfb so I have no idea how they handled Tomb King's shooting units, but hoping they have a clear design goal if/when mortek archers make it in, or when they do another pass on the catapult rather than whatever the fuck happened to craven throne.
Anonymous
Quoted By:
>>84723452
New tome soon and all, but right now...
>Arch Rev to rr 1's to hit
>Arch Rev's CA for +1 Melee Attack
>Gnarlroot Wizard to rr 1's to hit
>Alarille's CA for rr 1's to wound
>Heartwood Artefact for rr all hits
>Winterleaf for exploding 6's
Anonymous
View SameGoogleImgOpsiqdbSauceNAO Settra_Rules.jpg, 371KiB, 1000x1283

Quoted By:
>>84709569
Soon
Anonymous
Quoted By:
Does anyone have a scan of Idoneth 3e?
Anonymous
View SameGoogleImgOpsiqdbSauceNAO unimpressed.png, 59KiB, 187x164

4MiB, 2400x1350, 5q7i6juai0291.png
View SameGoogleImgOpsiqdbSauceNAO
Quoted By:
Is anyone else sick and tired of all the DnD related garbage that's cropped up to appeal to "gamers" that have inundated the hobby?

Im fucking sick and tired of
>Noun+Noun
product or service that offers mediocre bullshit that people eat up for no reason other than their audience being so painfully casual that they are considered the mobile gamers of this hobby. Either that, or it's attempting to shamelessly capitalize on thinking for you, or offering a service which is essentially just notepad. Or worse yet, all the fucking settings that are being marketed on Patreon, or are the sponsors of anything remotely fantasy related.

All people in DnD related stuff seem to care about is all the flash and no substance. Everything is anime as fuck, trite, vapid, nonsense that exists to please the mouth breathers that have joined this hobby because it's trendy.

I hate to sound like an old grognard, but damn it all, I'm tired of DnD, and by proxy, TTRPG's as a whole, being soulessly mined out for revenue and nothing else. I'm tired of all, the various topes being slammed together with no substance, just a humble of evocative words like
>Champions: Abyssal Knights of the Spire Realms
and its just a bunch of generic bullshit with no thought put into it.

God, and the worst part is, because of how all of fantasy's concepts are being raped, pillaged, and appropriated, it's virtually impossible to find players that don't have heaps of preconceptions that you have to wade through like a sea of septic biases. Trying to be creative and run games in this environment feels impossible for someone that wants to run a serious game or try and have an "original" idea. I feel so damn jaded about a hobby I've spent 18 years enjoying because so many people that engage with it now are so fucking shallow, an adventuring party couldn't fill a fucking spoon.
Anonymous
Quoted By:
>I hate to sound like an old grognard
You don't. You sound like a retarded 12 year old posting shit he thinks a old grognard would say.
Anonymous 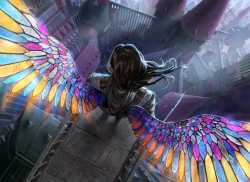 >OFFICIAL Commander website, where you can learn the rules, see the current banlist, and read the format philosophy, laid down by the rules committee:
https://mtgcommander.net/

>Proxy a deck or a cube for cheap
https://pastebin.com/9Xj1xLdM

>how to proxy using any printer
https://mtgprint.cardtrader.com/

i recently bought a copy and slid it into the 99 of slimefoot without telling anyone. It's going to be worth it when i play him to see people's reactions, but i still feel as if I've betrayed myself.
Anonymous

A) [email protected]
B) "Tired Knight" on Steam

Don't forget to check the other Tower girl threads on other boards;

Previous Thread:
>>84138629
314 posts and 110 images omitted
Anonymous
Quoted By: >>84676860
>>84365265
>nobody really cared about this one back then and I don't now
You're a real master of the soft sell. It's a fine chart. Could stand some more polish but interesting both for being comparatively combat focused and as a piece of history from the days before Adcake settled on his current style. Every character being visually distinct barring the mage and arcane lady is pretty impressive with this many humans.
Anonymous
Quoted By:
>>84676838
>I don't now
Anon, highlight, then click the reply, typing it like that makes me sound like an asshole, lmao.
Anonymous
Quoted By:
New Thread comin soon
Anonymous
View SameGoogleImgOpsiqdbSauceNAO Fusion Knight Chicken Princess.png, 6KiB, 434x461

The kingdom description sounds pretty nice for what I imagined she had. Waffles are nice, but the eggs look like they would be part of green eggs and ham. +10 weather is strange, but I looked ahead and it seems that there will be more weather related things later on. Semher looks different, I like his V3 look better since the wheels fit travel better than the weird chicken looking thing.

The wording for her pros and cons is different. I like the previous wording better, but the main essence remains and it looks like it was mostly changed due to limited space.

I do not remember off the top of my head who has the Four Winds Kingdom, can anyone remind me?

Thunderstruck weathervane, I assume this is the main reason for weather showing up on the chart multiple times. Seems like a loose connection, but I think it turned out pretty well and adds to the overall lore.

Rooster has a good design, its good to distinguish them from the chickens. Lore seems like it would be nice to meet them in a dnd setting.

Complete Breakfast is probably delicious but I am not sure I would want to eat the eggs. The last line is funny.

I suppose not everyone in the kingdom can be consumed by wanderlust. The Hen Mother is nice to show what happens after they settle down. I want to see a Chicken Queen now. The chicken breasts are nice.

King's Crown has nice lore. I assume the lore might be tied to the Four Winds kingdom? Either way I would like to know more.

Weather Knight has really good art. Seems dubious, not sure I trust him for some reason. Hopefully he just wants to keep the princess safe.

The Fox is a nice bit of extra lore. Civilized monster type. I bet he would get along with the Human Queen.

Moss Folk seem like they need some more lore. I request a Moss Princess. What sort of odd tasks do they ask for? What mythical creature are they based on? 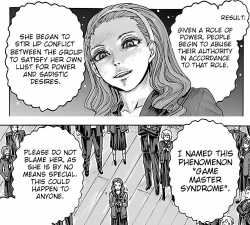 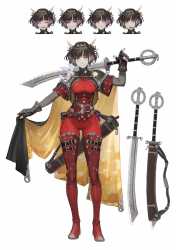 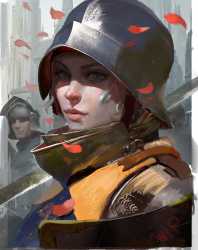 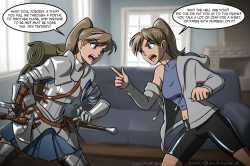