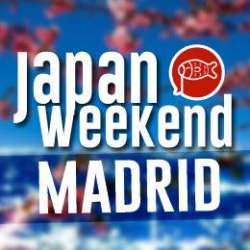 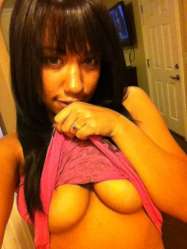 Was a dancer on youtube ages ago via http://www.youtube.com/user/m0m0ko/videos

While in LA, she apparently has it good and gets a apartment but all of the sudden she's meeting different guys at different houses, sleeping over alot it seems and having different boyfriends. Complains about not being able to make it home to Arizona while having a break but who knows what happened.

While all this crap happens, all mixed messages are being typed on her tumblr, she is with a guy named Jacob, with another guy, got another dog (cutie named Mimzy), loses that dog, goes to jail to what I assume was for drugs, gets out and gets dog back, and always complains about bills and even begged for money via paypal I guess. 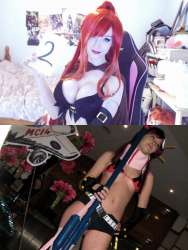 143KiB, 768x1016, kellyjean.jpg
View SameGoogleImgOpsiqdbSauceNAO
Quoted By:
Here's the deal. I'm a not-exciting 34C. 32D for a couple of oddball brands and fits. Most cool characters who aren't kids are pretty stacked up top, way more than me. The standard wonder bra isn't giving me enough.

Pic related. Results I want vs same girl with no support. I've a very similar body type to Kelly Jean. She says she's not had surgery so unlike the usual busty cosplayers like Yaya and Nigri, she must be padding but stills gets the implants look. How is best to pad like this? I want the big anime style perfectly round implant-like boobs. I can't afford to just buy them.
234 posts and 34 images omitted
Anonymous
Quoted By:
>>8611582
Put a big mirror behind you. Jesus fucking christ do I have to think of EVERYTHING?
Anonymous
Quoted By:
>>8616273
>somehow magically look flat
I feel your pain. It's fun seeing the bewilderment when I tell people I'm 28DD. But that's normal.
A sister size of yours is 34B. Cup size is proportional to band size.
There's an image we used to post in bra treads that shows girls with our range of sizes, but with janitor-san watching the thread and the nipples in the image, I can't post it
Anonymous
Quoted By:
>>8623773
OP said >>8603719 they want it for cosplay accuracy
Anonymous
Quoted By:
>>8604167
>You can't add that much skin if it doesn't look like you have it to begin with.
Unless you have a connective tissue birth defect, pretty much this. It's obvious she doesn't have one though because of how non-translucent her skin looks.
Anonymous
Quoted By:
>>8604159

Quoted By:
>>8196469
Anonymous
Quoted By: >>8196611
>>8196453
yeah, they aren't, but if you don't spell things out how are you going to sabotage someone's chances for future work? google needs words to relate together and the more you put "lauren pihl" and "scam" together the more it'll show up. more specifically you need to make the things that show that more popular so they show up ahead of her other results
Anonymous
Quoted By:
>>8196597
although i suspect she plans to change her name soon, so all these might be moot. She always said she hated her name

not sure why she chose Aoife for her business. it's such a common name nobody can ever google her.
Anonymous
Quoted By:
Went to high school with Lauren. She was 2 years ahead of me. She was a compulsive liar and greedy girl then, and she still is 7 years later. smh.
Jackie Snowey
Quoted By:
lauren pihl changed her name to Aoife haney

1MiB, 1920x1080, britfag.jpg
View SameGoogleImgOpsiqdbSauceNAO
Quoted By:
EGX at the end of the month.
MCM London next month.

Quoted By: >>8639504
>>8639425
>Jasmine and Sultan
>$2,500 per month
Anonymous
Quoted By: >>8639518
>>8639449
Just like the creative edge they are either being very greedy and deluded or just stupid and don't realise that it's not like kickstarter stretch goals.
I think artists and content creators should use Patreon and things like that for support but should start off and be realistic.
Anonymous
Quoted By:
>>8639504
There are some nerds with no concept of money/monthly payments.
Anonymous
Quoted By: >>8639679
>>8639425
On the one hand it's good she finally twigged she could be getting some of this money herself instead of letting Creative Edge leech off of her.
On the other hand this is so misguided and totally not how Patreon works. You don't try batting for $2500+ right out the gate. That's basically asking for a full-time monthly salary when what you're delivering is a one-time thing. This is written like it's a Kickstarter. If that's the sort of money she's hoping to get in every month the only way she'll get there is if she puts in a monthly nude shoot. That's literally premium porn site money.

Good on her for trying to cash in for herself for once, total shame for not understanding crowdfunding and having such delusional goals.
Anonymous
Quoted By:
>>8639425
>>8639524
My thoughts exactly.

I'm all for Patreon, if people want to give and support someone then go for it. But they're approaching the format in totally the wrong way. Did they not look at successful artists who offer things like WIP sketches, PSD files, brushes, tutorials, etc? (Don't know any successfully funded cosplayers/costume designers and makers)

Also $2500 as the smallest milestone is disgusting, even if you convert that into pounds. The costumes she makes with the money are the basic, not the milestone. The milestones should be about giving back to the donors.

Seriously how dumb can you be to market yourself that badly? Just look at how patronage has worked throughout the ages. YOU SERVE YOUR DONOR THEY DO NOT SERVE YOU. Doing what you want is a privilege that having patrons allows you, but they should come first and foremost. There is literally nothing offered to the patrons in that fundraiser. It says in a small corner of the description that they run courses each month - BANK IN ON THAT YOU IDIOTS. Film them, lock them, make them patron exclusive. Even if stuff gets leaked, people actually do still support artists they love out of principle.

Seriously people learn basic fucking business tactics this makes me angry. If they succeed regardless then good for them, but I swear that a little extra sense thrown in would make a world of a difference.
Anonymous 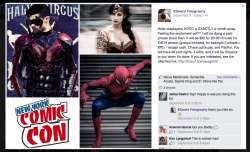 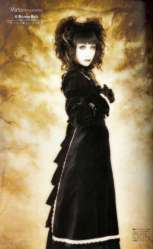 so, anyone here ever buy a MmM coat new? their price tag is whack and i wonder who buys them.
Anonymous
Quoted By:
>>8616755

Not yet, but I don't find the prices to be super extraordinary - I mean, compared to the price/design and material ratio of selected dresses JetJ sells, those coats are practically bargains.

I have a second-hand MmM coat and really like the material, the cut, and the workmanship, so I'd totally buy a new one *looking at the bat collar coat that's currently in the shop*
Anonymous
Quoted By:
>>8609515
mana plz send me your tiny unused clothes
>>8609580
what i had no idea these existed thanks anon
Anonymous 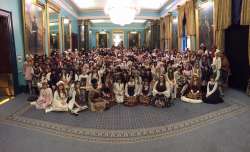 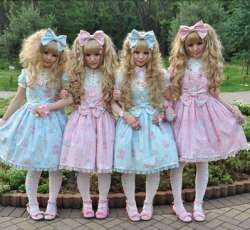