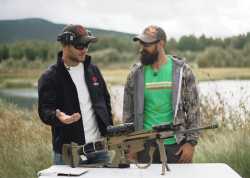 193KiB, 700x500, vigilanceelite_scar17.jpg
View SameGoogleImgOpsiqdbSauceNAO
Quoted By:
>muh reciprocating charging handle
148 posts and 22 images omitted
Anonymous
Quoted By:
>>47764486
I kind of think this might be another Seal thing. Chris Kyle is not the only Seal to go on record as not trusting SR25s during the Fallujah era, but during the same time period you had CAG having such confidence in the reliability of the design that they were comfortable sawing the barrels down to 14" with a hacksaw (SR25K) with zero concern as to how that would affect cycling.
Anonymous
Quoted By:
>>47750415

kek
Anonymous
Quoted By: >>47791106
>>47761240
This is total fuddlore. SOCOMD was given an M4 TDP of their own so they could get modifications to it they wanted that Army had blocked that went a long way to fixing the reliability and durability problems that had been the reason for the SCAR program. The M4 became "good enough", the SCAR never failed to live up to expectations.
Anonymous
Quoted By:
>>47789028
How would an army decision change what weapons the seals could use. They're two completely different branches with two completely different commands
Anonymous
Quoted By:
>>47776559
No, they're purposefully engineered to filter poorfags
Anonymous 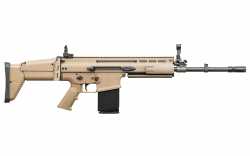 Trannies lmao
Anonymous
Quoted By:
>>47734294
This is rather wrong. They’re not as reliable as this anon advertises with many complaints dismissed rather than addressed.
Anonymous

>In his essay, Ratcliffe said Chinese authorities had “conducted human testing” on members of the Chinese army “in hopes of developing soldiers with biologically enhanced capabilities.”

>U.S.-based think tanks have reported that China is giving increasing importance to biotechnology in its military strategy but they have not released detailed reports about the kind of testing alleged by Ratcliffe.
83 posts and 22 images omitted
Anonymous
Quoted By:
>>47520932
Someone who’s 6’5 and benching 400 is a fucking monster
Anonymous
Quoted By:
>>47520627
Biological is not necessarily more sustainable in terms of costs. Its cheap to give burned out soldiers pensions. Its expensive to maintain a body which may reject itself partially if you're going for broke like the chinks probably are instead of selective gene editing over generations of supersoldier.
Anonymous
Quoted By:
>>47523088
Nobody trusts the Chinese retard. They lie constantly to protect their self image and unlike western countries they don't show humility. The difference between western lies and chinese lies is that the west only lies about its politicians being honest and its news being fair while China fucking lies about pollution numbers and educational achievements when the reality is most of their technology is stolen or reverse engineered due to western countries willingly or unwillingly handing over this tech to make some money in China.
Anonymous
Quoted By:
>>47526293
>They declared him a national hero
I'm sure he's super happy about that after being killed
Anonymous
Quoted By:
>>47526677
Bruh, nobody said robots. Only a dumbass would think tanks, drones, planes and electronic spotters don't shit all over humans. Need a human to pilot but improving the human isn't as effective as better technology.
Anonymous 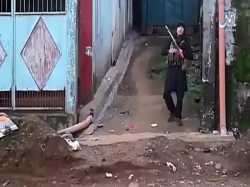 >>47469299
there is always one fudd who thinks they can take on someone who already has a gun out and ready.
Anonymous
Quoted By:
>>47469299
>dont defend yourself its dangerous
Leave your gun at home if you arent willing to use it.
Anonymous
View SameGoogleImgOpsiqdbSauceNAO GMPS Stage 1 11820.webm, 3MiB, 854x480 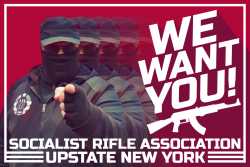 663KiB, 1039x696, b96844nt8k161.png
View SameGoogleImgOpsiqdbSauceNAO
Quoted By:
It's better for the 2A to have more people using and enjoying it.
189 posts and 30 images omitted
Anonymous
Quoted By:
>>47452146
Specify which items you fucking mongoloid. Is your car going to get nationalized? Your coffee maker? Will your fridge become the People's Glorious Kenmore to keep everyone's drinks cold?
Anonymous
Quoted By:
>>47452135
Well, you can subsidize farms or you can have really expensive food.
Anonymous
Quoted By:
>>47452135
Because modern farming is expensive due to shit like a monopoly on seed coming from big companies that genetically engineer shit and will sue a farmer out of existence if they break a contract by reusing shit season to season, not being able to maintain their own equipment, fucked water rights, etc.
Anonymous
View SameGoogleImgOpsiqdbSauceNAO 1558911333857.jpg, 149KiB, 563x720 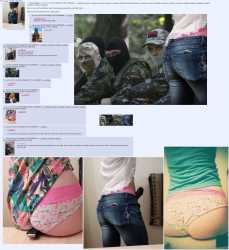 383KiB, 2052x2235, whathappened.jpg
View SameGoogleImgOpsiqdbSauceNAO
Quoted By: >>47271108
What happened /k/? Are there no traps threads anymore, got sick of dressing up ?
21 posts and 7 images omitted
Anonymous
Quoted By: >>47271108,1
>>47271016
>fuck i hate trannies who do this 'trap' shit.
Trannies who "trap" or call themselves that is recent phenomena. for a very long time it was just dudes with a feminine build crossdressing. Bailey Jay was the original trap but that was a decade before becoming transgender was "normalized" or mainstream and garnered significant attention online
Anonymous
Quoted By:
>>47271056
Would smash
Anonymous
Quoted By: >>47271108,1
>>47270860
How common are trans there? I'm probably going to be moving there for grad school next year and I'm curious.
Anonymous
View SameGoogleImgOpsiqdbSauceNAO 1602457224794.png, 192KiB, 914x868

Quoted By:
>>47270780
Anonymous
Quoted By:
>>47271051
I am very spiritual and one even might call me religious. Hell, i say grace before i eat any meat and would most likely go to church if there wasn't covid and not some bullshit UU "church".

>>47271056
maybe so but like i am hyper paranoid about doxing and i am at the point where i don't need validation of other's to affirm that i can pass, my femininity or gender. At least if we meet up irl i can at least sort of control some aspects of the interactions.

>>47271073
I am not a trap. I just want to be a normal woman. Outside of guns i am pretty fucking womanly. I don't play video games, watch anime or any shit i find trannies on the internet do.

>>47271096
I would say maybe 1 out of 200 people are trans here. In the city of seattle it is something like 7% of the city is LGBT so like you find a lot of trannies here and you will see some at fred meyer or something but not like wildly common.
Anonymous

1MiB, 720x1473, NOOR.png
View SameGoogleImgOpsiqdbSauceNAO
Quoted By:
Thats it you man faced twit i'm callin you out and your fake operator LARP comin here and saying yer guns are better than ours BULLSHIT
109 posts and 30 images omitted
Anonymous
Quoted By:
>>47259081
This would be so much better if it was just 3 panels
Anonymous
Quoted By:
>>47259450
Maybe you should value your gun rights over your sexual fetish.
Anonymous
View SameGoogleImgOpsiqdbSauceNAO 1605194864250.jpg, 205KiB, 837x1572

Quoted By:
>>47259174
Beauty triggers you because you are disgusting.
Anonymous
View SameGoogleImgOpsiqdbSauceNAO KYS_tranny~3.png, 948KiB, 670x1024

Quoted By:
>>47259621
Why are you fucks so disingenuous?
Anonymous
Quoted By:
I know the thread got nuked but in case any of you come to the archive 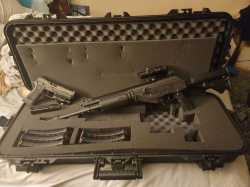 Quoted By:
>>47100099
>vortex on a scar
Memeing aside, how do you like the optic
Anonymous
Quoted By:
Advice needed
In my state I can not buy a semi automatic rifle or handgun because of my age.
I am looking for a cheap bolt action rifle with over 6 rounds capacity.
Also I am left handed so that complicates things.
Anonymous
Quoted By:
Why this thread got delet? Fuck you mods fuck you jannies fuck you niggers kikes and commies. Oh yeah fuck trannies too.
Anonymous 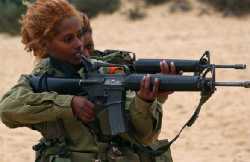 South African light armor annihilates heavy armored forces of FAPLA by not fucking up; being professionals.

"the Angolan 47 Brigade, which would be the defending force on 3 October, was somewhat stronger than the others in that it had, according to a Soviet source, a tactical group of 22 tanks (T-54s and/or T-55s).14 (In fact, after the battle, when the South African troops tried to reconstruct it among themselves, they actually counted 28 tanks in the Angolan force.15 This may, of course, be an exaggeration as some tanks may have been counted more than once.) To begin with, 47 Brigade and its Tactical Group was about 1 400 men strong.16 However, during September, the South African bombardments, UNITA action and natural causes – disease, desertion and the like – whittled the number steadily down. By 22 September, according to a SADF document (presumably based on the SADF intercepts of FAPLA radio communications17), the brigade had lost 270 dead and 200 wounded. In addition, it had lost two of its tanks."
10 posts and 4 images omitted
Anonymous
Quoted By:
The final statistics of enemy equipment lost was sent to SADF and Army HQ a few days afterwards:54• 3 x T-55 tanks destroyed;• 18 x T-54 (four recovered, the others destroyed or rendered unserviceable);• 2 x tank recovery vehicles;• 26 x BTR-60 armoured personnel carriers;• 4 x SA 8 anti-aircraft missile systems (one recovered, three destroyed);• 2 x Surface to air missile carriers (one recovered, one destroyed);• 1 x Flat Face radar (recovered);• 3 x BMP-1infantry fighting vehicles (two recovered, one destroyed);• 6 x ZSU-23 anti-aircraft guns (four recovered, two destroyed);• 3 x D-30 artillery pieces (122 mm);• 83 x logistical vehicles (45 recovered, 35 destroyed).On 14 October, Igor Zhdarkin, a Soviet advisor with the FAPLA forces, jotted down fairly similar statistics in his diary, given to him by Soviet advisors with 47 Brigade: 18 tanks, 20 armoured troop carriers, four D-30 122 mm guns, three BM-21 rocket launchers, four Osa-AK anti-aircraft mobile rocket launchers, two Osa-AK transport cars, one P-19 radar station, and various other vehicles.55According to the Soviet commander-in-chief in Angola, General Pyotr Gusev, only, “several tanks, infantry combat vehicles and five anti-aircraft missile systems” survived.56
Anonymous
Quoted By:
When the shooting started, both forces had probably approximately 1 000 men on the battlefield. But this is misleading, as the real fighting at close quarters was done mainly by the less than 100 men in Charlie Squadron’s three troops and Bravo Company’s antitank platoon. In addition, 47 Brigade had in excess of 22 T-54/55 tanks and a similar number of other armoured vehicles. On the other side, the South Africans had a total of 20 Ratel-90 armoured cars. Of these, 12 started the battle, while another eight joined in the fight towards the end.Compared to the T-54/55 tanks, the Ratels were hopelessly outclassed. They were armed with an unstabilised, low-velocity 90 mm gun and protected by thin armour, designed to keep out small-arms fire only. The FAPLA tanks had thick armour and stabilised 100 mm guns. The Ratels’ superior mobility was nullified by the somewhat difficult terrain and, especially, the slow pace of the SADF’s advance.The South Africans did have superior artillery, which played an important role at decisive stages of the battle. But even when taking that into account, looking at the numbers only, it seems astounding that they could win. Moreover, they did not simply win; they completely knocked the stuffing out of 47 Brigade. However one wants to look at it, this was one of the most complete tactical victories in military history.67Ibid., pp. 240, 248.
Anonymous
Quoted By:
It must have been insane to be part of those 100 guys out of 1000 to do the majority of the initial fighting. You like to think that you and your 999 buddies are gonna be fighting side by side, but circumstances decided that nah, you're gonna fight with about a tenth of the strength of your force, against pretty much the entire enemy force. Those 90mm guns must have gotten so fucking hot from firing constantly.
Anonymous
Quoted By:
>>47029613
you didn't even post the video OP
https://www.youtube.com/watch?v=0JnHOS8SIPE
Anonymous
Quoted By:
They still lost.
×