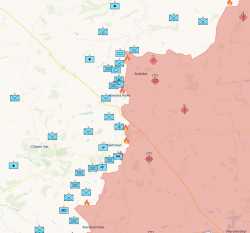 this webm shows Ukrainians i think they had 8 years to prepare building trenches. 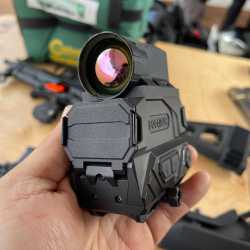 162KiB, 1024x1024, 5E82D7FA-9599-47C0-AA5B-0687C740BE9E.jpg
View SameGoogleImgOpsiqdbSauceNAO
Quoted By: >>56814183
https://www.offgridweb.com/gear/new-holosun-dms-red-dot-thermal-hybrid-optic/amp/
130 posts and 13 images omitted
Anonymous
Quoted By:
>>56810220
Curious as my civilian thermal rifle scope is 60hz (fps)
You're full of shit
Anonymous
Quoted By: >>56814225
>>56792376
Very cool, but can we get some Chinese copy pasta compilations going
>and thus, with this single act: history has…
Etc. etc.
I didn’t save the flood earlier this year, nor the trickle from years prior.
They seem to be an endangered species atm.
Anonymous
Quoted By: >>56814318 >>56814383
>>56814183
Is it just me or am I the only one that thinks that it'll be sort of decent but forgotten.
Anonymous
Quoted By:
>>56814225
Just like the Steiner CQT or SIG Echo thermal stuff. It's just not going to have it's market share. Thermals are primarily used by civilians as hunting optics and they prefer larger diameter objective lens and various magnification ranges to make long range shot for hogs, wolves, coyotes and other animal pest or predators. This 1x with a red dot is aimed at operators/door kickers and these guys will have mil/leo connection, and so the only demographics left are those that larp as an operator and these larpers aren't gonna spend that much on a device that they'll never realistically use.
Anonymous
Quoted By:
>>56814225
There is kinda one glaring problem with these "reflex thermals": they project light right back at the users face for them to work.
With a normal thermal weapon sight theres usually a rubber eye piece that shrouds most of the light spill and usually they have a sleep mode that you would activate while walking around. So hypothetically if you were using this for serious shit and your opponent is using nods hes going to see your glowing thermal reflex projecting visible light all over the place like a flashlight.
Other than that they are pretty cool and would give you a massive advantage during an indoor firefight where smoke is present.
Anonymous 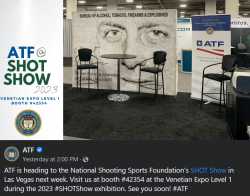 674KiB, 812x638, 5dbc83685e49011eade5a39abeb065b4.png
View SameGoogleImgOpsiqdbSauceNAO
Quoted By:
Will you be bullying the ATF booth at shot show?
47 posts and 8 images omitted
Anonymous
Quoted By:
>>56770356
Is this just stuff that's happened after the Vegas shooting? If so, I can understand why the hotels would all be extra cautious now
Anonymous
Quoted By:
>>56773709
The sad part is most of the eforms are pushing into the territory of taking longer than paper forms.
Anonymous
View SameGoogleImgOpsiqdbSauceNAO ATF - Your Pals.jpg, 289KiB, 1280x446

homeless anons, this is your moment
Anonymous
Quoted By:
m89
Anonymous 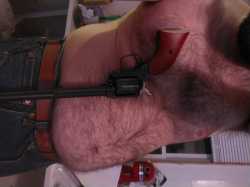 Quoted By: >>56649627
>>56649595
I genuinely don't get that shit.
How do you even stay hard while penetrating a man? Just the sight of a man's ass disgusts me, yet someone capable of not only staying hard through it but fucking one is supposedly not gay?
What the fuck do third worlders even think "gay" means?
Anonymous
Quoted By:
>>56649595
So being aroused to ejaculation by a man's shit tunnel isn't gay?

But receiving internal bleeding is gay?
Anonymous
Quoted By:
>>56649603
Third worlders have a weird perception of what gay is. Consensual faggotry is a big no, but apparently raping others to put them into their place or molesting boys is somehow not gay. Africa/middle east has a culture of molesting young boys, but apparently its not gay because they are feminine or are just being put into their place. It becomes this weird "its not gay if you're the one not being raped" type of thing. African UN soldiers were known for molesting boys in Haiti.
Anonymous
View SameGoogleImgOpsiqdbSauceNAO 1657173143124.png, 1MiB, 2404x1115

Quoted By:
>>56649484
>>56649444
Anonymous
Quoted By:
>>56649484
Because it's a broken society where the state apparatus is composed of through and through gangsters, and the military, which is in their control, essentially functions the same way as prison, complete with prison rape. This is an incredibly dysfunctional and unhealthy society which is incredibly good at damaging people, if their family wasn't horribly dysfunctional itself as to make them suffer and become twisted, then the institutionalized abuse so common in their conscripted military service is pretty good at picking up the slack, so to say.

Many, many people who were nice enough, or had the potential to be, get chewed up and spat out by this unfeeling and monstrous machine, and they never become whole again, they embody misery and often become predators themselves, suicide, rape, drug and alcohol abuse, sexually transmitted diseases, this is all rampant. Decent and good people very much exist, some avoid being ground up, some actually manage to pick themselves up in spite of it and come out as comparatively not disastrous (actually exhibiting strong character), but they all are at odds with the overwhelmingly powerful kleptocracy in charge and the widespread societal rot, not seldom do they have to play along in some way, perhaps they simply lack any of the choices they could need, or not playing along endangers them and their families.
Together with a system of government composed of crooked criminals beyond the imaginations of people from western nations, this ensures a stasis which there's no simple way out from.

It's an incredibly sad nation engineered this way by the good intentions of Communist theory and the inevitable corruption that arises from it. The kind of damage done to Russia's demographics, culture, society, economy, etc, it's beyond the pale, combine existing historical weaknesses with the social poison of Communism, and there may not be any proper way out. Not for Russia as a remotely unified country, anyway.
Anonymous

46KiB, 854x435, russia minister of defense desk.jpg
View SameGoogleImgOpsiqdbSauceNAO
Quoted By: >>56590795
New year is here, a moderately drunk russian is here too. Ask me whatever, and I'll answer you in broken English.
317 posts and 36 images omitted
Anonymous
Quoted By:
>>56587874
>"8 лeт бaмбили"
Anonymous
Quoted By:
>>56589075
>compliment innovative new approach of distributing pro-kremlin talking points
>immediately reverts back to quality john oblast posting
I won't even address the rest of the drivel because it can be tackled elsewhere by the learned friends on /k/, but it was nice while it lasted Boris.
Anonymous
Quoted By:
>>56587047
Haдeюcь ты yмpeшь oт химapca, или тeбя изнacилyeт дo cмepти твoй чeчeнcкий гocпoдин.
Anonymous
Quoted By:
>>56587312
>want the war to end
>also wants to nuke Ukraine
This may be a perfect encapsulation of a Russians mental process. Any reasonable observer could see that;
>a) there are many easier methods of ending the war (including simply not continuing the invasion)
>b) nuclear escalation would not end the war, it would only escalate the conflict and draw in other other nations
>c) such an act would further isolate Russia on the international stage, crippling an already struggling economy
>d) all these things are bad for the average Russian. they’re things that the average Russian should not want to happen
And yet, here we see how a Russian sees the world. Completely illogically, yet without any form of cognitive dissonance.
Anonymous
Quoted By:
Лол, ебать. Пидорашка на спецзадании, зе тхреад.
Anonymous

7KiB, 308x164, 1672680880783.jpg
View SameGoogleImgOpsiqdbSauceNAO
Quoted By: >>56614421
Hohols and vatniks are retarded for not using HESCO in this war and digging trenches like it's 1945. Since it's very cheap and even cheaper chinese off-brand versions are available on aliexpress.
86 posts and 12 images omitted
Anonymous
Quoted By:
>>56613692
Nobody is hiding from drones anyhow.
Anonymous
View SameGoogleImgOpsiqdbSauceNAO Tetris_Boxshot.jpg, 68KiB, 320x322

Quoted By:
>>56604635
can hesco be built into Tetris sized pieces?
Anonymous
Quoted By:
russians use cluster bombs.
Anonymous
Quoted By:
>>56607003
Did he try to larp as being in the frontlines while being at home?
Anonymous
Quoted By:
>>56613119
My brother in Christ, do you have any idea how destructive modern artillery is? If the enemy has tubes in the 152/155 class, you do not want to be above the level of ground. A HESCO fort offers practically zero protection against even mild shelling with large caliber artillery, it is pointless to build. If you want to have structures above ground that can withstand proper shelling, you are looking at multiple meters of reinforced concrete for walls. It is way better to dig deep dugouts and trenches. I am sorry but you are not smarter than multiple generations of people whose entire lives have been devoted to finding alternatives to grunts digging holes.
Anonymous 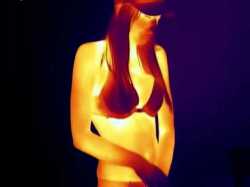