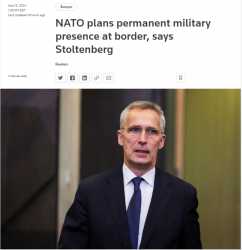 Quoted By:
>>53014886
Do Russians actually believe that there are NATO bases in ex-soviet -stans?
Anonymous 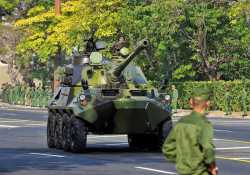 143KiB, 800x561, btr-60-100-image03.jpg
View SameGoogleImgOpsiqdbSauceNAO
Quoted By:
Has the Cuban military been really involved in any conflicts since the days of Angola? How should their military look considering their largest threat is the US? How would you reform the nation in order to be an independent power from the West and the US?
21 posts omitted
Anonymous
Quoted By: >>52928958
>>52928917
Talking about myself
Anonymous
Quoted By:
>>52928934
Oh. Cuba has cool and interesting things. Other than the communist induced poverty.
Anonymous
Quoted By:
>>52928817
It'd be regime suicide though. China is in no position to save Cuba the second the US decides to stomp the island once they fire those Silkworms off.
Anonymous
Quoted By:
just turn your country into Fallujah. only way small countries (eventually) beat Americans
Anonymous
Quoted By:
>>52927901
>>52928360
>slave plantations and death squads
>oppression feeding a popular uprising and a revolution that knocked out the unpopular government with ease
Yeah, that worked out great and people were so fucking happy everything
Anonymous 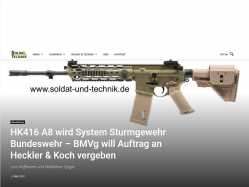 94KiB, 1164x873, index.jpg
View SameGoogleImgOpsiqdbSauceNAO
Quoted By:
WTF Guys, this ugly piece of shit is the rifle that the Bundeswehr is going to get??

Quoted By:
>>48515764
>The LMT rifles deserve respect but they are only being purchased as the former Soviet states did not want to invest in the HK for their entire military.
The kiwis adopted an LMT rifle too.
Anonymous
Quoted By:
>>48498885
Look at this retard.
Anonymous 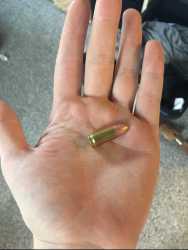 Pic unrelated
13 posts and 1 image omitted
Anonymous
Quoted By: >>12191751
I'm seeing Syria as a possibility. Maybe a friendly trip down to our dear friends, the Libyans, to make them stop their silly sectarian shit. Also a remote possibility of a war in the South China Sea with China once they invade the Philippines and possibly northern Vietnam and make a land grab for the rest of the Spratleys and Parcells.

Also
>implying there won't be another war.
Franky
Quoted By:
Mexico as the war on drugs goes full retard
Anonymous
Quoted By:
>>12187910
civil war
Anonymous
Quoted By: >>12191751,1
>>12191623
>I'm seeing Syria as a possibility
The war there is winding down and that without direct western involvement. Rebel forces control most of the countryside and since yesterday there is fighting all over damascus. I will give it another 2-4 months until assad is down. Of course that could lead to a lebanon-style civil war afterwards, but dont think that anyone would intervene there.

>Maybe a friendly trip down to our dear friends, the Libyans, to make them stop their silly sectarian shit.
In libya everyone is sunni, so there is no sectarianism at all. They elected a secular government and the economy is recovering much faster then expected. Nobody cares about some bedouins killing each other.

>war in the South China Sea with China once they invade the Philippines and possibly northern Vietnam
There.Wont.Be.Any.WW3.Goddamnit

As i see it: Possible engagements, not necessary wars, could be as "stabilisation forces" in Eastern Congo (shitloads of ressources there) and South Sudan. Short bombing campaigns against Iran and pakistan.
Also fucking mexico, if shit is further deteriorating there. And North Korea is also always good for a surprise
Anonymous
Quoted By:
>>12191751
> I will give it another 2-4 months until assad is down

3MiB, 720x404, azov.webm
View SameGoogleImgOpsiqdbSauceNAO
Quoted By:
realistically speaking, what should you do when you gets captured by your enemy in a war?
39 posts and 5 images omitted
Anonymous
Quoted By:
>>52658315
>Hohols make you do the fortnite dance and upload it to the internet
Lol
Anonymous
View SameGoogleImgOpsiqdbSauceNAO 1632656833971.jpg, 211KiB, 1280x720 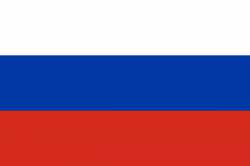 They'll make magnificent flares and turn the tide of night battles.
Anonymous
Quoted By:
>>52305958
Revenge with what? some shitty van with nig tier Z graffiti? you guys couldnt even use your own letters you had to steal ours, you tried to graft yourselves onto europe to avoid accepting you're asian for centuries and have been eating our crumbs like dogs.
Anonymous
View SameGoogleImgOpsiqdbSauceNAO photo_2022-03-04_23-25-41.jpg, 79KiB, 1097x1280

Quoted By: >>52307613,1
>>52307191
>All this because vatnik morons like you talk shit about russia stronk, but can't see that Putin and the siloviki are a fucking failure, and they have become a liability to the long term survival and prosperity of Russia.

As I have already said, I don't remember a single case of a lazy and cowardly Westerner worrying about someone other than himself. When you bombed other countries, you didn't take to the streets and write tearful posts on the Internet. And then you just howled. Is it really because you feel so sorry for the Russians, as you describe to me here? Who are you trying to fool, idiot? You're just shitting yourself out of fear, so you're asking me to STOP IT.

If you haven't realized yet that the world is changing, you will soon. You will never have a full and quiet life again, as it was before. You will pay for everything and pay the full price. I think there are many countries in the world that will want to get their own from those Western countries that once bombed them. Get ready to pay.
Anonymous
Quoted By:
>>52307613

>As I have already said, I don't remember a single case of a lazy and cowardly Westerner worrying about someone other than himself.

Not even the guy you're replying to, but vatnik, people from all over the world are signing up just to kill you and your kind

It's kinda sad reading your posts, it reeks of delusion and desperation. I hope you are just trolling and not serious. Good luck with the breadlines
Anonymous