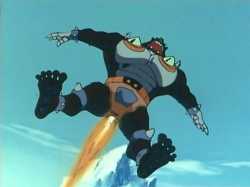 315KiB, 1280x720, snapshot683.jpg
View SameGoogleImgOpsiqdbSauceNAO
Quoted By:
***READ THE OP BEFORE YOU COME IN NEWFRIEND***

If you wish to help with the SRW fan game they are always in need of more musicians and artists
Please contact the following e-mail: [email protected]
567 posts and 111 images omitted
Anonymous
Quoted By: >>21306860
>>21306503
I mean, this is OGs, you are literally prompted to start OG2 when finishing OG1. I don't believe it's such an anomaly for you to have it that the game doesn't account for it in some capacity.

But I can guess that even if you don't have those it still wouldn't make much of a difference, because we return to the same: the earlygame B grade units are what you have and will be using the majority of the game, when your pilots are at their weakest. THAT'S when you need your stuff to be at their strongest. Lategame you get money in the hundreds of thousands and you can invest more freely on the newer stuff.

Notice how in all lf this debacle, no one has stated which lategame units they want to invest on that you absolutely need to save money from the early game to upgrade.
Even the Hiryu, you only really get it for like two chapters if you don't go to the moon, and if you don't aim to get the inspectors secret it's pointless to upgrade it until it joins full time. Same for the Giganscudo.
Anonymous
Quoted By: >>21306911
>>21306848
You can actually save cash for later joiners by upgrading certain equipment early. But quite frankly, I just buy Attacker, SP Regen, Infight/Gunfight (4/7) and S Ranks for everyone only buying other stuff if the unit really needs as skill investment is what really makes or breaks a character.
Anonymous
Quoted By:
New thread:

I am a bit remiss about spending earlygame PP on Infighter and Gunfighter. I feel SP regen is a bit more applicable, and you risk pigeonholing a pilot, when they could still perform well both melee and ranged.
Anonymous
Quoted By:
>>21303551
Mediocre game turned to shit because of its length. Also the free form mission system sucks ass, because it completely kills the narrative and any stakes it has.
Axia Delta !!SuH5TLtysNd

Quoted By:
It is unlikely to be as good as the titles on this mecha anime recommendation chart.
Anonymous
Quoted By:
>>20931149
Anonymous 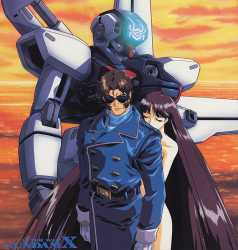 892KiB, 667x700, x02_2.png
View SameGoogleImgOpsiqdbSauceNAO
Quoted By:
Those who say "AUs are crap, UC is greatness." Those who say "AUs are fine, but of course they can't even compare with Tomino's genius."
I'm tired of all of you. Many AUs are great, most of UC stuff is garbage. And I'm so, so tired of pretending it's otherwise. I respect Tomino for creating the Gundam franchise, but he's terrible storyteller who absolutely can't into coherent writing, dialogues or at least basic dramaturgy. Gundam blossomed exactly that moment when Tomino stepped aside and allowed other creators to make some great stuff under Gundam name.
tl;dr AUs bros, it's our thread now.
38 posts and 5 images omitted
Anonymous
Quoted By: >>21231116
>>21231091
OP actually admitted he was pissed off and doesn't think that way about Tomino >>21230516
>>21230713
Anonymous
Quoted By:
>>21231091
Visual novels counts?
Anyway, my last book was "For the Emperor" from wh40k universe. Extremely light read, cute mc, couple of jokes here and there. Enough for keeping me interesting for a couple of evenings, but nothing special.
Anonymous
Quoted By:
>>21231106
That has nothing to do with what I'm saying. I'm not saying we have to be /lit/ and be pretentious as fuck, but so many people have opinions about good and bad storytelling without knowing the basics of storytelling. It's one thing not to like something, but it's another thing to say this is bad when you don't even know what a four act structure is.

It's like to me saying this art is bad when you yourself don't know shit about color theory perspective or anatomy.
Anonymous
Quoted By:
I particularly don't like one thing in G-Reco. Namely every character is a clown. I mean, character could be dead serious most of the time, but there surely will be some scenes where that character does or says some silly things. Nobody is safe from it.
Anonymous
Quoted By:
So this really was the Gundam X bunker thread
Anonymous 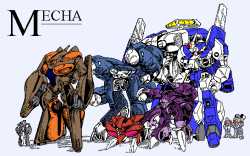 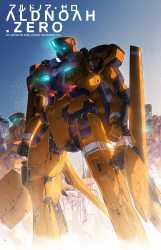 Quoted By:
>>21204639
>first season so good
>first season
>good
Anonymous
Quoted By: >>21215034
I heard this has cuckoldry. Can anyone explain more?
Anonymous
Quoted By:
>>21213074
There are 2 mc´s, but the black haired one is the main of the 2 and the other ends up doubling as antagonists. There is a romantic triangle between these 2 and the princess. But anyone with eyes can tell the princess wants Black haired-kun cock more. What happens is that in the second season they cranck up the drama and at the end when she and the main mc reecounter but she basically "chooses" not him but the blonde one. There probably were non-romantic reasons for this but because of no 3rd season we will never now and for now its cuckshit
Anonymous 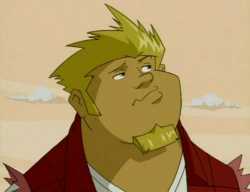 16KiB, 500x384, 1239142560379.jpg
View SameGoogleImgOpsiqdbSauceNAO
Quoted By: >>21205117
The last thread was a comfy success, what are you anons watching and what are you clearing out of your backlog?
6 posts and 1 image omitted
Anonymous
Quoted By:
Slowly making my way through Brave Police J-Decker at the moment. Shadowmaru a best.
Anonymous
View SameGoogleImgOpsiqdbSauceNAO sample_0df712d4cafe0e685feff43db (...).jpg, 362KiB, 850x1167

Quoted By: >>21205142
>>21204834
Just finished King Gainer, it was super comfy. I was expecting another G-Reco but everything flows very smoothly, with maybe a few hiccups (Adette switching to the good side felt so rushed). Threesome ending was pretty based.
How's Majestic Prince? I see a lot of anons sung it's praises in /srwg/ back when SRW30 got released, and from the screenshots I saw it seems to have a very frat/college sense of humor.
Anonymous
Quoted By:
>>21205117
MJP is cliche and unambitious but it knows that and plays to its strengths.
Anonymous
Quoted By:
****'s blog thread
Anonymous
Quoted By:
Janitor can be a killjoy sometimes.
Anonymous 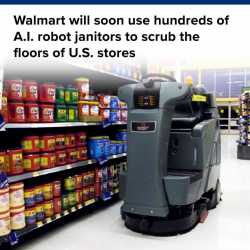