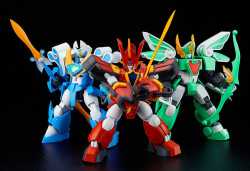 662KiB, 800x550, clamp wishes their knockoff was this cool.png
View SameGoogleImgOpsiqdbSauceNAO
Quoted By:
And now for a Granzort thread. Honestly this was a cool series even though the second OVA was highly unnecessary.
Anonymous
Quoted By:
Why was this deleted? Granzort is a Sunrise robot show.
Anonymous 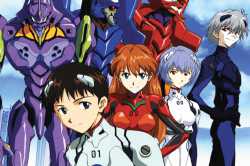 but yet every series we've been getting in these last years, which have been becoming fewer and fewer due to the amount of endless mecha garbage that has tainted the well, have had awful writing or terrible endings

why dont good writers work in mecha anime anymore?
124 posts and 9 images omitted
Anonymous
Quoted By:
>>20641838
>your bias is showing. you should probably stop thinking in terms of "killer" stuff if you want to enjoy anything
Those were just examples, as I was trying to find "killer stuff" from each point the other anon had given (religion, politics, corporations). And you'd have to be extremely naive to dismiss the impact a "killer thing" would have in the medium. Was Gundam not a killer show back then? We wouldn't have such a vast collection of varied and extensive media in the genre if it weren't for so many killer hits, again I'm not saying "we need a mainstream normie appealing show to revive the genre!", but wouldn't it be nice to have a great show that most people agree is good and motivates people to do more stuff? Be it memes and OC, or more shows?
You are right about language shaping our thoughts and ideas.
Anonymous
Quoted By:
>>20641843
Yeah it's sad to see the cultural rot even here on /m/, but I've been fortunate enough to find many anons that I've enjoyed talking with. I just blame the cross-section of mecha and video games, and the resulting stream of tourists that creates. I'd wager a decent portion of shitposters who only want to bandy about shallow insults are on the younger end of the spectrum, where shit-talking comprises a big chunk of peer-to-peer communication. Throw in typical adolescent anger, and maybe a dash of poor parenting, and you have the makings of a shitposter. Because video games are popular with a younger audience (not exclusively), you get a bit more of this subsection. They then inevitably find /m/ once it intersects with a streamer they watch or a game they play. Then they bring their shitposting here, where there is fertile ground because it's a bit less common.
Anonymous
Quoted By:
>>20641838
Fair point, bringing language and all of the baggage that comes with it into the discussion would just bog things down even further. Regardless, I appreciate the food for thought you provided. It certainly helped move some thoughts of mine along which I always appreciate!
Anonymous
Quoted By:
>>20641849
>"lol i'm just here to laugh at you"

I know you won't hear it, but this sort of deflection is always so obviously untrue. Even you know that's not why you're here. If you can entertain a Fate reference, Shinji has used that exact attitude to deflect something that reveals his own weakness.
Anonymous
Quoted By:
Bumping for Evafriends from /a/, Evageeks, and Discord 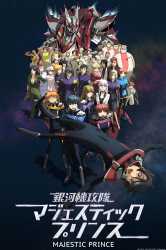 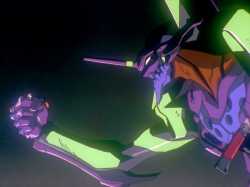 144KiB, 1440x1080, Neon Genesis Evangelion - 1x24 DC - The Beginning and the End, or Knockin' on Heaven's Door [1080p][x265][bk].mkv_snapshot_22.07.072.jpg
View SameGoogleImgOpsiqdbSauceNAO
Quoted By:
Ah yes. One of the most popular Super Robot show out there, with the most annoying and pretentious fanbase. How did this happen? 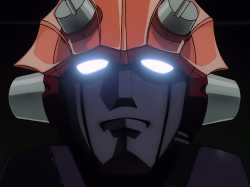 This is a completely one-off experiment that was entirely prompted by wanting to rewatch the show, only to discover that no decent copies are really floating around out there. First off, the Big O BDs that are out there are lame Q-TEC upscales that don't really do much for the image. This is a real shame for the first seasons, because Banrise didn't see it fit to properly rescan the 35mm film. Being from 1999, it should have been right up there with Turn-A Gundam as far as film stock quality is concerned. They instead decided to criminally upscale the first season. The second season of course, was an early 2000s digital production, and while it's well produced, it's a product of its time, meaning it's soft, and eternally stuck in standard definition.

So why did I bother encoding it?

One reason is that, shockingly, no one seems to have restored the original OP to the Blu-ray versions, which use the 2007 Animax opening instead. Even US DVDs from around that same time also stopped using the original opening, presumably for fear of dealing with Queen, meaning the only DVDs that had the original versions were the single volumes and first collection box sets. It's pretty easy to combine files like this, and the whole show was upscaled anyway, so it's not like it matters that you'd be matching DVD to BD...
171 posts and 35 images omitted
Anonymous
View SameGoogleImgOpsiqdbSauceNAO [EG]The_Big_O_07_(DualAudio_1080 (...).jpg, 171KiB, 1440x1080

Quoted By:
>That feel when no android gf
Anonymous
View SameGoogleImgOpsiqdbSauceNAO not my problem.webm, 3MiB, 1440x1080

Indeed, AI processing is the future. Can't wait for it to be done in real time someday
Anonymous 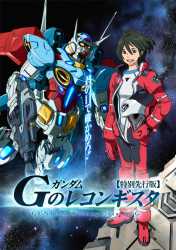 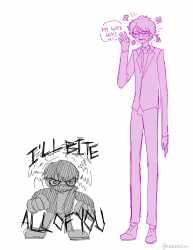 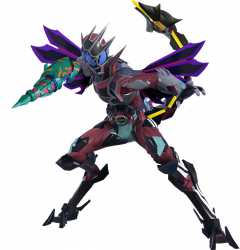 >/krg/ archives
https://desuarchive.org/m/search/subject/Kamen%20Rider%20General
548 posts and 109 images omitted
Anonymous
Quoted By:
Kamen Riders are always male and are always the MC. 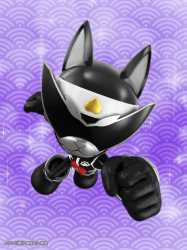 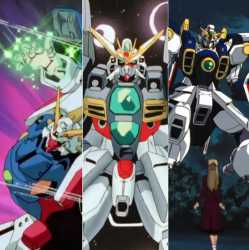 585KiB, 640x641, bizyz5g9ptx61.png
View SameGoogleImgOpsiqdbSauceNAO
Quoted By: >>20601407
Gundam peaked in the 90s
everything from F91 and 0083 to Turn A were excellent
31 posts and 3 images omitted
Anonymous
Quoted By:
>>20600892
>0083
An incredibly dull but pretty OVA outside of the Zeon sections. Seriously, who gave a shit about the MC or the romance plot?
>F91
A 50 episode anime condensed to a movie where the only memorable parts are the animation and the antagonist.
>Victory
Bandai meddled so hard that even Tomino is sour about it
>G Gundam
A good reprieve from the constant dourness of the UC
>Wing
Fujobaiting trash that is simultaneously edgy while also being hopeless out of touch and optimistic with how it views an end to conflict. The death of Gundam's themes incarnate.
>08th MS Team
Boring
>After War X
haven't seen it
>Turn A
Tomino's best work
Overall, the 80s were better, and if we look at the 70s through the scope of just Tomino TV anime, you had Zambot 3 and Daitarn 3 as well. 90s were the beginning of the end of Gundam.
Anonymous
Quoted By:
>>20601170
>every entry
>just a handful of TV anime, OVAs, and a movie from the 90s from one franchise
Gundam isn't all of mecha you know.
Anonymous
Quoted By:
>>20601274
They always were.
Anonymous
Quoted By: >>20601421,2
if gundam X is good then why are it's fans fucking retarded? a good show should attract intelligent people, no?
Anonymous
Quoted By:
>>20601421,1
It's all backlash against those few shitposters who keep spamming "X is shit" and one of them has to be Duel
×