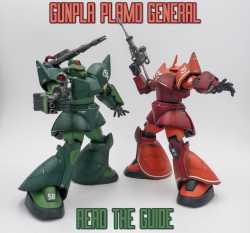 For those new to gunpla/plamo or even just new to this thread; please read the guide. Please read it before asking questions, as there is a chance it has already been answered there.

For those unfamiliar, "plamo" is a shortened form of "plastic model". If it's made of plastic, someone can probably help you here!
If you're new, you're gonna fuck up. Don't worry! If you're experienced, don't make the new people worry!

And remember to report any shitposting and spam to keep the thread clean and civil.

>Why won't anyone answer my question?
Try being specific, especially about your materials and process. Post images whenever possible; even if the kit/part looks bad, you are more likely to get help posting images.

>Why are my pictures sideways?
4chan strips EXIF data from images when they're uploaded to the site from your phone, including the orientation display tag. To fix this, save your images separately, or use an app that will rotate and save the images for you.
One commonly used app that works well on Android:
https://play.google.com/store/apps/details?id=com.simplemobilephotoresizer 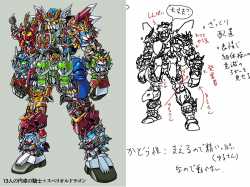 I get that when it's in conjunction to the male pilots showing no signs of fear it's problematic it was a very human and realistic reaction to having just been in a literal life or death fight. Thankfully this is the only time something like this happens
Anonymous
View SameGoogleImgOpsiqdbSauceNAO barbatos deserves defeat.png, 814KiB, 1024x819

Quoted By:
>>20510118
ZZ
Anonymous
Quoted By:
>>20510118
As far as the full TV series go, I think the original is the most well rounded of them all. Yeah the visuals and animation are dated as shit and more time could be spent developing the characters, but the story itself is pretty straightforward and enjoyable.
If you don't give a shit about the story pretending to be a serious war drama and just want Dragon Ball with giant robots you could also go with G Gundam.
Anonymous
Quoted By:
>>20513399
how did you make this post from your white padded room?
Anonymous
View SameGoogleImgOpsiqdbSauceNAO 1590033148448.jpg, 1MiB, 1800x1778 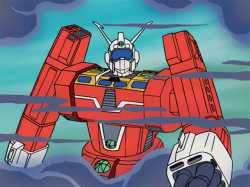 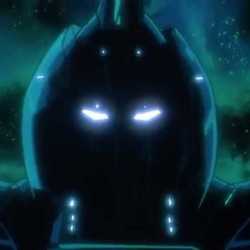 Quoted By:
>>20514314
great character
garbage person
Anonymous
Quoted By:
>>20514314
A petty, pathetic manchild, but that’s why we love him.
Anonymous
Quoted By:
>>20514506
>or Relena
You mean Trieze. It was the 9000IQ romanticist Trieze who helped Zechs get through his shit by being a positive influence, and Noin just happened to be a good women. Zechs won two lotteries that Char lost, having had no rival figure in his youth to temper his descent into darkness nor a woman who could be a mother to him. That's what makes Zechs the more likeable Char, because he was the lucky one. The original only ever saw the worst of humanity and got shit on with one poor circumstance after another, leaving him nowhere to go but on a path towards global genocide.

The fact that he gave up the psychoframe tech shows that deep down there was actually a not completely awful person beneath all the sadness, tragedy and cynicism. But at the end of the day, Char was still doomed to become a product of his time.
Anonymous 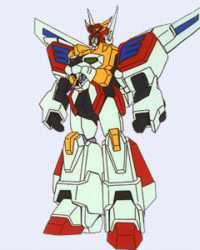 A Super Robot story similar to Exkaiser, except the main hero and his teammates possesses animatronics from a Pizza Shop.
2 posts omitted
Anonymous
Quoted By: >>20517891
>>20517719

Good, then my job is done. It IS the worst /m/ related idea ever.
Anonymous
Quoted By:
FUCK OFF
Anonymous
View SameGoogleImgOpsiqdbSauceNAO tumblr_nqq1zp5ABj1uvi7wko1_1280.jpg, 235KiB, 1200x948

Quoted By:
The show starts with a totally random underage shitposter who's in the middle of posting an off topic thread on 3ch. His home gets broken into by malfunctioning construction Boomers who then proceed to rape him and his family to death with their crotch drills.

TLDR it's an ultra gruesome OVA sequel to the classic Bubblegum franchise which pretends 2040 never existed, and seeks to pay homage to how truly bloody and violent some 80s/90s anime used to be. I think OP would like it.
Anonymous
Quoted By:
>>20517775
idk a giant robot with a pizza cutter mite b cool
Anonymous
Quoted By:
Fun buster
Anonymous 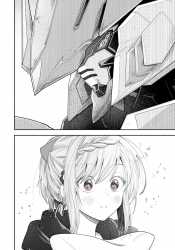