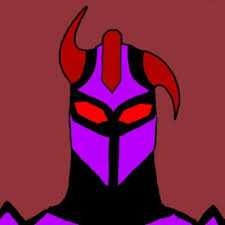 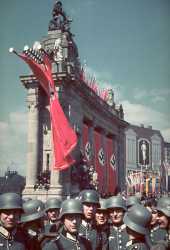 150KiB, 683x1000, 04_47-48.jpg
View SameGoogleImgOpsiqdbSauceNAO
Quoted By:
What was life like in 1930s Germany?
149 posts and 21 images omitted
Anonymous
Quoted By: >>11859915
>>11859905
>>For the first time in our history, The German people have found the way to a higher unity than they ever had before; and that is due to the compelling attraction of this inner feeling. Innumerable prejudices have been broken down, many barriers have been overthrown as unreasonable, evil traditions have been wiped out and antiquated symbols shown to be meaningless. From that chaos of disunion which had been caused by tribal, dynastic, philosophical, religious and political strife, the German nation has arisen and has unfurled the banner of a reunion which symbolically announces, not a political triumph, but the triumph of the racial principle.

The whole National Socialism movement was Hitler coping with the fragmentation of his own People.

I've shown you the definition of National Socialism, Hitler's definition of International Jewry, I've shown you the meaning of Nothung (The inheritance from Siegfried father that was fragmented into pieces) and Mime (The crafty dwarf that only cares about wealth and wishes to subjugate the world with his secret plans), Are you really so dense that you can't see the symbolism in that Opera? That Germans have developed a strong sense of Volk and Heimat in an attempt of coping with their lack of union? Which did lead to a significant contempt for anyone that may betray or not share the same devotion to their concept of a "Nation"?.
>Italy was fragmented, so was Russia, Poland, Britain, etc.
Not by the extent that the Germans are, Be it by Faith (Lutheran vs Catholic), Regionalism (With the exception of Italy) and Dynastic loyalty

>I definitely would not say Germany is nativist today.
We're debating about a Political party and administration at a specific time, the NSDAP (1920-45), and what factors have made them popular with a specific generation of people, The Germans of today, which have been utterly reprogrammed by the Allied occupation, are irrelevant for this conversation.
Anonymous
Quoted By: >>11859919
>>11859908
>German culture as a whole
Never said Whole, what I did claim is that there was a significant portion of Germans; Prussians, together with the Austrians and Bavarians which have been chauvinistic towards the Slavic Nations.

>This changed after the Allies destroyed Prussian culture.
Ohhh, So you do understand that we cannot compare the Germans before Allied Occupation with the ones after it.

>I said that the conservatives collaborated with the Nazis.
So did the Left, Also a Historical fact, or are we gonna pretend that the KPD, under guidance from Stalin, Didn't sabotage their coalition with the SPD? or that the Communists in France didn't collaborate with the German occupiers before the Soviet agreement with the Germans had been torn to shreds?

>That’s like saying Marxism is inherent to German culture.
Yep, That would be crazy, Because it's Jewish, Internationalism, and Slave Morality, albeit living in England and Germany did infect Marx with Socialism, from the English and Hegelian jargon from the Germans.

>See my earlier post on the Volkisch movement
Goalmoving, Your argument was that Racial antisemitism didn't exist in Germany before the foundation of the NSDAP, I've shown that It did and in fact, At significant sectors of their intellectual community.

>I don’t think Adenauer supported that.
Adenauer may not have been a Racial antisemitic, Bu he was a Conspiratory and Cultural one.
See
https://youtu.be/90EVIH4KZsc?t=1661
The Final Solution was initiated because Hitler believed that the Jews in America have been using their influence in the Media to instigate Anti-German feelings in America, The same fear that Adenauer seems to have.

>If international finance Jewry inside and outside Europe should succeed in plunging the nations once more into a world war, the result will be not the Bolshevization of the earth and thereby the victory of Jewry, but the annihilation of the Jewish race in Europe.
Anonymous
Quoted By:
>>11859915
>You realize that there
So? Do you realize that parties may lose or gain voters? That NSDAP had an increase of 92 seats IN ONE ELECTION compared with a decrease of 1 to the SPD and 19 to the KPD? That by popular vote, IN ONE FUCKING ELECTION, They did have an increase of almost 6 Million voters? A political party that didn't have 13 years of existence yet? Do you seriously wish to tell me that they would not continue to increase their influence?


>You realize that there were more than three parties, right?
None of which have shown the same increase of approval rankings that the NSDAP did.

>What? That doesn’t make any sense.
Fine, just answer me those things.

1) Did the NSDAP possessed more voters and seats than the other parties?

2) Did the NSDAP had a significant increase in seats and popular vote compared with the other parties? and if they did, what was the magnitude of it? 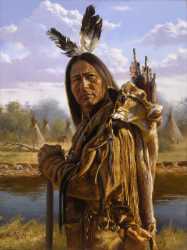 92KiB, 640x853, c3a0fdf69516d224004edd37a6a7728f--native-art-indian-art.jpg
View SameGoogleImgOpsiqdbSauceNAO
Quoted By: >>11865302 >>11865425
Are there any native American diaspora outside America? Like are there Navajo communities in Australia or Turkey?
21 posts and 8 images omitted
Anonymous
View SameGoogleImgOpsiqdbSauceNAO Nacogdoches Natchitoches.jpg, 169KiB, 864x870 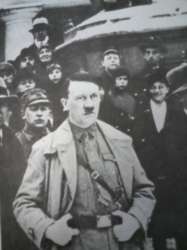 Quoted By:
thx guys. enjoy your board
Anonymous
Quoted By:
He did literally nothing wrong. Discuss.

Quoted By: >>4607
>/his/ hates hitler general
>it's actually comfy as fuck thread 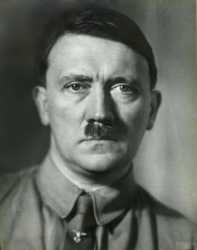 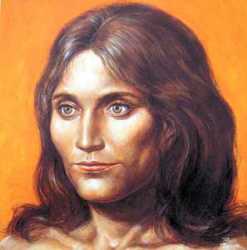 Indo-Europeans influenced the establishment of the Shang dynasty
“Along the Sino-Mongolian frontier zone (Shanxi, Shaanxi, Hebei, northern Henan, and Inner Mongolia), flanked by northeastern (Liaoning and Heilongjiang) and northwestern extensions (Gansu, Ningxia, parts of Qinghai and Xinjiang). Within the broad Northern Zone”

“Excavations carried out in Inner Mongolia and adjacent areas have shown that the presence of pastoralists in the Northern Zone can be dated to the Shang period.”

“The average dates of West Eurasian-related admixture in northern Han Chinese populations Han_NChina and Han_Shanxi are 32-45 generations ago, suggesting that mixture was continuing at the time of the Tang Dynasty (618-907 CE) and Song Dynasty (960-1279 BCE) during which time there are historical records of integration of Han Chinese and western ethnic groups, but this date is an average so the mixture between groups could have been earlier.”
175 posts and 30 images omitted
Anonymous
Quoted By:
>>11807990
R1b is literally mixed more with farmer than R1a is. France, Italy, Spain, all massive amounts of EEF. Compare that to Belarus, Russia, Poland
Anonymous
View SameGoogleImgOpsiqdbSauceNAO 15730595309910.png, 3MiB, 1920x2240

>>5568393
Anonymous
Quoted By:
>>11804334 >>11804337 >>11804344 >>11804394 >>11806558 >>11807502 >>11804791 >>11804918 >>11808294,42
Gansu and northern Shaanxi and northern Shanxi was well as northern Hebei weren't Han lands. They were barbarian lands during the Shang and early Zhou dynasties which were conquered by Han people and the conquered barbarians there were absorbed. Gansu was home to Xirong barbarians like Quanrong and Qiang barbarians, and northern Shaanxi had Quanrong barbarians. northenr Shanxi and Hebei had the barbarian Beid (northern Di) states of Dai and Zhongshan. They were the ones with ANE R1a paternal lineages, and they were conquered, defeated and incorporated into China by the Zhou era warring states. In fact the Shang and Zhou dynasties sent the Ying noble family to found the Qin states in Gansu to bring the R1a barbarians under control.

ANE fucked some Siberian and barbarians and their descendants were defeated by Han Chinese.
Anonymous 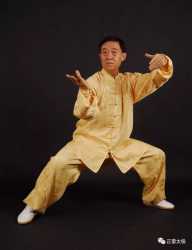 I rest my case.
Anonymous
Quoted By:
>>11287267
Russia is European til the Caspian you copesect.

Also, a Croat fuck is still by far the most decorated heavy champion ever
Anonymous
Quoted By:
>>11282737
Wasn’t that guy an asshole who thought he was too cool to pay up when he lost a lawsuit for not showing up in count? Also got wrecked by MT guys? Was he the guy beating up old men or lied on social media about TMAs being everywhere when Sanda is way bigger?
Anonymous 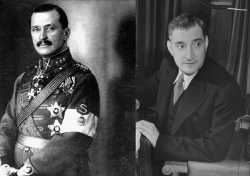 712KiB, 1914x1348, finland prort.jpg
View SameGoogleImgOpsiqdbSauceNAO
Quoted By: >>11811715
Were Finland and Portugal fascist in the 1930s-40s?
23 posts and 6 images omitted
Anonymous
Quoted By:
>>11808868
no, fascist italy was corporativist, just like portugal of salazar
Anonymous
Quoted By: >>11811831,1
>>11804263
Communist parties were banned and the main targets of bourgeois rule, Finland fought against Soviet power and Portugal aided the Spanish fascists, so obviously.
Anonymous
Quoted By:
>>11808849
>>11808862
Not really
Portugal of Salazar had everything fascism had. The only main difference was the revolutionary vs convservative. 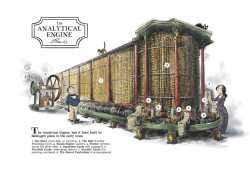 593KiB, 1920x1357, e6b334e7687debc6a3ebcb7c8bb491e9.jpg
View SameGoogleImgOpsiqdbSauceNAO
Quoted By:
I'd just like to draw your attention to the first Turing-complete machine: Charles Babbage's Analytical Engine. Pictured is a rendering of what the completed machine may have looked like (based on Babbage's relatively inscrutable designs).
74 posts and 14 images omitted
Anonymous
Quoted By: >>11325264
>>11324578
I thought people on this board like old, obsolete stuff. You know like monarchies and religion.
Anonymous
Quoted By:
>>11322604
that's fucking scary. I mean the possibility that such a thing could happen to people.
Anonymous
Quoted By:
>>11324952
Shouldn't have made me kek.
Anonymous
Quoted By:
Based thread. GDP=Tourism schizo faggot BTFO
Musrang
Quoted By:
Libs lost, computers haven't changed
×