463KiB, 1019x2133, l189vny70i741.jpg
View SameGoogleImgOpsiqdbSauceNAO
Quoted By:
Why do 90% of whites like pol and racists try to take credit for what 10% of the talented whites did simply when the only thing they share is a complexion? Pol is never going to write a moving symphony or develop a ground breaking scientific thesis yet they act like they are somehow able to flip a switch and do so
71 posts and 5 images omitted
Anonymous
Quoted By: >>12814250
>>12813888
>culture springs from the economic base
Uh, no.

But this the core of the debate. Do differences between people have a genetic basis or are they just an arbitrary accident of culture? It seems unlikely to me that different groups existed in isolation for thousands of years and developed vastly different external phenotypes but nothing deeper.
Anonymous
Quoted By: >>12814229
>>12812322
Are these things Asians and blacks actually claim or are they things white people claim about Asians and blacks regardless of whether or not they actually want those stereotypes?
Anonymous
Quoted By: >>12814299
>>12814213
Every group has stereotypes for other groups.

What's with this idea that having a tribal mentality and "othering" alien groups is uniquely evil when whites do it? Why are we the only ones who are punished and shamed for engaging in these basic human social behaviors?
Anonymous
Quoted By:
>>12814174
You don't think there's any possible good outcome?
>>12814210
I mean, maybe there's some subtle differences, but you can't have big ones given they're all able to produce fertile offspring with each other. You can't really have different complex adaptations functioning in two populations that can interbreed.
Anonymous
Quoted By:
>>12814229
This is true. It’s bad when everyone does it. I was just pointing out that those stereotypes aren’t things those groups claim about themselves. If the example is “one white person did bad thing so all white people must want to do the bad thing” then yeah, a lot of nonwhite people are guilty of this sort of thinking
Anonymous 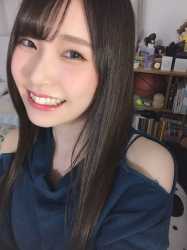 Quoted By:
>>12804196
Anonymous
Quoted By:
>>12799058
Dumb Ayrab, the Mongol and Han tumens in the Mongol army spared all the Han Chinese civilians in Kaifeng after Han officer Cui Li defected and opened the gates of Kaifeng. Only the Jurchen royals from the Wanyan family were raped and killed in Kaifeng. 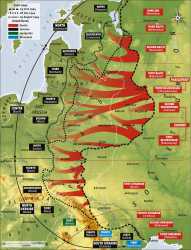 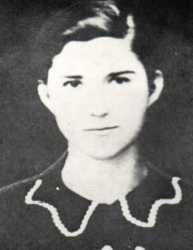 http://www.identitanazionale.it/stco_5041.php
Anonymous
Quoted By:
>>8922814
>They were especially cruel to priests and monks. In most cases, they stripped them naked and cut a strap in the shape of a cross from their backs. Then, for the sake of the toughest partisan women, they started to deal with their genitals, tearing their testicles with pliers, cutting off the penis. If there was a forge nearby, they burnt the penis of clergymen with red hot iron, repeating the torture for several days. Modern sawmills also gave ideas for new methods of killing.

>By late 1943, he was a non-person to Hitler’s high command, too. SS Captain Stangl had left Poland for Trieste that September in a convoy with his chiefs, General Odilo Globocnik and Major Christian Wirth, and 120 other men. ‘1 realized quite well, and so did most of us, that we were an embarrassment to the brass,’ he later told Gitta Sereny. ‘They wanted to find ways and means to “incinerate” us. So we were assigned the most dangerous jobs. Anything to do with anti-partisan combat in that part of the world was very perilous.’

>Yugoslav partisans took no prisoners. Simon Wiesenthal confirms that, in Berlin headquarters’jargon, ‘incineration’ meant eliminating their own men by sending them to a front from which they were not expected to return. This was the cynical Nazi solution to the problem these technicians of mass extermination posed to their superiors, who called them ‘secret-bearers, first class’, meaning that they knew too much for their own or the Party’s good. After blowing up the camps and planting farms and other cosmetic disguises atop them, as many expert witnesses as possible had to be removed.
Anonymous
Quoted By:
>>8922887
https://www.bbc.co.uk/news/world-europe-42495423

>She engraved a cross and the letter ‘S’ on prisoners' backs and foreheads with knives, put salt on their wounds and forced them to lick it. She also punched detainees in their genitals and threatened to circumcise them.[9] One witness said Bašić forced him to drink gasoline and then set his face and hands on fire. Others described how they were made to crawl half naked across broken glass with a knotted rope in their mouths and a Croatian soldier on their backs.[1] In one instance, a prisoner was severely beaten into unconsciousness.[7] It was found that Bašić then killed that same prisoner by stabbing him in the neck and made others drink his blood.[3] Bašić earned the nicknames "Azra Two Knives" as she always had twin knives strapped to her belt and a boot[1] and "Bloody Azra" for the cruelty of the crimes.[9] She was known as the "mistress of life and death".[10]
Anonymous 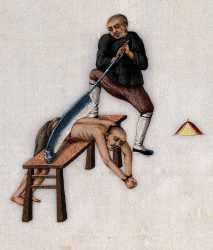 Not R1b, and Hui people are literally verified decendants of Central Asians, not Mongols.

R1a in Ningxia and Gansu is a subclade from ANE in the Paleolothic tens of thousands of years ago, not from Indo-Eueopean migrations.


Arabs in Qatar and Yemen AND Crimean Tatar nobility (Mansurskiy family from Mangyt, Idegey bey) have Han Chinese Y chromosome O-M175. Results from Qatar, Yemeni and Crimea in this list.

Dargin are a Caucasian people. The others are Turkic but still carry caucasian genes.

C Y DNA us also found in Eastern Europe in Crimea in Ukraine and Russia. N originated in southern China and US found in Scandinavia and haplogroup Q originated in Siberia and is found in Europe.

R1a is mainly found among Uyghurs in Xinjiang.

mongols relied on non-Mongol offiers and soldires for the majority of their military garrisons in non-Mongol regions. They shifted different ethnic soldiers to each other's countries

Han Chinese generals and soldiers were shifted west by the Mongol empire to be stationed in Central Asia in Uyghur lands in Xinjiang, in Bukhara and Samarqand in Uzbekistan and Baghdad in Iraq, while Central Asian Muslim generals and soldiers were in turn shifted east to be stationed in China and Korea, so that the soldiers in each area would not conspire with he local populations against Mongols.

Mongols forced Korea to provide hundreds of thousands of virgin Korean girls and Korean boy eunuchs, and distrubited the Korean girls as gifts to their Central Asian Muslim and Han Chinese soldiers.

The bulk of Mongols stayed as nomads in Mongolia and did not move into Han provinces. That's why the last Yuan emperor fled to the steppes of Mongolia and continued reigning in Mongolia as the northern Yuan dynasty. The Mongols never integrated into the Han population.

today in China, the descendants of those Miongol empire and Yuan Central Asian garrisons an d Korean women are the Hui Muslims. Despite speaking Chinese now and practicing similar culture now, they still identify as an entirely separate ethnicty from Han because of their paternal lineage, they trace their ancestry to Central Asian Muslims and identify as Hui, not as Korean or Han. There are 8.61 million Hui in China. The Salars are also descendants of Central Asian Muslim garrison under Mongol empire in China except their ancestors married Tibetan women so their culture is tinged with Tibetan but they never identify as Tibetan because of their paternal lineage.

12hrs recording of an interview with a karayuki-san, Japanese women sold and transported to South Asia to work as prostitute. 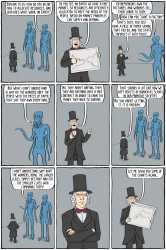 2MiB, 1000x1500, ExplainingCaptialismtoAliens.png
View SameGoogleImgOpsiqdbSauceNAO
Quoted By:
Does /his/ like Existential Comcs?
16 posts and 3 images omitted
Anonymous
Quoted By:
>>12227870
>>12228094
The actual answer: to white collar workers money stops being a priority and instead you can focus on other things, namely on the fact that our society is pretty crappy and unfair so you develop a desire to change it fundamentally into something better.
By contrast the workers are entirely the entirely focused on acquiring money. Workers have neither the intelligence nor the education to imagine something different. Their vision of Utopia is capitalism but they get rewarded with millionaire tier wages for their labor, to the white collar worker Utopia would be a place where capitalism had been automated or replaced by socialism and we can focus on other things like science or the arts.
Anonymous
Quoted By:
>>12227870
working class people take part in radical politics all the time. I mean look at the Russian Revolution, Chartism, the 1848 Revolutions, the Spanish civil war, South American history for the last 50 years.
there's a reason trade unions were destroyed in the US, because they are the prime radicaliser of the working class
Anonymous
Quoted By: >>12229131
>>12227728
Anarchy and being a fucking tyranny is a contradiction. Those communist faggots should stop sucking dick.
Anonymous
Quoted By:
>>12228798
>let's all work for the benefit of the state
>also fuck the state
>also fuck working
It's pretty funny. They don't mind showing they're unread hypocrites. They just kind of mindlessly hate the establishment while also bandwagoning everything "against" it, even if it's also against them.
Anonymous
Quoted By:
>>12227765
dilate
Anonymous 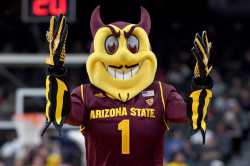 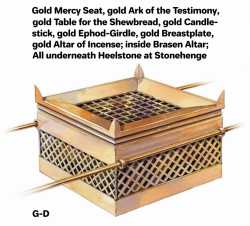 Quoted By:
>>12742449
Sionism to the Alamo Fourth Temple from Stonehenge Third Temple.