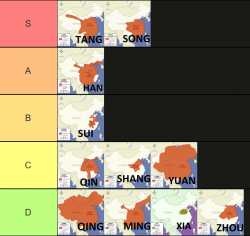 Quoted By:
>>12715879
Zhou and Han are the best because they created the greatest Chinese people
Anonymous
Quoted By:
>>12722783
give a rest m8 you've been at it for literally 24 hours
Anonymous
Quoted By: >>12722905,2
>Tang get raped by invaders and end up with a Turkic elite ruling
>Song provoke the Mongols and get raped by invaders
They belong in shit tier.

Quoted By:
>>12715879
Anonymous
Quoted By:
>>12722885
The Tang dynasty conquered and raped the Turkic Gokturk Khaganates and destroyed the Uyghur Khaganate dumbass, not the other way around.

2MiB, 478x848, ching (1).webm
View SameGoogleImgOpsiqdbSauceNAO
Quoted By:
https://en.wikipedia.org/wiki/Heqin#Han_dynasty
The Han (The name of the chinese dynasty which gave its name to the Han ethnic group) married three (!) of their daughters to Modu Chanyu, the founder of the Xiongnu Empire (the first steppe empire, Mongols and Turks merely copied him). The Xiongnu were Scythians, and therefore white men.
Can the deep craving for BWC most chinese women have be explained by these historical events?
37 posts and 5 images omitted
Anonymous
Quoted By:
>>12720167
The Xiongnu weren't Indo-Eurooean.

The Xiongnu empire was entirely outside of Chinese land, located in Mongolia, dumbass.

The actual Scythians in Central Asia were Saka in the kingdom of Khotan in Xinjiang and they were raped and enslaved by xiongnu and Han Chinese.
Anonymous
Quoted By: >>12720174,3 >>12720174,4 >>12720174,5
>>12720135
>>12720167
Qin dynasty General Meng Tian crushed the steppe nomadic Xiongnu confederation and their leader Touman in the first battle between a united Chinese state and a steppe empire.

>In 215 BC, Qin Shi Huang ordered General Meng Tian to set out against the Xiongnu tribes in the Ordos region, and establish a frontier region at the loop of the Yellow River.[1] Believing that the Xiongnu were a possible threat, the emperor launched a preemptive strike against the Xiongnu with the intention to expand his empire.[1]
Anonymous
Quoted By: >>12720174,4 >>12720174,5
>>12720174,2
>>12720135
>>12720167
>Later in the year, Meng Tian succeeded in defeating the Xiongnu, driving them from the Ordos and seizing their homeland.[3] After the catastrophic defeat at the hands of Meng Tian, the Xiongnu leader Touman was forced to flee far north into the Mongolian Plateau.[4] As a result of the northward expansion, the threat that the Qin empire posed to the Xiongnu ultimately led to the reorganization of the many different Xiongnu tribes into a confederacy.[5]

>Meng Tian was instructed to secure the frontier with a line of fortifications, which would become known as the Great Wall of China.[6] Crown Prince Fusu and General Meng Tian were stationed at a garrison in Suide and soon began with the construction of the walled defenses, which would be connected with the old walls from the Qin, Yan, and Zhao states.[7] The Qin walls ran from Liaodong to Lintao, thus enclosing the conquered Ordos region.[3]

The Indo-European Tocharians in the Tarim Basin were conquered by the Chinese Han dynasty.

The Han dynasty Chinese even castrated a Tocharian Prince of the Loulan kingdom when they ruled it.

>In 92 BCE, the king of Loulan died, and his countrymen requested that the king's son be returned to Loulan. However, the Han court had castrated his son

61KiB, 1200x630, ark of the cov.jpg
View SameGoogleImgOpsiqdbSauceNAO
Quoted By: >>12716600 >>12716600,1
Is there any hope of finding lost historical artifacts like pic related?
40 posts and 13 images omitted
Anonymous
Quoted By:
>>12714505
And he began to speak unto them by parables. A certain man planted a vineyard, and set an hedge about it, and digged a place for the winefat, and built a tower, and let it out to husbandmen, and went into a far country. And at the season he sent to the husbandmen a servant, that he might receive from the husbandmen of the fruit of the vineyard. And they caught him, and beat him, and sent him away empty. And again he sent unto them another servant; and at him they cast stones, and wounded him in the head, and sent him away shamefully handled. And again he sent another; and him they killed, and many others; beating some, and killing some. Having yet therefore one son, his wellbeloved, he sent him also last unto them, saying, They will reverence my son. But those husbandmen said among themselves, This is the heir; come, let us kill him, and the inheritance shall be ours. And they took him, and killed him, and cast him out of the vineyard.
Anonymous
Quoted By:
What shall therefore the lord of the vineyard do? he will come and destroy the husbandmen, and will give the vineyard unto others. And have ye not read this scripture; The stone which the builders rejected is become the head of the corner: This was the Lord's doing, and it is marvellous in our eyes?
>>12711705
Yep.
Anonymous
Quoted By:
The visigothic king jewels of Spain were found under soil 1200 years after they were buried (to avoid being sacked by muslims).
They were found in 1900s. Google Tesoro Guarrazar.

As this there are probably lots of hidden gems under soil. archaeologists are constantly finding roman mosaics, visigothic cemeteries, or iberian old villages. EVen Bronze Age tools. If we invested more public money in it we would find lots more.
Anonymous
Quoted By:
>>12710623
If Allah wills
Anonymous
Quoted By:
>>12710623
>Is there any hope of finding lost historical artifacts like pic related?
nope. only golden plates, silver cups & brass spoons are 'round.
Anonymous 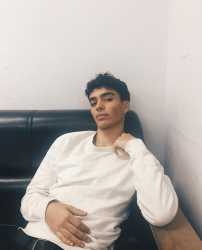 62KiB, 750x925, Younes Kahlaoui.jpg
View SameGoogleImgOpsiqdbSauceNAO
Quoted By: >>12682172
Historically, Muslims have allowed the coexistence of other religious minorities, while Christians have not.

In Al-Andalus and the Ottoman Empire Christianity and Judaism were protected by dhimmi legislation. This social status also included Zoroastrians, Buddhists, Hindus and more religious groups. the only condition to maintain their worship was the jizya tax (and extra tributation). That is the reason why it is Muslim and non-Christian countries that have the largest Sephardic diaspora

https://en.wikipedia.org/wiki/Dhimmi
27 posts and 8 images omitted
Anonymous
Quoted By:
>>12678982
>the exiled writer castigated the Europeans for treating Muslims in a manner that the Muslims had not treated Christians.
Why would muslims ever want to be enslaved?
Anonymous
Quoted By: >>12682172,1
>>12679280
t. Vox voter
Anonymous
Quoted By: >>12682172,1
>>12679280
Why are you capitalizing random letters, asPIe?
Also, remind me how those poor poor Spaniards behaved just 600 years after, both at home and in other people's lands?
Anonymous
View SameGoogleImgOpsiqdbSauceNAO Saudi-Arabia-apartheid-road-sign (...).jpg, 24KiB, 500x383 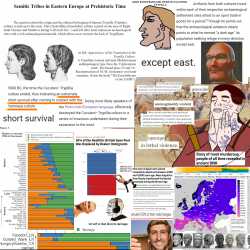 2MiB, 2867x2867, IndoChadopeans.jpg
View SameGoogleImgOpsiqdbSauceNAO
Quoted By:
Why is it that neolithic farmers, a warlike culture that had contacts across the entire European continent, got BTFO so hard by indo-europeans? Literally all over the continent they got BTFO except for Sardinia which was an island the IEs couldnt reach
394 posts and 91 images omitted
Anonymous
Quoted By: >>12681703,2 >>12681703,3
>>12681600
Edited picture. Zero links provided and reverse image search turns up nothing

Chinese dissidents who hate the CCP like Harry Wu attacked the Falun Gong and called them liars over organ harvesting claims. Harry Wu was locked in a labour camp by the CCP for years. He was anti CCP.

Falun Gong is a cult which brainwashes its followers into believing aliens created modern technology to control humans and that it's practioners can levitate, stop living cars with telekenises and cure illnesses with magic powers.
Anonymous
Quoted By:
>>12681600 >>12681703,1
From Falun Gong's own website and western news. >>6323086
desuarchive.org/his/thread/6322788#q6323086

Interview by Harry Wu outside of China.

Uganda is worried about the number of Chinese men marrying their women.

Wrong, liar. You've only been to Taipei in the north which is the most populous today and most people there immigrated after the Dutch in the 18th-20th centuries.

The main base of the Dutch in the 17th century and of the Chinese who took over the Ditch base was in southwestern Taiwan in Taoyuan where Fort Zeelandia and Fort Provintia were and that's where light haired descendants of Dutch women and Chinese men live.
Anonymous 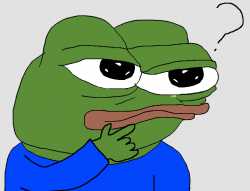 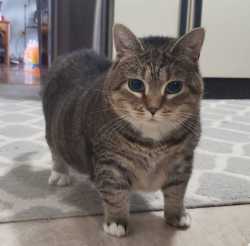 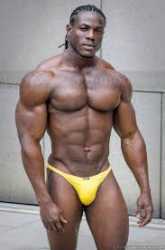 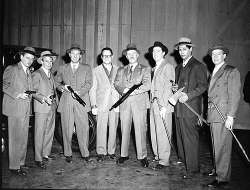 there was just a lot of poverty and certain people had to turn to crime to survive. Powerful families tried to exploit the poverty as well.
Anonymous
Quoted By:
>>1344065