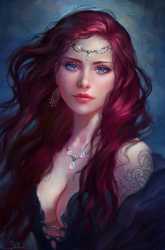 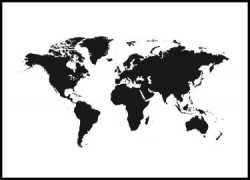 15KiB, 375x270, 153.jpg
View SameGoogleImgOpsiqdbSauceNAO
Quoted By:
Which nation is the protagonist of history
238 posts and 22 images omitted
Anonymous
Quoted By: >>12650125
we're all here speaking English and people are suggesting Italy, Iran and Japan are the protagonists of history.

England gave the world liberalism, capitalism, global commerce, the agricultural revolution, the industrial revolution, modern medicine, processed food, modern sports etc etc even the business suits Xi Jinping wears are of British origin.
Anonymous
Quoted By:
>>12638511
the first post has the right answer but this >>12650022 is the best explanation for it. 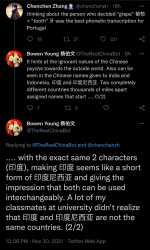 Quoted By:
>>12638267
Dem goddarngosh chinxr takinerjobz r ruininMURICAi tells u wat
>English doesn’t really matter. It’s a slimy, rootless high-context language, and people are disgusted by it for that reason. But, as I said before, if angloids are disgusted and panicked by something China does or is, that proves it’s the right thing to do.
Anonymous
Quoted By:
>>12637932

LOL, the only reason China has an economy is because the West prepped you up by using you as cheap labor
Anonymous
Quoted By: >>12638374,1
>>12638280
I disagree.
For example, the Chinese name for Israel is 以色列, which really means nothing at all, you'd have to shoehorn a meaning.

以 is never used alone, it's like part of a word, depending on what you put after it, the closest translation would be "as" but that doesn't cover it at all.
色 means color. This one can be used alone, though it's more common to be combined with something else.
列 means arrange, as in to arrange something, again it's almost never used on its own.

So this means as colors lined. It means nothing. If you forced a meaning it would be "As the colors are arranged" which still means nothing. The point is it's pronounced Yiselie, which sounds like Israel. The characters mean nothing, when they do it's pure coincidence. Palestine is hope force Slovakia flat. They mean absolutely nothing when used phonetically.
The only ones that have meaning are ones like Japan, which means origin of the sun, and that's just because they called themselves that with the characters.
Anonymous
Quoted By: >>12638374,2
>>12638374
Historically, country names in Chinese were usually used as one character. When the names for Western countries and peoples were first standardized, they followed the ancient pattern: 德國， 美國， 法國，俄國. This was an imitation of the old-age practice. Some countries and peoples had historically also had two-character names, like 高麗/朝鮮， 日本/東洋，etc. but the historical tradition was to use a single character whenever possible, as in ancient times （倭, 越，蜀, 吳, 周,).
Anonymous
Quoted By:
>>12638374,1
The modern practice of making totally phonetic, unwieldy five, six, seven or even eight-character names for foreign countries is just that: modern. Which is why in the early modern period, Chinese tended not to do this when referring to Western countries. Even today when you read Chinese history books, they will tend to use one-character country names even when this practice has mostly fallen out of favour in the modern world. For example, I have a Taiwanese history book in which the Dutch are referred to as 荷人, Portuguese as 葡人, English as 英人, etc.
The Holy Ghost 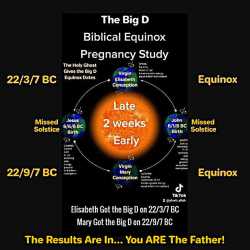 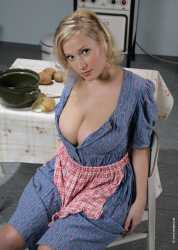 467KiB, 1024x1438, 1528400169452.jpg
View SameGoogleImgOpsiqdbSauceNAO
Quoted By:
When did large breasts become idealized as synonymous with female beauty? Didn't the upper class in the past for example view them as obscene due to association with breastfeeding lots of children? When did this paradigm shift occur?
172 posts and 28 images omitted
Anonymous
Quoted By:
>>12600125
Believe me, the wide focal length of a cellphone camera doesn't really do it justice. And obviously, you cannot see the rear. I'm no chad, but of all the girls I've been with, this girl had the most ridiculous proportions, proper C's, and a really round ass.
Anonymous
Quoted By:
Thread was about big titties now its about race wars. Very cool, you faggots ruin everything.
Anonymous
Quoted By:
>>12604189
sadly because I'm pretty tomboys are fetish person who doesn't actually exist, at least as advertised on Japanese escapism.
This is the most autistic thing I have ever said.
Anonymous
Quoted By:
>>12587302
when normal women in real life cannot make you horny and sex becomes an underwhelming chore.
Anonymous
Quoted By:
>>12589707
What a faggot this Anon is
Anonymous 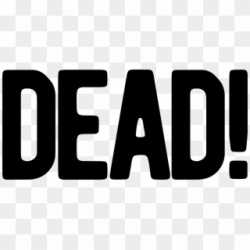 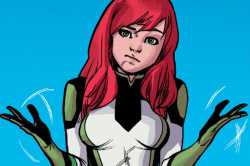 115KiB, 1012x675, du weißt schon.jpg
View SameGoogleImgOpsiqdbSauceNAO
Quoted By: >>12510065
>every important figure, every important invention was all produced or bred by local people
>we have no ties to any foreigners, we are not descended from any badass warrior race conquering the continent
>we are locals, our nobles are just peasants that rose through the ranks
>Spanish Nobles aren't Goths, they are Spaniards, you hear me?
>Anglo-Saxons Nobles are just Celtic Nobility with Celtic Names adopting Anglo-Saxon Culture, nothing foreign about them
>Russia was founded by Slavs, not Vikings, we were always ruled by Russians only 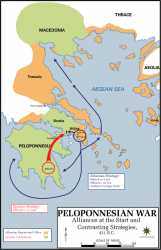 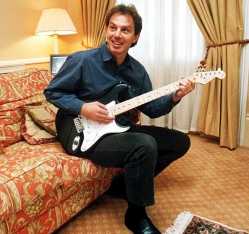 210KiB, 807x757, 9C7794A8-0E8E-4BC5-A390-F7FE395DCB34.jpg
View SameGoogleImgOpsiqdbSauceNAO
Quoted By:
I’ve heard it said by figures such as Christopher Hitchens and Gore Vidal that after WW2, America effectively took over British responsibilities and privileges. They also claim that this was the desire of the British government as they couldn’t afford the empire and were content for America to take over their old colonies because they basically shared a worldview and had the same interests.

I feel like this is a wilful misinterpretation. If you look at the Middle East in particular, the two countries jockeyed for influence as the Brits were desperate to retain hegemony over the Arabs. But is there more to it?
4 posts and 2 images omitted
Anonymous
View SameGoogleImgOpsiqdbSauceNAO Sixteen_Kingdoms_391_AD.jpg, 70KiB, 1090x772

Lying about these kinds of things are only be useful for self contained indian circlejerks but the moment Indians start posting these things to non-Indians the propaganda will fall apart. Many people know about Mongols having Nestorian Christian tribes or can fact check Yao Xing's ethnicity instantly.
*Tanguts


This was the amount of land the ethnic Qiang emperor Yao Xing ruled in Later Qin when he became emperor. only the southern half of Shaanxi province. He had to rescue Kumarajiva from the bigger Later Liang kingdom ruled by the ethnic Di emperor Lü Guang.

The Han Chinese ruled Eastern Jin was the biggest state in China at this time.

https://en.wikipedia.org/wiki/Emperor_Wu_of_Liu_Song#Campaigns_against_Southern_Yan_and_Lu_Xun
The southern Han Chinese Southern Song dynasty defeated the Jurchen army and destroyed the Jurchen navy at the Battle of Caishi in 1161 and Battle of Tangdao in 1161 when the Jurchen tried to conquer Southern China. The Jurchen Prince Zhengjianu in command was drowned with his men as his fleet was destroyed. 120 Southern Song ships and 3,000 southern Han Chinese sailors destroyed 600 Jurchen ships and 70,000 Jurchen sailors

The statistics from the Tumu crisis abd Sui campaigns are from Chinese records. The Oirats did not count jack shit of the enemies losses
Anonymous
View SameGoogleImgOpsiqdbSauceNAO World-Data-Locator-Map-India.jpg, 448KiB, 1600x1532

Quoted By: >>12461902 >>12461902,1
>>12461885
Genghis Khan was fighting for polytheist dharma against "evil Abrahamics" like Muslims when many Mongols and Genghis Khan's relatives were Nestorian Christians. And he claimed Genghis was a dharmic warrior who did not want to invade India because it was Buddha's birthplace.

Genghis Khan committed genocide against the Tanguts who were 100% Buddhists, in the Xi (Western) Xia state. Genghis was Tengrist. He was not Buddhist.

His son in laws were Nestorian Mongols. The entire Naiman, Kerait and Ongud tribes among the Mongols were Nestorians and his sons and daughters married into the royal families of those tribes. Mongol Naiman general Kitbuqa (Kitbugha) Noyan was Nestorian and he led the Mongol conquest of the Middle East in the name of Christianity against the Abbasid caliphate.

In Mandarin itself, it's called Guanhua (official's speech) which is the endonym, it's never called Mandarin. The Portuguese borrowed from the Malays a Sanskrit word for official, Mantri and used it to refer to Guanhua since Guan and Mantri both mean official. 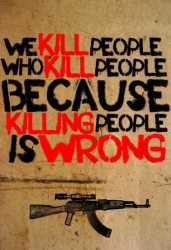 86KiB, 479x700, We kill people who kill people because killing people is wrong.jpg
View SameGoogleImgOpsiqdbSauceNAO
Quoted By: >>12464406 >>12464431 >>12464484 >>12464764
Give me an argument against killing people if I am powerful enough to get away with it.
22 posts and 2 images omitted
Anonymous
Quoted By:
>>12463308
But the number of killers of innocents (what truly matters) decreases
Anonymous
Quoted By:
>>12463245
if you're doing it for a purpose or ideology it'll be undone by people who've been hurt by what you've done to them, you'll always have people seeking to destroy you and everything you stand for. modern people are still pissed off enough to carry out violent acts over things that happened decades, centuries, even millenia ago in some cases