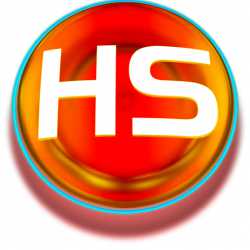 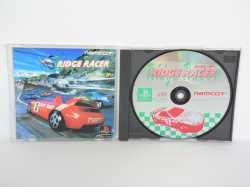 It's a lot of fun to play, I wish Namco had also released it as a standalone game with a budget pricetag.
Anonymous

I saw the first level at a Sam's Club too, with the killer whale and it blew my mind. 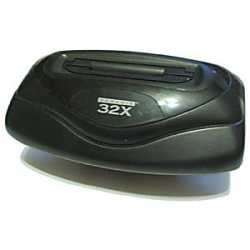 10KiB, 300x300, gen_32x_adapter.jpg
View SameGoogleImgOpsiqdbSauceNAO
Quoted By:
I still can't understand what the fuck Sega was thinking with this thing
>let's make yet another tumor for the clearly already obsolete Genesis that costs over half of what the Saturn costs while being dramatically less powerful, which means we'll also have to divide up our resources supporting two concurrent 5th gen consoles instead of just fully backing one
????????????
244 posts and 8 images omitted
Anonymous
Quoted By:
>>9135465
The Genesis 3 is the best one for cutting out all of the gay add-on support. Also, Majesco were the ones that released it under a license from Sega.
t. Genesis 3 owner
Anonymous
Quoted By:
Genesis delivered 16-bit gaming to perfection. The CD was a great addon as evidenced by stunning games like Final Fight CD.
Anonymous
Quoted By:
bump
Anonymous
Quoted By:
>>9132325
The 32X port is only 30fps compared to the 60fps arcade version
Anonymous
Quoted By:
>>9142205
It can do more then that.
Anonymous 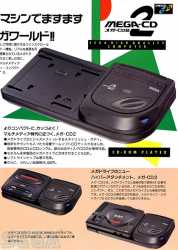 128KiB, 550x770, HAA2912shots.jpg
View SameGoogleImgOpsiqdbSauceNAO
Quoted By: >>9152041 >>9152846
It should have been a lot better than what we got but, ultimately I still enjoy the Mega CD.
What's your favourite game on the system
53 posts and 7 images omitted
Anonymous
View SameGoogleImgOpsiqdbSauceNAO Peace_will_not_be_found.jpg, 862KiB, 2592x1944 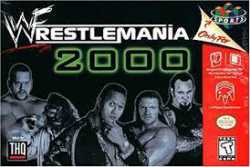 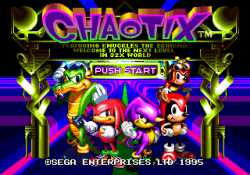 18KiB, 320x224, CB341E3F-BDB6-4BA5-B4D1-878AA20C3B74.png
View SameGoogleImgOpsiqdbSauceNAO
Quoted By: >>9215703 >>9215703,1 >>9216520 >>9216631
It has some big problems and is a 6.5 out of 10 at most, but I still think it’s worth playing.
2 posts and 1 image omitted
Anonymous
Quoted By:
>>9215637
Forgot to add, an MSU-MD mod of this game would be fantastic if possible. Like the Saturn Sonic game we never got
Anonymous
Quoted By:
>>9215627
gameplay is too gimmicky. loved the artstyle and music as always thought
Anonymous
Quoted By:
>>9215627
Sonic fans tend to exaggerate things one direction or the other, this game's just got problems, it's by no means irredeemable. It's development was kind of a disaster too so I can't be too hard on it, it was rushed from a genesis tech demo to a full fledged game on new hardware in no time at all. You can track how little of the game they had finished nearing release by looking at the prototype dumps, it has barely any badniks because there weren't any added period until very late.
Anonymous
Quoted By:
>>9215627
I like it. It's not the best Sonic game, but it's also not the worst Sonic game either. The people who hate on it are exaggerating.
Anonymous
Quoted By:
>>9215627
Whats up with Chaotix and CD having the shittiest level design? I know it was rushed but they only have like 5 levels how did they fuck up the level design that bad? Its like the designers purposely haphazardly placed springs and random shit everywhere just to make the levels as frustrating as possible while your trying to battle the shitty gimmicky control mechanics like time travel and clacker rubber band physics.
Anonymous 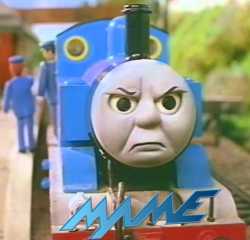 280KiB, 1422x1368, mame train.jpg
View SameGoogleImgOpsiqdbSauceNAO
Quoted By:
>LOVE ARCADE GAMES
>HATE MAME
141 posts and 14 images omitted
Anonymous
Quoted By: >>9247225 >>9247387 >>9248363
>MAME is 25 years old
>still not finished, never will be
open source projects are the fucking worst, paypig this shit and at least it will be fixed
Anonymous
Quoted By:
>>9247206
Mate, it’s not one system
How would it ever be “finished”
Anonymous
Quoted By:
>>9247206
Open source is irrelevant. There are others that decide to Patreon-up the process, but MAMEdevs refuse to coordinate any paypiggy attempts.
https://www.patreon.com/cuavas
>4 patrons
Anonymous
Quoted By: >>9248363
>>9246139
>Aaron steps down
>this is alluded to a long time in advance
>finally happens
>oh shit what do we do now
>guys I figured it out
>lets put Kale in charge
>commits are still rolling in
>project is as busy as ever
>it's been a few months
>we're about due for a new release
>so uh Kale, when are we actually getting a new release?
>Kale?
>we're a bit overdue now
>Kale it's been three months wtf are you doing?
>new release
>oh great I was getting worried
>four months later
>uh Kale, we're well overdue for a new release
>it's supposed to be every 1-2 months max
>it's approaching 5
>Kale hurry the fuck up
>stop playing gals panic and upload the release binary already
>threads keep popping up asking wtf is going with mame
>this cycle goes on for almost two years until micko seizes the reins
Nothing really bad happened in that time but it seemed like complete chaos if you weren't following too closely.
Anonymous
Quoted By:
>>9247206
Bitch, would you have honestly been happy with MAME being finished back when they viewed the CPS systems as being impossible?

>>9247603
It's even funnier when you realize the reason Aaron took over in the first place is because Haywood wasn't doing the fucking job on a regular basis and Aaron was already being forced to cover for Haywood and decided he might as well take the credit if he was going to be doing the job.
Anonymous

SO YOU WANT TO PLAY SOME FUCKING DOOM
(or Quake, Duke, Marathon, Thief, Deus Ex)
https://imgur.com/a/wWS8zXz 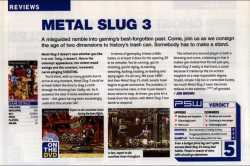 64KiB, 720x479, 1655066103997[1].jpg
View SameGoogleImgOpsiqdbSauceNAO
Quoted By:
ITT reviews that just are off base, or hit a game that was later seen as great.
287 posts and 37 images omitted
Anonymous
Quoted By:
>>9024280
Not really in line with what the comic is saying. Its saying that shill reviews were popular in the 90s, angry reviews inspired by AVGN were popular in the 00, and wokeshit was everywhere in the 10s (and still going on).
Condemnation of a trend (that is objectively factual) isn't in line with that.
Anonymous
Quoted By:
>>9007247
>console port that lets you restart at the beginning of each mission after you die upon beating the prior level
That's the Xbox version, the PS2 version being reviewed is just a straight up port.
Anonymous
Quoted By: >>9024603
>>9009840
I remember Hyper magazine giving 2D games good scores back. I think people that played a lot arcade games the novelty of 3d had worn off by then so were able to give 2D games a shot but for some people the ps1 was their first look at 3D so 2D just looked old in comparison for the next 2 years.
If you have been played 2D games since 1985 even wolf 3d seems real good even if it is pretty bad really after the first level.

I remember official N64 magazine giving Buck Bumple a bad score saying the frame rate was terrible and its blurry. I played it recently for a laugh and it runs pretty smooth. has a huge draw distance and the shooting is the same as starfox 64. I think its one of the top games on the system.

>>9004124
Golden eye has the same controls anyway if you change them which most people did back then.
Anonymous
Quoted By:
>>9024595
>saying the frame rate was terrible and its blurry.

but the frame rate is crap, the draw distance is a joke, and it's blurry. It's Buck Bumble in the land of Fog.
Anonymous
Quoted By:
>>9009091
Sorry but I don’t see how they’re so bad. It also doesn’t change that the 2D ones were crappy anyway. Snobs.
×