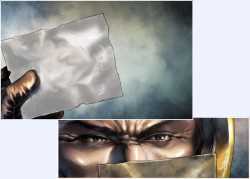 53KiB, 640x629, sd.jpg
View SameGoogleImgOpsiqdbSauceNAO
Quoted By:
Hey guys, how about this for a game?

I've come into ownership of a copy (didn't buy it), but much to my horror it only runs on 32 bit computers. It's a sex game from 1995, so what can you expect? Trailer: http://www.youtube.com/watch?v=cLpkxgsONWI

Anyways, I can't play it, so I decided to put all the files into a .rar for you guys, check it:
https://mega.co.nz/#!M1NwXKgb!cMI0xCirnRFt9EYC7zrBBS_XcCgtLl37A3S1faIdBn4
15 posts and 1 image omitted
Anonymous
Quoted By:
seems interesting will check it out.
Anonymous
Quoted By:
i was into Midnight Stranger...

139KiB, 628x238, 1455265287040.png
View SameGoogleImgOpsiqdbSauceNAO
Quoted By:
Which older games do you think would have benefited most from modern technology/visuals? For example, compare the original 1997 Final Fantasy VII to the upcoming remake.

Conversely, do you think there are any newer games that would have been better games if made for older platforms? I think it's interesting to think about how today's games would have turned out were they developed and released during previous generations.
17 posts and 6 images omitted
Anonymous
Quoted By: >>3551035
>>3550384
The iPhone version could do with better contrast but otherwise I think it looks nicer.
Anonymous
Quoted By:
>>3550410
Meh, personally I prefer the look of ultra sharp pixels for 2D games(hence why the N64 pisses me off so much) as opposed to the blurrier anti-aliased look of the remake but I understand that it's a matter of personal opinion
Anonymous
Quoted By:
prerendered shit like donkey kong country could be in 2.5d and use the original models
Anonymous
Quoted By:
>>3550384
>(seriously, who the fuck though the secondary horizontal blur was a good idea)

>resorts to meeming
that was meant as lighthearted post, lighten up you're experience will be better that way 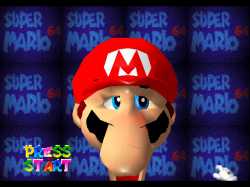 73KiB, 640x480, NINTENDO64--Super%20Mario%2064%20Beta_Oct20%2013_42_06[1].jpg
View SameGoogleImgOpsiqdbSauceNAO
Quoted By:
Why do people say this game is unsettling?
120 posts and 18 images omitted
Anonymous
Quoted By:
>>3574305
Guys he doesn't actually believe this he's just trolling for attention and a response. Ignore.
Anonymous
Quoted By:
>>3567853
>In Super mario 64 and Mario Kart 64 they were still quite bearable because they were discreet
You are honestly being wayyyy too nostalgic. And I say that as someone who's favorite 3D mario is 64.
Anonymous
Quoted By:
>>3568128
>You come from Mario World, a big adventure with world map, many secret stuff, many foes; to Mario 64, a game where you only stay in one castle, with a limited amount of foes and even characters
I don't know where you're coming from by saying this, SM64 has pretty much the same level of enemy variety and it also has more NPCs than SMW (which didn't really have any unless you count Yoshi.) There are a lot of secrets too and the castle is pretty much the same thing as the world map, only in a different format.
Anonymous
Quoted By:
>>3574550
>Your average consumer desktop PC in 1997, assuming they were brand new, would have been a Pentium MMX 166 with no 3D accelerator

PC gaming in 1997 barely used any 3D outside of FPS. This was the year where RTS crushed FPS in sales and the top selling games had no use for 3D.

The 3D performance enthusiast gamers were a minority within a minority. Most Quake II players did not have the higher end Voodoo cards.

Most PC gamers played potato quake with shit entry level graphics cards and spent more time playing RTS
Anonymous
Quoted By:
>>3574204
its possible to activate the boo that leads you to the back garden from the jolly roger bay room, tho i cant remember specifics
Anonymous 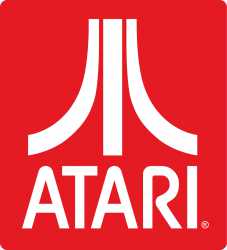 http://archive.fo/oCDIr
28 posts and 2 images omitted
Anonymous
Quoted By:
>>4558605
What did he eat to make him take such a massive shit?

What was the consistency? Was it solid or runny?

Did he use VIPoo or any other sort of air freshener?
babbage's gramps !RATGzMALLY
Quoted By: >>4558769
>>4558726
I spent five minutes not only finding a suitable image but finding a the version of it most free of non-integer scaling and jpeg artifacts. I'm acutely aware that under clinical scrutiny, I would fall somewhere on the autism spectrum. However, through intense lifelong study I am more than capable of deciphering social subtleties at a very high level and even conveying them in real time with the right amount of intoxication. The subtext of his statement is clear as a bell, although he would deny it if pressed. That's how it works. Plausible deniability.
Anonymous
Quoted By: >>4558780
>>4558751
>The subtext of his statement is clear as a bell

No, your guess is possible, but you don't know if it's true.

You have no idea how he feels about being publicly slandered.
babbage's gramps !RATGzMALLY
View SameGoogleImgOpsiqdbSauceNAO christianx42_sword_of_ultimate_s (...).jpg, 38KiB, 440x440

Quoted By:
>>4558769
You're right. I don't know how he feels, only how he's saying he feels but a man who has on his wall the head of Jack Tramiel he personally severed with The Sword of Ultimate Sorcery probably doesn't care too much about a 64x128 bug to put on his linkedin page. If I were him, I'd vastly prefer for my wikipedia article to reflect that I WOULD have won the award had I not done so much blow and fucked so many bitches.
Anonymous
Quoted By:
>>4558698
>>4558718
Conservatism is a deathcult.
Anonymous

502KiB, 1830x1040, crashdarksouls.jpg
View SameGoogleImgOpsiqdbSauceNAO
Quoted By:
So now Crash Bandicoot is the new Sonic. What's with newfags not being able to beat the easiest games of the past and cry incessantly as if it was the games' fault? what will be the next "_____ was never good"?
310 posts and 29 images omitted
Anonymous
Quoted By:
>>4093194
It's literally Legend of Zelda as a roguelike.
Anonymous
Quoted By:
>>4090524
Crash does not have "bad" controls, it controls absolutely fine. Stop using the Analog stick for it and you're golden.

I've always found it funny how Donkey Kong Country gets praised out the ass for having asspull platforming, but I see the same Nintendo babies try and act like Crash isn't the exact same shit, only occasionally you move on more than one plane at the same time. It's a 2D game most of the damn time.

Also, it's not the Dark Souls of <x> because the games predate Dark Souls by quite a big margin.
Anonymous
Quoted By:
>>4090668
>I have literally never in my life seen a girl who's good at video games

Now that you mention it, me neither. I've never seen a female compete at EVO. Maybe there's some in the lower pools, but they never make it to the finals afaik.
Anonymous
Quoted By:
>>4093096
Stick to Animal Crossing, Stacy.
Anonymous
Quoted By:
Literally beat cringeshitters to death on sight. They are not human.
Anonymous 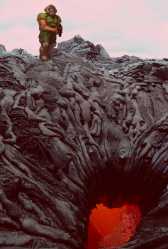 Quoted By:
>>4076839
Well, revisiting Trailblazer at you mentioning it had me discover the machete can go through walls.
Anonymous
Quoted By:
New thread.

/v/'s drawthread booru is pretty good for finding something to start the OP with.
Anonymous
View SameGoogleImgOpsiqdbSauceNAO file.png, 401KiB, 1920x1080

Quoted By:
I'm trying to open Sunlust with GZDoombuilder 2 (latest version) and get weird errors and a freeze/crash.

I open it up as Boom format, with sunlust.wad as additional esource. Meanwhile all other wads like Ancient Aliens, Temple of the Lizard Men etc. open completely fine and quick.

I tried opening it up as different formats, but every time get the same - a message box that freezes up, and eventually crashes.
Anonymous 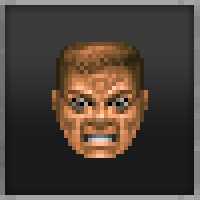 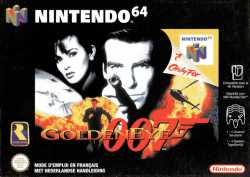 Instead of being a negative douche, how about being constructive with your stupid opinions and bad taste
Anonymous
View SameGoogleImgOpsiqdbSauceNAO you are a moron.png, 9KiB, 645x159

Quoted By:
>>3993259
This is the same nonsense argument that people use to not like old movies.

>It's not that it is B&W, it's um, the simplistic camera directing!

>>3993280
It's become a garbage meme that people use in place of an actual argument.