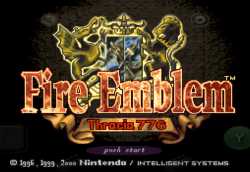 Quoted By:
Chapter 14 is pretty good for leveling Mareeta up.
Anonymous
Quoted By:
>>5632068
>It's disrespectful to the developers of the game
Massively based. Fire Emblem is utter dogshit, fuck the subhumans who came up with this series.
Anonymous 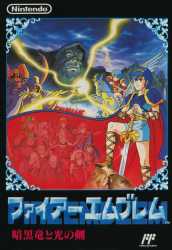 107KiB, 640x928, ファイアーエムブレム 暗黒竜と光の剣.jpg
View SameGoogleImgOpsiqdbSauceNAO
Quoted By:
How do I get into the Fire Emblem series? I don't know where to begin. It seems like there's a lot to unpack. All the early games are exclusively in Japanese (not counting the remakes), do translation patches exist?
49 posts and 3 images omitted
Anonymous
Quoted By: >>6056958
>>6056682
I only played it up to chapter 6 but the character interactions had "I'm walking in OH NO YOU'RE NAKED AAAAAH" shit in. It's waifu weebshit and it's hundred times worse than anything SNES era does.
Anonymous
Quoted By: >>6057542
>>6056815
>but the character interactions had "I'm walking in OH NO YOU'RE NAKED AAAAAH" shit
Which chapter was this in? Who where the characters involved? Pretty sure you're just making things up.
Anonymous
Quoted By: >>6058784
>>6056958
Not him, but the exact scenario happens twice in Chrom and Female Robin's support conversations. They literally bond over seeing each other naked. FE games always had anime elements, but the level of anime bullshit in the newer entries is incomparable to older titles, especially the SNES games.
Anonymous
Quoted By:
>>6057542
Wouldn't know, I've never played female Robin. The marriage proposals between male Robin and his spouse are the only time I can remember the tone departing from typical FE to melodramatic dating sim. All other character interactions are typical FE fare, except maybe the housewife-insert that is Sumia.. Actually makes sense why they would steer in that direction for the ostensible self-insert, even though it was definitely a bad idea which ensured the narrative would be stilted and awkward. The characters themselves were really well executed, but the storytelling was often downright amateurish. Trying to center a story around a blank slate character is always going to make the whole thing seem forced and corny.
Anonymous
Quoted By:
>>6056063
>not waste an hour and a half to redo a mission every time you make a mistake
Oh the horror
Anonymous 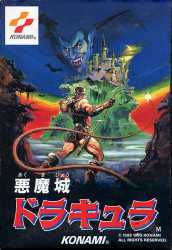 108KiB, 449x649, castlevaniafambig.jpg
View SameGoogleImgOpsiqdbSauceNAO
Quoted By:
What are people with the last name Belmont doing in Transylvania in the year 1691?
44 posts and 4 images omitted
Anonymous
Quoted By:
>>6091489
I'm gifting you some gold, predictable fp-er!
Anonymous
Quoted By: >>6100882,1
>>6097619
Realistically the piracy would have been done in a similar fashion to what the Vikings did as their ships were small enough to run up rivers.
Anonymous
Quoted By:
>>6095220
I can ennjoy it as an alternative universe (is not like Castlevania is foreign to them), it's just the second season is so boring, Hector is a bitch, Carmila is a "i'm the best, vow to me' without being fun, Isaac is insipid, the other generals are generic, and hell, even Godbrand was bad, but he tried
Anonymous
View SameGoogleImgOpsiqdbSauceNAO CastlevaniaTimeline.jpg, 3MiB, 2976x5752

Quoted By:
Here's an old timeline that was on /v/, it's misplaced Getsu Fumaden at the beginning when it should be the far future.
Anonymous
Quoted By:
>>6097767
Thanks
>>6097740
Cringe
Anonymous 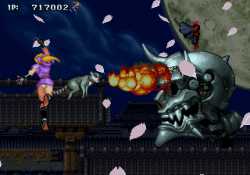 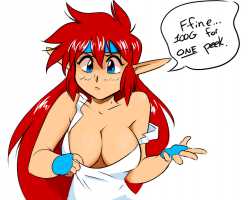 13KiB, 300x168, kirby_crystal.jpg
View SameGoogleImgOpsiqdbSauceNAO
Quoted By: >>5971369 >>5971369,1
Bad / Mediocre Games with SOUL
64 posts and 14 images omitted
Anonymous
Quoted By:
>>5970234
Triple Deluxe was pretty decent and a solid game but god damn, Robobot was incredible and dethroned Super Star as my favorite Kirby despite having tons of nostalgia for it. Star Allies was a letdown like that other anon noted though.

To keep this post /vr/ related, I'll also note that Kirby used to be more hit and miss, with the Sakurai directed games (Which is the direction spirit they've kept in recent times) being way better than the other offerings. The spinoffs have always somehow been consistently good however.
Anonymous
Quoted By:
>>5963847
It’s like he’s starting directly into my soul. “Buy Dr. Pepper. Do it.” Lord, its unsettling.
Anonymous
Quoted By:
>>5970251
>"easy" or "simple" does not mean "bad."

Either way, an easy game is a game that doesn't reach a high level of execution on it's gameplay nor does shows a good understanding of the mechanics, and that makes it bad. A bad game can have awesome music, awesome art, awesome presentation, but if the gameplay is bland, the game is bad.

Now, a simple game can be a game like SSB Melee which it's an easy to play game but the core gameplay can get really deep when a competent player grabs the controller. TF2 also comes to mind.
Anonymous
View SameGoogleImgOpsiqdbSauceNAO Kirby eliminates traitors to Dre (...).jpg, 1MiB, 2601x1829 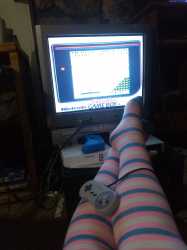 Quoted By:
Y'all think you're being edgy but you're really not

Sevenleaf is one of the most legit retro gamers on this board, one of the few to demonstrate any knowledge of DOS gaming Dopefish lives
Anonymous
Quoted By:
>>5920107
What a coinkydink, the blatant shitposting thread finally gets removed after that accusation.
Funny that the jannie would go into this shithole thread, delete NSFW images and what not, but not uh, like, delete it for the cancer that it is.
Anonymous 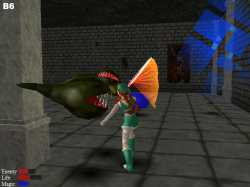 368KiB, 640x480, midgard-04.png
View SameGoogleImgOpsiqdbSauceNAO
Quoted By:
This one's a Korean game from 1998 for PC.
Here's the only record of it ever existing, would be surprised to find anyone with a copy: http://www.hardcoregaming101.net/kusoge/kusoge-midgard.htm
20 posts and 5 images omitted
Anonymous
Quoted By:
>>3593779
That should be just fine, anything less than Windows 8 should be good really.

Just try and mount the .iso (from >>3590058)
and run the installer, then upload the installed files (I think it's portable).

Cheers anon!
Anonymous
Quoted By:
>>3591479
Everything I see about this game makes me want to fucking play it more. Keep up the good fight.
Anonymous
Quoted By:
Have you guys tried extracting the installer? Supposedly, this is a solution for certain games with 16-bit installers, I don't know how that shit works, but look it up.
Anonymous
Quoted By:
Any more success installing?
betonlineGG
Quoted By:
Casino viel geld verdienen https://familiasyretratos.com/2019/09/20/hello-world/?unapproved=2&moderation-hash=538aa6d393ab4f2a06ca9f236b21e294#comment-2 Freunde der freispiele .
Anonymous 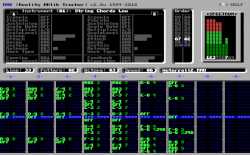 351KiB, 1536x954, reality.jpg
View SameGoogleImgOpsiqdbSauceNAO
Quoted By: >>5868360
So I was just writing some music, and I think I accidentally wrote something that has already been made. I can't put my finger on it, but it sounds insanely familiar, pretty sure its from a video game. Does anyone recognize what this sounds like? 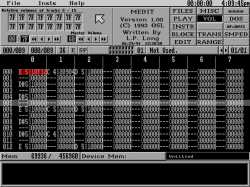 5KiB, 640x480, Player_-_MEdit.png
View SameGoogleImgOpsiqdbSauceNAO
Quoted By: >>5879820
Why didn't SNES composers in general use trackers, but some tedious music macro languages or midi converters? Some companies like Ocean had a in-house developed tracker, but as I understand it wasn't that common. Kinda difficult to understand why.
44 posts and 2 images omitted
Anonymous
Quoted By:
>>5877770
>Yuzo Koshiro tweeted something about having to rent some expensive Unix workstation from back when he was working on ActRaiser's soundtrack.
yes, it's true. see: >>5879730
Anonymous
Quoted By: >>5880215
>>5870173
Everyone did whatever worked for them. Often the person doing the music was also a programmer so making a fancy GUI interface was not worth their time.
If you were a bigger studio paying for professional musicians, generally you took what they gave you and you had to pay a technical musician to translate or convert their work to whatever your inhouse driver worked with.
I'm sure some studios did make GUIs to try and cut down on the work needed to let non-technical musicians do the scores.
If you mean, why didn't they use existing trackers? Well the file formats were badly documented so no 2 players ever sounded the same, they are usually extremely Amiga specific, and if not they were really hard on the CPU, so the 1MHz 6502 equivalent in the SNES was never going to manage.
Anonymous
View SameGoogleImgOpsiqdbSauceNAO 2019-09-13-205116_993x153_scrot.png, 34KiB, 993x153

Quoted By:
Anonymous
Quoted By:
>>5879820
there's nothing particularly hard on the CPU about tracked music
doing sample playback in software is certainly intensive, but the SNES and the Amiga both have sample hardware
the rest of the points are valid, though
×