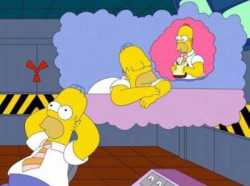 Quoted By:
Usually games from snk have interesting mechanics that takes some time to master. Last Blade is a good example. Samurai Shodown is a series that worth giving a try.
Anonymous
Quoted By:
KOF. The problem though is that a lot of them aren't very well balanced.
Anonymous
View SameGoogleImgOpsiqdbSauceNAO 1517166444930.png, 4KiB, 216x216

Quoted By: >>5278149
Anonymous
Quoted By:
>>5278146
So technical it takes years of training to even hit your opponent.
Anonymous
Quoted By:
To my mind it is Fighting Fever. I play it often from time to time. This game has good graphics and storyline. But few days ago I won something cool here https://drakemall.com/boxes/ultraviolet-case . It is famous Playstation pro 4. I played in mystery box where everyone can get some cool things.
Anonymous

Yeah, I definitely remember that. The only way to get third party software and games was through mail order magazines like "The Rainbow" which was a dedicated to just the Color Computer.
Anonymous
Quoted By:
>>5269895
>and retail outlets did not stock TRS-80 software

Since they did not sell the computers themselves and were unmotivated to support a rival retail chain.
Anonymous
Quoted By: >>5274005
The CoCo line was the closest US equivalent to the ZX Spectrum, or at least the one that lasted the longest.
Anonymous
Quoted By:
>>5272314
You're like that one full of shit kid who raved about his dads trash 80 (kiddo version) in 1980. Are you his son? Grandson?
tim the tool man taylor

James, in real life, actually knows very little about video games. It's actually Mike Matei that plays and ghostwrites most of the AVGN material. This becomes very obvious if you watch the "James & Mike Mondays" let's play videos, the possibly most boring unfunny let's-play videos on youtube. Obviously Mike Matei isn't that funny or knowledgeable about games himself, but at least he actually still plays games. James is clueless when it comes to anything outside of a handful of surface Atari & NES games that everyone has played anyway
James is in such an awkward position: all he cares about is making awful movies, but the only creation of his that had any success is a video game nerd character who got a bunch of fans from the retro-gamer crowd, and now James is forced to work his ass off catering to them for a living. You can tell that video games were never really a big thing in his life outside of early childhood; James is basically being forced to live up to a role that just isn't really him. And now that he went and had a handicapped kid with his mediocre wife, he has no choice but to continue being a fraud and milking his fanbase for all their worth, in order to support his kid and his wife who will eventually divorce him and take all his money that he made from his undeserved e-fame.
22 posts and 2 images omitted
Anonymous
Quoted By:
>>3022262
Not retro. Try /vg/ or /soc/.
Anonymous
Quoted By:
>>3022408
>young

except he is obviously well into his 30s and still acts like a kid. He has wrinkles all over his face. The only thing "boyish" is his immature attitude and his feminine voice (not to mention his annoying jersey accent) 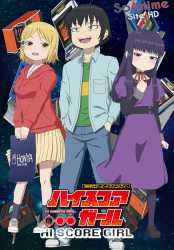 OUR WADS
http://pastebin.com/5sKRiJzS
http://pastebin.com/aiEgdB3K
563 posts and 110 images omitted
Anonymous
Quoted By:
>>4799421
Dude, the maintenance level had a very nerve wracking theme and even more nerve wracking enemies. So they're not all wrong.
Anonymous
Quoted By:
>>4799797
Mods? Dunno. Not many gameplay mods for these games. Brutal Heretic is a thing, as is Wrath of Cronos, but they are not essential.
Caldera map pack for Hexen looks pretty cool, though, even if it's a bit incoherent. If you like big maps, being forced to use artifacts, and missing important switch buttons , then Curse of the Gods is good. Maps are very beautiful there.
Anonymous
Quoted By:
New thread in time for Screenshot Saturday 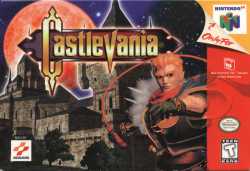 76KiB, 640x440, cv64.jpg
View SameGoogleImgOpsiqdbSauceNAO
Quoted By: >>4790107
Why does this game get so much flack? It's so much more enjoyable than Symphony of the Night and some of the 2D Classicvanias.
144 posts and 16 images omitted
Anonymous
Quoted By: >>4790129
>>4765384
I don't know myself. I remember the opinion that it was shit was in the air in my country and this was before most people and my own family even had regular access to the Internet because of its cost. My older brother was even cautious about renting it.

But I quite like C64. I have fond memories of it from that time my family rented it. There were frustrating outliers like some platforming areas you'd have to restart entirely because you missed a difficult jump right before the end of the section (I specifically remember the Clock Tower and what might have been the first tower you had to climb before reaching the mansion). The Nitro section was also tedious (as whip-man anyway).

I picked up Legacy of Darkness for cheap years later and had an even better time, even though I still don't know what was changed between the two versions outside of the most obvious changes, and I haven't played the original since my first time to be able to compare and contrast.

The music and atmosphere is fantastic.

And it is more enjoyable to play than SotN, the latter of which is just not a very fun game to play overall, even though I do like it very much.
Anonymous
Quoted By:
>>4790107
>There were frustrating outliers like some platforming areas you'd have to restart entirely because you missed a difficult jump
It isn't bad to have to repeat sections you failed at.
>I specifically remember the Clock Tower and what might have been the first tower you had to climb before reaching the mansion
There are three save points in the clock tower, each section is very short. If you're referring to castle wall, that level has two sections. You can save in between them. Castlevania 64 was very generous with save points. It even had the foresight to do away with lives, which were so clearly pointless.
Anonymous
Quoted By: >>4790218
>>4790061
The new level designs and exclusive levels in LoD are shit (except for Duel Tower being better and the ship at the start). Stick with CV64.
Anonymous
Quoted By:
>>4790180
>except for Duel Tower being better
I really don't think it is.
Anonymous
Quoted By:
I like both SOTN and CV64. But 64 felt more like a proper Castlevania. Probably it's the fact that I can play the game as a whip user.
Anonymous 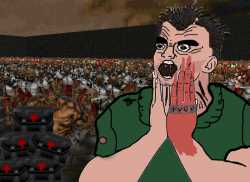 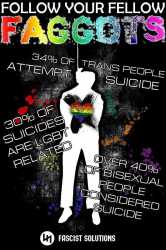 128KiB, 600x900, main-qimg-5d2cfd2ff99e3d50ff089bd40cdd2ff4-c.jpg
View SameGoogleImgOpsiqdbSauceNAO
Quoted By:
You are a scourge to /vr/. You are a male that uses the name "princess". You are a transexual that is so ugly, using the word "trap" would be inappropriate. You bring sexual identity politics to /vr/, which detracts from topic discussion. You are mentally I'll, and would be in good company with Chris Chan. I'm not opposed to you staying here, but for fucks sake, stop using a trip.

Babbages Gramps, you are also a faggot. So are you, NESFag. But at least you acknowledge it in your trip.

In closing, please stop with your bullshit, Sevenleaf. Please either leave, or stop bringing attention to your cock ducking faggotry. I just want to talk about retro vidya.
11 posts and 3 images omitted
Anonymous
Quoted By:
>>4758814
It posted a pic of itself on another board. It's fucking Chris-Chan tier. It was pretty obvious that it was a mentally ill man, not a female. Looking for the picture now...
Anonymous
Quoted By:
>>4758810
that is there tripcode password you fucking newfag
Anonymous
Quoted By:
>GOD I HATE THESE ANNOYING FAGGOTS
>IF ONLY THERE WAS A WAY I COULD
>FILTER
>THEM SO I WOULDN'T HAVE TO SEE THEIR FUCKING POSTS
>how can i get rid of them...
>I know! I'll make a big thread SPECIALLY for them!
OP is a bigger faggot than anyone else on /vr/ rn
Anonymous
Quoted By:
Wow, haven't seen a thread calling out a specific username in a long time. Did I get warped back to GameFAQs? Is it the 2000s again?

Starting with the complete eradication of /pol/faggots like you.
×