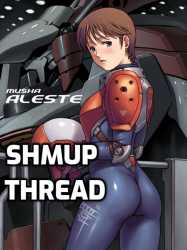 264KiB, 1665x685, City Connection.jpg
View SameGoogleImgOpsiqdbSauceNAO
Quoted By:
Does anyone know how many versions of City Connection were released in Japan?

I got a list of several dumps and some have the Statue of Liberty, Eiffel Tower, and Mt. Fuji in them, while others do not. The ones that do are mostly listed [b:lit] or [h] which from what I can tell means "bad dump" or "hack". The ones just named (J) or (Japan) like it's the official release do not have the statue, tower, or mountain. But then if you watch the Japanese TV commercial it plainly shows the Statue of Liberty in stage 1

Does anyone know what's going on here, and which versions are the official Japanese releases? Or better yet, why are there two versions to begin with? Both seem to be credited for 1985.
4 posts and 1 image omitted
Anonymous
Quoted By: >>8144791
>>8143460
Ok that's interesting, I hadn't thought of that. So the solution would just be try different emus? I'm just running them in retroarch but will try some others today and see if that makes a difference, thanks.
Anonymous
Quoted By: >>8144891
>>8144705
Yes. I just checked, and the same Japanese City Connection ROM (from GoodNes or No-Intro, I can't remember) has the Statue of Liberty in Mesen, but doesn't in Nestopia. So yeah, I think no single emulator is perfect, and cycle emulation doesn't mean shit if the specific boards aren't supported well. The fact that it affects mostly Jaleco games is very curious.
Anonymous
View SameGoogleImgOpsiqdbSauceNAO City Connection (Japan)-210916-1 (...).png, 16KiB, 1317x1080

Quoted By: >>8144932
>>8144791
I just checked, yeah I was using the Nestopia core. I got Mesen and tried it and got the statue immediately as well. I played through to stage 4 and the Eiffel Tower and lake are appearing correctly too. Thanks so much, this was driving me crazy for months and I had no idea the emu was messing it up since I never encountered this specific type of issue before.
Anonymous
Quoted By: >>8144932,1
>>8144891
The first time I played this was on some GBA multicart that had a NES emu installed with 99 games, and I think the backgrounds were screwed there as well, so I'm used to a decade and a half of broken emulation of this game. In the meantime I checked puNES and FCEUX and none of them is perfect for these three games I mentioned. Mesen, puNES and FCEUX all work fine with City Connection but totally screw up Exerion. The reverse is true for Nestopia, and no emulator renders Ninja-kun backgrounds correctly.
Just when you think we might have gotten emulating one platform completely right, things like that emerge.
Anonymous
Quoted By:
>>8144932
Just open an issue to the authors of the emulators. If there is a bug they could fix it.
https://github.com/punesemu/puNES
https://github.com/TASVideos/fceux
Anonymous 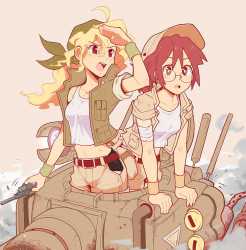 149KiB, 728x738, metal-slug-fio-germi-eri-kasamoto-tank-wallpaper-preview.jpg
View SameGoogleImgOpsiqdbSauceNAO
Quoted By: >>8139787 >>8140238
i beat Metal Slug without dying but dad says it doesn't count cause I used auto-fire
54 posts and 20 images omitted
Anonymous
Quoted By:
Id like to see 8 offer a 4 player option if they can balance it properly since you always see all 4 main characters together in art work.
Anonymous
Quoted By:
>>8136605
I'm Australian you actual Amerishit yellow fever incel
You will never the Japanese. You will always be a seppo
Anonymous
Quoted By: >>8139794
>>8132402
your dad shags your mum so we know he has bad judgement, opinion discarded.
Anonymous
View SameGoogleImgOpsiqdbSauceNAO exhausted-sleepy-male-yawning-fa (...).jpg, 127KiB, 1600x1156

Quoted By:
>>8139787
brit *"humor"*
Anonymous
Quoted By:
>>8132402
only stupid people don't use autofire and in MS1 it barely helps with anything since you're probably in the tank more than half the game anyway
Anonymous 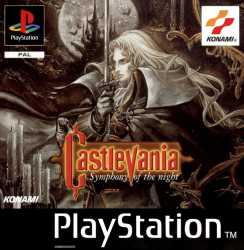 136KiB, 796x815, Castlevania_sotn_pal.jpg
View SameGoogleImgOpsiqdbSauceNAO
Quoted By: >>8139704
Why is so controversial to admit this game is good?

>but is easy
try to play without equipping any armor and having the weakest weapons in the game, is a totally diferent game, and quite hard.
136 posts and 14 images omitted
Anonymous
View SameGoogleImgOpsiqdbSauceNAO 1619536678423.jpg, 64KiB, 492x503

Quoted By:
I find it strange that most of the enemies die in one hit almost from the start in this game. Its one of the main things that I don't like. Those rooms in the colosseum (i think?) full of enemies in a tight space two of them being on horseback are the only times enemies brought me close to death and it was only through cheap shit like that. But I also learned on a whim that theres weird button combos like O and square at the same time with the shield rod and a shield equiped so maybe combat has more variety than I'm assuming because it doesn't feel all that great to fight stuff in this game.
Anonymous
Quoted By:
>>8126710
>Why is so controversial to admit this game is good?
Because there's no sense of direction with the level design. The game focuses more on going back and forth collecting junk rather than have you take on a dungeon full of creatures from hell.

>try to play without equipping any armor and having the weakest weapons in the game
The game isn't balanced well, that's its issue, having to hit low level enemies a gazillion times doesn't make it fun just before it's more difficult. You're merely taking a broken experience and turning it into another broken one.

SotN is nothing but a blueprint for greatness but the thing itself is leaving too much to desire.
Anonymous
Quoted By: >>8140356
>>8131235
To be honest, after playing it, the extra stuff from the saturn version isn't really worth it for the most part. The few things I really liked were the running shoes, the bat being able to zip through screens until hitting an obstacle and a few new weapons. Maria mode kinda sucks to play. The rainbow cape is actually rad.

We got a recent patch fixing some things and doing much good. 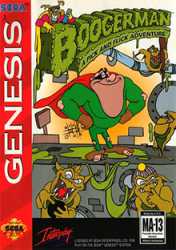 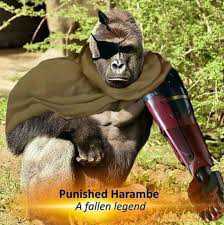 13KiB, 224x225, 1621867037259.jpg
View SameGoogleImgOpsiqdbSauceNAO
Quoted By:
I've recently finished Soul Reaver on the PS1. Immediately started Shadow Man after, but didnt enjoy as much
9 posts omitted
Anonymous
Quoted By:
I'm playing through my games again, mostly short ones, I like them. Right now, I'm playing Super Mario World for the nth time. I lost the counting.
Anonymous
Quoted By:
Beyond Oasis
Bosses look fucking sick but I'm not enjoying the game all that much. Just got the third power, not sure if I'll finish it.
Anonymous
Quoted By: >>7813057
Way Of The Samurai. This game is structured so fucking cool. I immediately started doing dumb ass shit and the villains started recruiting me.
Anonymous
View SameGoogleImgOpsiqdbSauceNAO 427510_screenshots_2021021918355 (...).jpg, 301KiB, 1366x768

Quoted By:
>>7813045
Based. I've only played WotS 3 and 4 (they get extremely cheap on sales on Steam btw, only a couple bucks at 90% off) and everything about them is awesome, especially the combat and the setting of 4.
Anonymous
Quoted By:
Playing Second Sight on PS2. Some of the action mechanics are clunky as hell and feel overly ambitious, but there's a lot of charm to it. Love how open it is with how diferently you can tackle a situation (though you can pretty much breeze through any enemy encounter if you headshot with the tranq gun). TimeSplitters aesthetic and Graeme Norgate score too, can't go wrong.
Anonymous 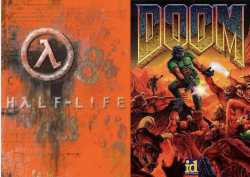 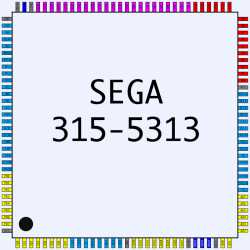 >>7996103
>Sega CD would of done better if the Genesis had more VRam and more CRam.
you're genuinely retarded. not only was there a dire lack of software at launch, but the cd-rom was so painfully slow that it turned off everyone from using it and was literally shat on in gaming magazines around the world. it wouldn't matter if the megadrive had 1gb of RAM, it still has to load all of its data from a painfully slow cd-rom drive.

>>7996158
>32X only got made because the Genesis had such a low color pallet,
absolutely false and fantasy bullshit. 32x was sega's final effort in extending the life of the megadrive with a faster cpu and better video. it failed even harder than the cd-rom drive.

>>7997273
>But without master system compatibility there would be no point including the z80
z80 was used as a co-processor to drive audio in many arcade machines, including sega's own boards - which the megadrive is loosely based on. sega would have still included a z80 regardless to take processing load off of the m68k.
Anonymous
Quoted By: >>8000354 >>8000382,1
Wiki states:
>Pixel bus (120-127) outputs palette index, palette line, Shadow/Highlight state, if enabled. Used for external colour RAMs.
Could Sega have just simplified the VDP by removing the internal CRAM and just used an external 2048 kb SRAM chip instead? Wouldn't that have held the entirety of the Genesis' 6-bit palette? Then as nodes shrink they could have made it internal into a VDP revision later on. Am I misunderstanding out the external CRAM bank works?
Anonymous
Quoted By:
>>8000351
sorry, 9-bit master palette, not 6
Anonymous
Quoted By:
>>7998525
This anon gets it.
Anonymous
Quoted By:
>>8000351
More like a 32KB SRam chip.
Anonymous 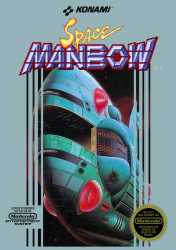 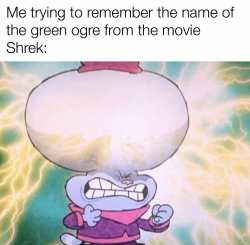 56KiB, 750x736, usn93jcc4j751.jpg
View SameGoogleImgOpsiqdbSauceNAO
Quoted By:
In the back of my deepest memories I remember seeing an image of this 90s anime biker chick from a PS1 game who's pants were a jean trouser leg on one end and a bare short shorts on the other. She was cute as fuck, but I have no idea what her name was or what game she's from. Do you have any images of her?
23 posts and 15 images omitted
Anonymous
Quoted By: >>7935721
Why was the one-ripped-pant-leg jeans even a thing? I remember it as a costume in the original Dead or Alive for Tina.
Anonymous
View SameGoogleImgOpsiqdbSauceNAO images.jpg, 8KiB, 259x194