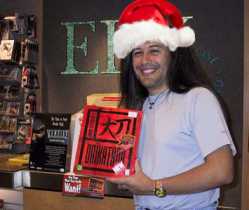 The Genesis version is KINO and was one of my favorite games for the console.
Anonymous 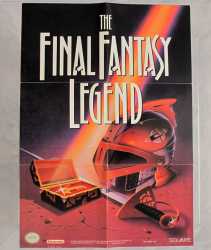 113KiB, 630x745, iu.jpg
View SameGoogleImgOpsiqdbSauceNAO
Quoted By: >>7207998
Thoughts on this, the sequel, and third games?
10 posts omitted
Anonymous
Quoted By:
>>7206363
1 felt archaic and limited even back then, and I don't remember much else, so it was forgettable I guess. The start of the game was rough.
2 had some memorable moments, the inside of a body being a dungeon, fighting greek gods, that lady who cut her own face as a fuck you to Aphrodite. Cool magi system.
3 was my favorite on gameplay alone. Easily holds up today.
The ability to turn party members into monsters and cyborgs by having them eat monster meat or install parts was the best thing. A lot of experimentation to be had there.
Anonymous
Quoted By:
Played the fuck out of FFL 3, such a great jarpig game on the gameboy (let's be honest, there weren't many), still have mine in my greyboy and play it occasionally.
Anonymous
View SameGoogleImgOpsiqdbSauceNAO 1592989074925.png, 63KiB, 657x527

Quoted By: >>7208793
>be kid
>see FFL2 in Nintendo Power
>HOLY SHIT THIS LOOKS AMAZING
>read through the Nintendo Power guide probably a hundred times over a couple years before eventually forgetting about it
>years later, see the complete series in the used bin at a game store for cheap, buy them all
>play for like 15 minutes
>get bored and never play them again
Anonymous
Quoted By:
>>7208763
I know that fee. Sometimes I can't wait for dementia to set in so I can mentally revert to being a child and actually enjoy all these games...
Anonymous
Quoted By:
>>7207869
They're part of the SaGa series, but were renamed to be more appealing to gaijin. Mystic Quest is part of the SaGa series too(at least in my head canon), since the art style is so eerily similar, and in Mystic Quest you also get companions that are way stronger than you(just like in FFL 3)
Anonymous 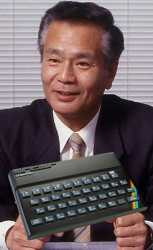 >B-BUT NINTENDO NEVER EVEN HEARD OF IT
>Iwata recalled, "We examined nearly every game console then on the market, including machines we imported from other parts of the world, such as the Sinclair ZX Spectrum, but none of them had the graphics fidelity we wanted. We came up with the idea for the game pad as we were worried that children could break conventional joysticks too easily. We were a bit obsessive about that; the Famicom's controller buttons were tested with a machine punch and pressed more than 1 million times, and still worked afterward."[45]

>Later when asked about Metroid, Iwata remembered, "Oh yes, I remember a particular game... Gunpei Yokoi was quite taken with it. It was called Jet Set Willy, on the Sinclair ZX Spectrum. We had all become familiar with this British hardware during the design phase of the Famicom. Gunpei based much of the gameplay design of Metroid on this game, Jet Set Willy."[46]

>B-BUT JEREMY PARISH SAID
That Jet Set Willy was the first proper Metroidvania:
>While we can trace antecedents of the Metroidvania to games such as Adventure and Montezuma’s Revenge, the real genesis—the Year Zero, if you will—of the genre is found in Matthew Smith’s Jet Set Willy for the Sinclair ZX Spectrum. Here all the tropes of the Metroidvania are present: the open-ended exploration, the use of items to unlock new areas of the map, the kick-you-in-the-testicles difficulty and the sparse, gloomy atmosphere [...] all of these factors come together to give birth to the Metroidvania as we recognize it today.
—Jeremy Parish, Gaming Historian and expert on the Metroidvania genre
Anonymous
Quoted By:
Would Gunpei have lived if he had invented the Willyvania genre? I guess we will never know.
Anonymous
View SameGoogleImgOpsiqdbSauceNAO 1525917073634.jpg, 168KiB, 1348x812 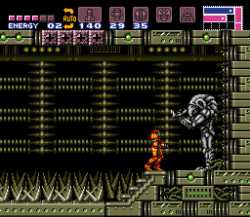 28KiB, 512x446, proxy-image.gif
View SameGoogleImgOpsiqdbSauceNAO
Quoted By:
You guys keep complaining about Carnival Night barrels but how the fuck was anyone supposed to know what to do here?

Chances were you scanned the area and didn't find anything useful, then you went back to find a closed door. You probably died in the spikes and avoided the room after thinking you missed some other entrance or something. Even if you rolled up in a ball and just started fucking around you had to get really lucky because you actually have to be in the precisely right spot for the statue to activate.

And there is no clue to be found anywhere. 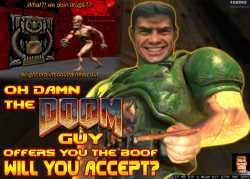 >>7199241
its literally a remake in a certain POV.
Also its interesting how KMQ2 + lazarus is far more advanced than default Q2 3.20 for mapping, which Yamagi and Kirk despises it due to "Muh pure code" which is something that the Quake 1 community threw out of window to create AD and other cool shit
Anonymous
Quoted By:
>>7199643
The BFG becomes easier to understand when you see it as a really big shotgun with a delayed fuse.
Anonymous
Quoted By:
New Thread
>>7199698
>>7199698
>>7199698
Anonymous
Quoted By:
>>7199651
Just realized posting in the archive doesnt let me do shit so Ill try replying again:
Please somebody tell quakeulf (the :3 dude) about KMQ2 so he would implement its features in his next project cause honestly vanilla Q2 is woefully bland ever since the Pax Imperia mappack which brought together the monsters and items from both addons and also included the extra Lazarus mod stuff on top of it.
Anonymous
Quoted By:
Still trying to get a hold of controls, and getting owned in 'im too young to die' in brutaldoom, but it's very fun.
How does one best manage having multiple weapons at the same slot? I wanna go fast but running and gunning and switching to sth i didn't want to only very slowly reload or not have ammo and die is annoying.

Also, is there akin to an areana mode rather than the normal story?
Anonymous 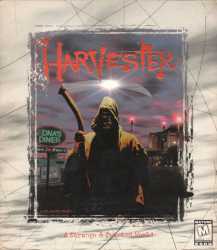 Quoted By:
>>7134810
they both have problems, and while darkseed 1 is trial and error bullshit, it's a much more pleasant game to listen and look at than darkseed 2 which was getting into the whole shitty ugly 90s FMV craze and had a lot of retarded shit. darkseed 1 also had a pretty weird NES bootleg for any of you fellow bootleg autists.
>>7160820
fuck
>>7162295
very based. you reminded me to check out the soundtrack again. listening to that one track again, yeah it's fucking amazing and just oozes that cyberpunk atmosphere. the dude who composed it recently released a "remastered" version of the CD and amiga soundtracks on his bandcamp if you're interested.
https://dreamweb-remastered.bandcamp.com/album/dreamweb-the-soundtrack-remastered-side-a
of course, it also includes the CD soundtrack that came with the game that a bunch of people overlooked. im' sure you've listened to it already, includes longer more fleshed out versions of several of the game's tracks
https://dreamweb-remastered.bandcamp.com/album/dreamweb-the-soundtrack-remastered-side-b
really wish this dude did more stuff, can't find anything else he did under his name.
hot take: i think dreamweb is the best cyberpunk game. it's got so many fucking janky problems and it's weird tedious bullshit at several hundred points (all that computer stuff) but for the short time it lasts it's great.
i think if it was just tuned up a bit more (maybe even longer?) it could've been a masterpiece. i dunno, might be a shit take, but i could get into the atmosphere of dreamweb immediately but couldn't even get into deus ex when it was released, so who knows
Anonymous
Quoted By:
>>7134763
>>7134785
>>7134793
You were always a kidder
Anonymous
View SameGoogleImgOpsiqdbSauceNAO hqdefault.jpg, 26KiB, 480x360 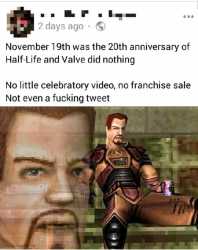 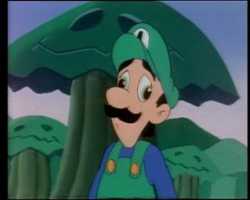 10KiB, 288x231, unnamed.jpg
View SameGoogleImgOpsiqdbSauceNAO
Quoted By: >>7093017
So now that 6th gen vidya is allowed, has /vr/ fallen or have the "zoomers" been behaving?
123 posts and 18 images omitted
Anonymous
Quoted By:
>>7091631
im not obsessed with trannies so dont lump me in with you faggots
Anonymous
Quoted By:
>>7085205
At this point it really depends on what thread you enter.
go into 6th/5th gen thread and you'll often see:
>frog and wojak posting
>needless console wars crammed in at every opportunity
>buzzwords
>forced memes
But anything thats not those threads have very little of that shit and are far more tolerable. I like 6th gen stuff but those threads attract some of the lowest bottom of the barrel /v/tards and I feel my IQ draining just by being around those people.
Anonymous
Quoted By: >>7094023
>>7091563
Unbannable baka. They just keep removing my comments, even the ones that do not break rules as though it's a redditor account being banned (they miss doing that to people, the mods do) and I go through desuarchive and repost random shit they deleted to keep them busy. Not that my actual offense strictly breaks rules when innitially 'banned' to begin with.

It's as easy as https://desuarchive.org/vr/search/deleted/deleted/

Sometimes I get lazy and play video games or I'd start raping the board for 12 hours straight like I used on some other boards.

It's on my todo list to break some redditor spirits. They think they're still modding redditor subs. It's pathetic. I don't have to build up karma here to keep posting and recover of deleted comments is easier than on redditor archives.

Whenever I game it just sends the janny/mod into a sense of false security and they get very mad and they've been mass pruning/banning tons of posters more than usual I've noticed, probably trying to get all of my area when it ranges from more than one area of the USA. XD
Anonymous
Quoted By: >>7094023,1
>>7093713
And this is why your trip was permabanned. You're literally just a shit disturbing troll who desperately wanted to be seen as an authority but when that didn't work out all you had left was venom and a desire to ruin things for others as much as possible. I feel bad for your kid having such a loser for a father.
Anonymous
Quoted By:
>>7094023
I'm an anti-natalist.