I spammed discord sever links, tipfagged pretending to be a girl, etc and have yet to be banned. im immune what do
Anonymous
Quoted By:
posted wrong pic monkas
Anonymous 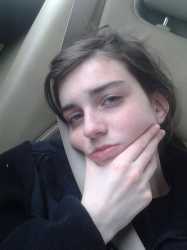 What will take the place of the nerd culture once it gets played out in 0-2 years from now? What will be the new fad? Traditionalism perhaps? 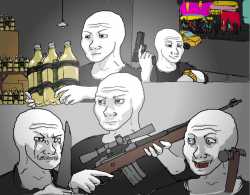 the best way to piss off the fed and the world is to not do anything at all. drop out of society and watch normalfags seethe as you cause their machine to collapse
Anonymous
View SameGoogleImgOpsiqdbSauceNAO demondicefan.jpg, 50KiB, 828x807 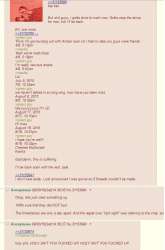 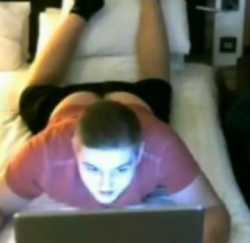 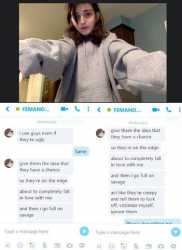 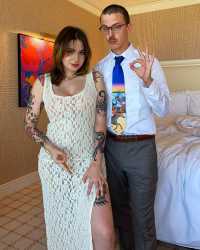 ian was being a butthurt fag and trying to do a hitpeice on Sam but it failed miserably
Anonymous
Quoted By:
>>66945544
he should have picked a tie that isn't a retarded meme. and tied it properly, the knot is too loose.
Anonymous
Quoted By:
>>66947257
>Ian contacts Sam because he wants to make a "documentary" about him
>Sam decides to take this occasion to turn the whole thing into a comedy act
>Puts up a fake studio and pays a bunch of people to act as his crew, do weird things, they're trolling Ian basically
>Ian looks very uncomfortable the whole time
>During a one on one interview, Ian reveals that the reason he decided to do this is because something like 8 years prior Sam copyright striked on of Ian's video and he's been pissed at him this whole time
>Sam doesn't even remember that
>After 4 days Ian gives up on his little project and leaves
>Sam decides to release his part of the footage
Honestly the most interesting part was seeing how little chemistry Sam and Ian had and particularly how awkward Ian was the whole time
Anonymous
Quoted By:
>>66947261
>yeah, who the fuck cares if Gaels fought for 8 centuries again foreign interference, this time its different
Anonymous

Ciara, the retarded traditional smelly Scottish slut, shrieked when I suddenly tore the night dress from her body, the pieces of silken material floating uselessly to the floor at her feet. Jolting then, she gasped, when one of my hands went straight between her legs. "No." She struggled, trying to twist out of his grip. "Stop!"

"You're prettier than your voice suggests" He told her, one arm tightening around her waist and holding her tightly against his own hard body while the other hand moved between her legs, a finger pushing against her. "Nicer. More of a lady, just like your whore of a mother"

Clara tried to sink away from me, bending her knees, but she couldn't go anywhere with my arm around her waist holding her upright and against my body. "Stop."

"You can stop pretending." I growled, and she flinched when I began rubbing meself against her arse, so that she could feel just how hard and massive I was. "I sent everyone away. I won't tell anybody; nobody has to know."

"Let me go!" putting as much force as she could behind her words, Clara tried again to get free, "I don't want you!"

She flinched again when my teeth nipped at her ear and I let out another snarl as she heard me fumbling with my pants. Clara gave a gasp then when I suddenly threw her facedown onto the bed, the force of it just about knocking the breath from her lungs. She didn't even have time to push herself up to turn and face me when I followed her, the bed dipping behind her a moment before she felt my weight move over her.

Struggling, Clara tried to rise, but found herself pinned. My massive hands moved down her thigh to her knee an instant before I yanked it up and to the side, opening her for myself.

"No no no no no!" Clara protested vehemently, hands pushing desperately, trying to make me let her go, "Let go."
Anonymous
View SameGoogleImgOpsiqdbSauceNAO perfection.png, 465KiB, 850x426

Quoted By:
>>66906926
I really want to rape Ciara, let her out of my car, and then run her over to get my money back as if she were a prostitute in a Grand Theft Auto game. That would be so tight.

I went on for a long time. I had continued to fuck Ciara the dumb mick hard and fast while she had brought her hands back down to try and support herself as I yanked her back by her hair to meet each of my sharp thrusts. Eventually, she had grown tired. Tired from trying to hold herself up far enough to lessen the pain on her scalp, and tired from fighting me in general. When both of my large hands went to her hips, Clara let herself fall forward, her chest pressed to the sheet as I lifted her by her hips into a better position for myself. My pleasured groan, as I was able to push deeper into her now, sent a shiver of disgust through Clara and she let out a sob.

"Please." Clara cried when I grabbed both of her arms and pulled them around behind her, pinning them both to the mattress as I continued to fuck her, rough and relentless as I forced her down again. Clara just went still, hoping I would get bored or tired and stop. She squeezed her eyes shut as she tried to block it out, trying to breathe around her sobs. She had no idea what she was going to tell everyone when she returned to Target that morning and snap selfies of herself in the bathroom like the vapid shit-devouring cunt she was.

When I stilled, Clara opened her eyes when she felt my hand grip her hips. She thought for a moment that it was over, but then I'd flipped her onto her back, my hands forcing her thighs apart again as I pushed myself between them once more and, with a shriek, Cooareng Horeesyan Lorton Gracie, the traditional Scottish slut, scratched at my face, kicking and trying to roll away or crawl, or do anything she could to get free.
Anonymous
Quoted By:
Ciara BANGBANG Lorris. It rhymes with Horris. And now her thread got deleted. See you next time, Carlacels.
Anonymous
Quoted By: >>66906948,3
Oh no no no no no. We got too cocky Ciara bros!
Anonymous
Quoted By:
>>66906948,2
Her name is BLACKED Hoganek. You dishonor her by not calling her by her name.
Anonymous